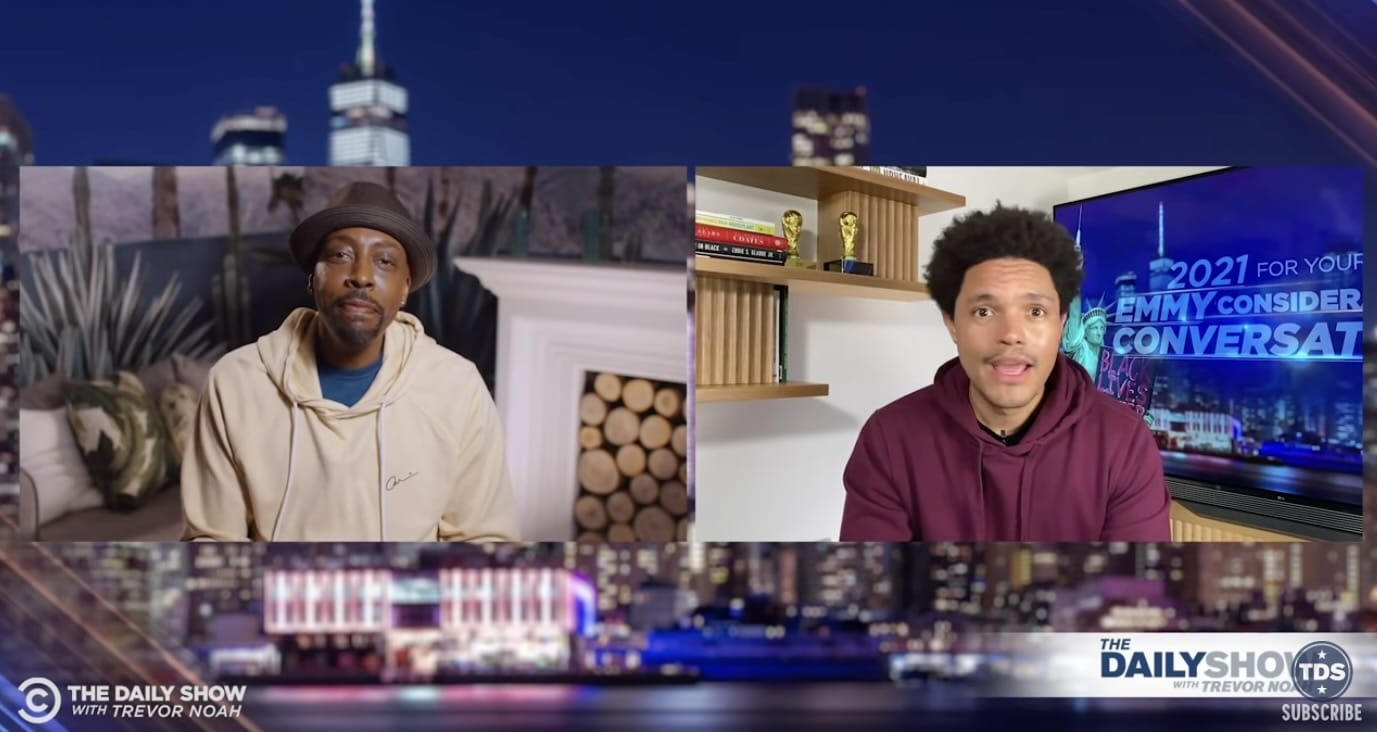 The host of “The Daily Show” and the host of “The Arsenio Hall Show” – two of the few Black comedians to have led a late-night show – joined forces for a great conversation and a metaphorical passing of the baton as part of the Comedy Central show’s For Your Consideration campaign.

Trevor Noah chopped it up with Arsenio Hall to chronicle his journey hosting “The Daily Show,” transitioning to a virtual, socially-distanced show experience, collaborating with the correspondents, and more. During the hourlong chat, Noah revealed that he has a “few surprises” waiting for the show’s return to the studio: “I’m working on a few things with the team, and we’re really excited because I want it to be intentional. People always say, ‘When are you going back?’ I’m never going back, I’m only moving forward.”

Hall, who told a story about how he was the subject of a focus group when he wore ripped jeans on his show, asked Noah when would he swap his infamous hoodies for a suit.

“I might never,” said Noah. “I might never put on the suit or the shoes or whatever. I don’t know. This is who I am. I think the pandemic has stripped a lot of people of that pomp and ceremony. I think it’s a good thing. We see each other a little bit more. I don’t know if I’ll ever go back to the suits and the leather shoes. If I do, I do. If I don’t, I don’t — but I will no longer think this is something I have to do.”

Hall called Noah a “trailblazer.” Noah told Hall: “Part of the reason I’m here is because of you. Do you realize how hard this was for me? I had to come all the way from Africa, I had to take over a television show, I had to do it for six years just to get Arsenio Hall to interview me.”

Hall shared a story about how the suits at Paramount, which ran his syndicated late-night show, weren’t sure they wanted to give Bobby Brown two songs on the show, which made him laugh more when he realized they had no idea who he was.

“I rode a horse to Paramount, you probably arrived in a Tesla,” Hall joked, adding that he didn’t have to worry about the digital side of the business.

Hall, who said he first encountered Noah while watching his stand-up at Eddie Murphy’shouse, asked if he faced additional challenges being a Black man from South Africa.

Noah replied: “Black people are Black people, wherever you go on the planet. That’s not to say Black people are a monolith but rather to say as diverse and broad as Black people are, unfortunately there’s one experience that has connected Black people and that is oppression. I might not be from Philly … but when we talk about police, we all talk the same language. When you’re Black, race is always at the front. You don’t get to opt out.”

Watch the full conversation below: