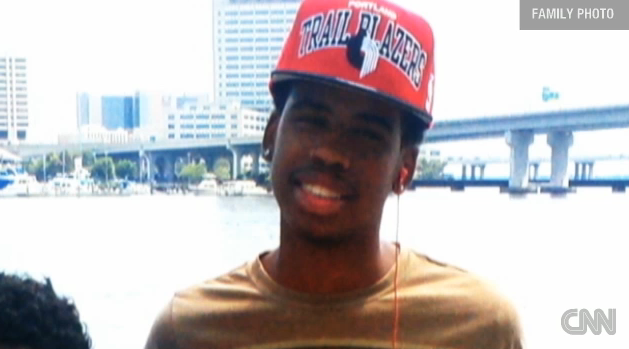 In a case that is being compared to the Trayvon Martin killing, 17-year old Jordan Davis was shot to death on Friday at a Jacksonville gas station after he and several friends got into an argument with 45-year old Michael Dunn. 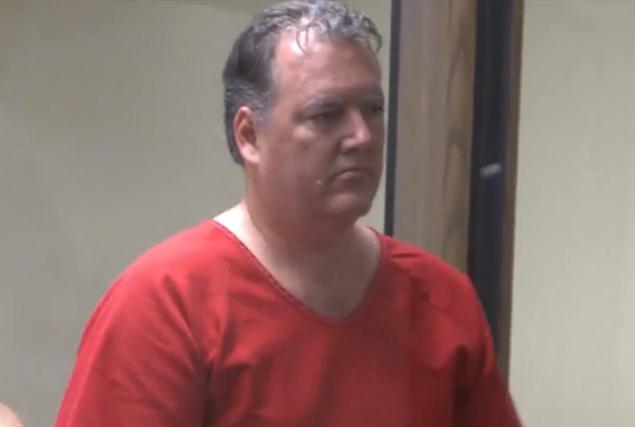 Dunn had pulled into the gas station with his girlfriend. While she was inside the station he got into a heated argument with a group of black teens in an SUV after he asked them to turn down their music.

Dunn claims he saw a gun in the SUV and felt threatened. He opened fire on the vehicle letting off eight shots, two of which struck and killed Davis.

Dunn, who is white is represented by attorney Robin Lemonidis. She told CNN that her client may seek protection under the state’s controversial Stand Your Ground Law.

"Self defense applies because Mr. Dunn was threatened," Lemonidis said. "We can't say what the defense will be at this stage … but Stand Your Ground is a possibility."

There were no guns found inside the teens' car, the Jacksonville Sheriff's Office said.

Ron Davis, the victim's father, is devastated. He said there was no justifiable reason for Davis to shoot at the SUV his son was riding in.

"He did something that there was no defense for," the father said of the suspect.

Ron added that his son was a good kid with no gang affiliation. He said the teens initially thought the gun Dunn pulled out was fake. When they realized it wasn't they tried to back up their vehicle before being caught in the gunfire.

Lemonidis says the four teens in the SUV were threatening to kill her client.

"Kill that motherf*cker. That motherf*cker's dead. You dead b*tch," are some of the threats that were shouted at Dunn according to Lemonidis. "And he sees a shotgun coming over the rim of the SUV, which is higher than his Jetta. All he sees are heavily tinted front windows that are up and the back windows that are down. And the car has at least four black men in it. And he doesn't know how old anybody is. He doesn't know anything, but he knows a shotgun when he sees one."

Lemomidis says any comparisons to the Trayvon Martin case are preposterous.

"That's ridiculous. Michael is not a vigilante," the attorney said. "He's a brilliant software developer. It was never his intention to kill anyone. There are no comparisons to the Trayvon Martin situation. [Dunn] is devastated and horrified by the death of the teen."

Dunn was arrested at his home on Saturday and charged with murder and attempted murder. He remains in jail after being denied bond on Monday.

This story brings me to a good point i wanted to share about white prejudice. Thanksgiving weekend i flew from Pittsburgh to Ft. Lauderdale on US Airways. I always have a window seat every time i fly so in my row was a white boy in the middle seat around 10yrs old and his father in the aisle. I was listening to heart & soul channel my satellite radio portable device and about a hour into the flight the white father made a comment to me "Can you turn your music down it's really loud thank you" I was like "What?" My music wasn't even as loud as he made it seem it was because i wasn't listening to rock heavy metal or his musical choice that's why he had a problem with me. I had Sirius earbuds that come with the Stilleto 2 mp3 player but, imagine if i had some Dre Beats earbuds then he could've said my s*** was loud and i would have agreed. I'm 39yrs old and i do listen to my music loud in my truck or with a headset on sometimes but i haven't gone deaf yet so let me live. I didn't turn down s*** though and the father had a stink look on his face and i immediately went into gang face mode. I kept looking over at him from time to time but he never looked me straight in my eye and i was trying so hard. To tell you the truth the only reason he didn't get a good black women kiss my ass cursing out from me was because he had his son with him. Even he looked weird like i was the first black woman he had ever seen before in his life. My point is you can tell white people that truely have been around blacks and feel comfortable with us verses these redneck muthafuckers who can't stand us. This shooting is no different! Jacksonville, FL has a large black population to begin with. The white man and Florida teen only had to cross paths at the gas station from 3 - 5 minutes top. You mean to tell me this honkey couldn't deal with the music get his gas and be on his merely way. You can't control someone else's s*** especially in a public environment like that does the white man pay the teens car note. I don't know what's wrong with some of these crackers cho "Go Suck You Mumma"!

Thats y ppl need to mind their own business. The music was loud so what. The defendent has no right to ask them to turn down the music

Comment by Bruce Thorne on December 9, 2012 at 3:07pm
Hi Evo i get your drift u should be a Black Panter.This is just too much, every time u turn around is some black teenager shot to death by a Caucasian mail.When are we going to retaliate ? we cant always wait for Al Sharpton and march in the street.That is no solving the problem,we have adopt a new strategy.If the situation was reversed all hell would have broken loose.We cant be sitting ducks we need to wake up and smell the gun powder.

I tired preaching this same old tired story…. if they murder one of yours, murder ten of theirs. Jackasses’ gine start marching like sheep and keeping plenty noise like the last time and nothing happen but the same thing all over again. If it was up to me, I would murder his family the lawyer and any other white person that support him. These people only understand violence and if our folks don’t wake up and understand that, their kids will continue to get murder in cold blood.

Ahh! here we are again people. Like I said in the Trayvon post; this s*** will continue until we shoot back, period.

this is like slavery again and we people need to band together. i am a grown woman and there is nothing i like better than after a hard day at work to blast my care music whether its gospel or some Beres i love both, so some gonna shoot me because me playing my music loud BULLSHIT!!!!!!!!!!!!

Comment by O g on November 30, 2012 at 5:32am
It time to abolish that stand you ground law cause too much white people using this has away out of murder.

Why not?  They get away with it.   Anybody can lie and say they felt threatened.  I say that's just a complete cop out.

so many fuckery going on with these mother f.....king punk ass white trash b****** .who feel they can go around and do fuckery and have .some lying  bastard lawyer. saying oh my client feel threatened.let see what is the out come of this case .now it pain my heart to see these   s*** happening .