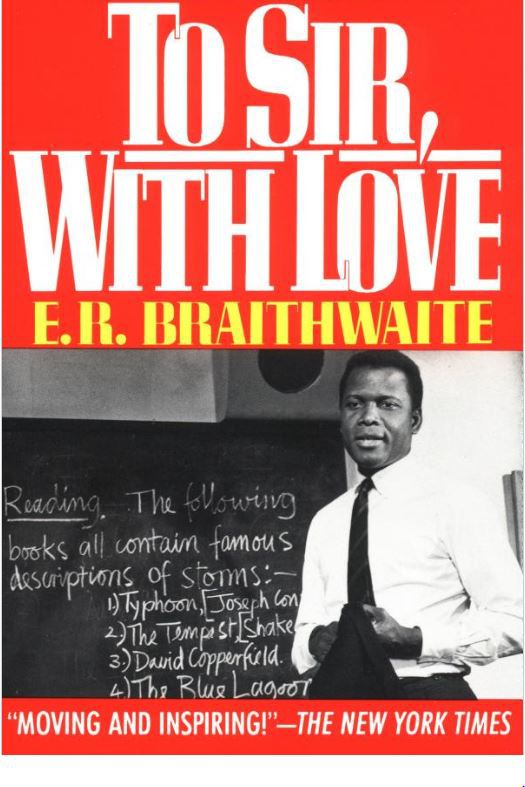 Edward (E.R.) Braithwaite, the Guyanese author of the seminal book, To Sir With Love, which became the basis of a hit move by the same name, has died at age 104.

Braithwaite passed away on Monday in Rockville, Maryland, in the United States.

He had taught at Howard University for many years.

He later moved to Britain and fought in the Royal Air Force, but later, even with the benefit of a Cambridge degree in engineering, he was denied a job in a related field because he was Black.

Desperate for meaningful employment, he turned to teaching and wound up in an unruly class in a London slum school. It was that experience in which he helped to turn the lives of his students around while also detailing his experience of racism in Britain that he chronicled in To Sir With Love.

Later he served as a diplomat representing his country, Guyana, at the United Nations and in Venezuela.

He spent much of his later life as a lecturer and wrote several other books.

Probably my favourite movie of all times. Still can't resist watching when it comes on and it still touches me the same as when I was a child. Seems he had a long & fruitful life. Thank you & RIP.

Comment by emma peele on December 16, 2016 at 3:31am
He took lemons and made lemonade with sugar.

Comment by Robert on December 16, 2016 at 2:14am
God bless his soul rest in peace ,a wonderful inspiring movie.