Being called "Tiger Woods' mistress" is not a title Rachel Uchitel ever saw coming, revealing she's completely devastated by The National Enquirer's claims that she was having an alleged affair with the pro-golfer. Uchitel has denied reports that she is involved romantically with Woods and tells Hollywood Life, "I'm not OK! This is awful!" And she definitely wasn't ready to lose her privacy -- as a sea of paparazzi and reporters greeted her at LAX, hounding her with questions.

In an interview with Usmagazine.com, Uchitel said, "I did not have an affair with Tiger Woods. I met him twice and have not heard from him since." As for reports that their alleged affair prompted Woods' mysterious car crash Friday, she said, "I don't understand why anyone would think this is anything to do with me."
According to HollywoodLife.com, Uchitel and Woods met at least once in May at upscale NYC nightclub Griffin, where she used to work as a VIP hostess. A source claimed that Woods went to visit her at the club one night at the end of May. "He went just to see her," the source said, but that there was "no hand holding or anything obvious."

And this is not the first time she has been linked to a celebrity. She previously was linked to 'Bones' star David Boreanaz. RadarOnline claims that Uchitel had an affair with him while his wife was pregnant. She denied this claim. According to Us Weekly, her mother has told friends her daughter has dated New York Yankee players Derek Jeter and Alex Rodriguez.

Uchitel first made headlines after she lost her fiance, Andy O'Grady, on 9/11 and shared her grief in a moving piece in the June 2005 issue of Cosmopolitan magazine. She became the talk of the town and many empathized with her grief. It was after this that she started occupying space on gossip pages on a regular basis.
She has hired L.A. based attorney Gloria Allred and is considering, among other things, suing the National Enquirer for defamation (via TMZ.) 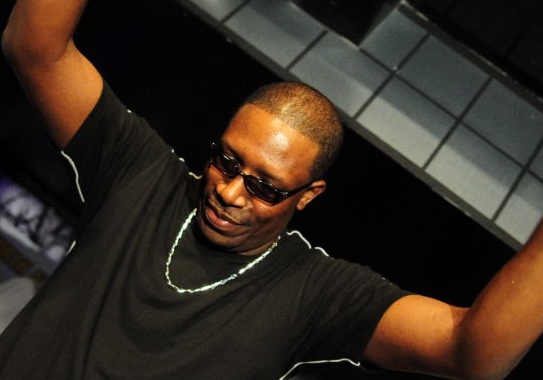 ANOTHER HOLE IN ONE FOR TIGER WOODS

Comment by MS. GG OWENS QUEEN AKEBA on December 1, 2009 at 12:57pm
JUST ANOTHER WHITE GIRL WHO IS NOT DESERVING OF ANY PRESS OR PUBLICITY. MOST ARE ALWAYS LOOKING FOR A BROTHA TO SCAM AND PRETEND THEY ARE IN LOVE..YEA WITH THE MONEY. THE FATAL PART OF ALL THIS IS THAT BLACK MEN ARE REALLY NOT USING THEIR BRAINS WHEN THEY SLEEP OR DEAL WITH THE SLAVE MASTERS CHILDREN...SHAME ON THE MINDLESS THINGS THAT PEOPLE DO AND CONTINUE TO DO ON A REGULAR BASIS. TIGER WOODS MUST USE HIS BRAINS LIKE HE DOES ON THE GOLF COURSE...OR ELSE HE WILL FALL PREY TO COURT AND THE BANK THAT WILL ASSIST IN DRAINING HIS ACCOUNT FOR WORTHLESS WHITE TRASH FEMALES.
AND READING THE COMMENTS..NO WHITES SHOULD SUCK THEIR OWN DRY.. CUT AND DRY. AND WHO CARES ABOUT STUPID FOLKS WORRIED ABOUT WHO IS SLEEPING WITH ANYBODY ANYWAY...

Comment by Jamaican me happy on November 30, 2009 at 8:17pm
This is what happens when you are a public person. You cant crave for the media attention when every thing is going to your likings and use the media to promote yourself and your products but when the going is bad , all of a sudden they should go away. I love this stuff and it is the top story in the world last week and this week. Cudos to who posted this story. Oh, that's me!

Comment by Jewel Holder on November 30, 2009 at 7:14pm
I agree with shelly26. Some people need to get a hobby so they can mind their own damn business!

Comment by SERIOUSWOMAN on November 30, 2009 at 5:46pm
SO WHAT, MIX MUD TIGER AND HIS WHITE PUPPYS LOL ....OJ AND TIGER OR RELATED LOL...WHITE MEN MONEY THEM WHITE WOMEN KNOWS HOW TO KEEP THE MONEY IN THE FAMILY LOL....BLACK MEN GOT IT AND THE WHITE GIRL COME TO GET IT BACK LOL....THE WAY THEY SEE IT YOU WILL NOT SPEND IT ON A BLACK FAMILY WE ARE HERE TO MAKE SURE OF THAT LOL....SO ON THAT NOTE ....GO WHITE GIRL TAKE ALL GOOD FOR HIM HE WILL SEE IN A LONG RUN OR SHORT RUN LOL.

Comment by CobraFire on November 30, 2009 at 4:14pm
Trash talk.!!!."National Enquirer" is a trash magazine . I thought that magazine went out of business.
Who reads this trash? Who cares? I guess anybody who likes GOSSIP, reads trash and I guess they have nothing else to do.