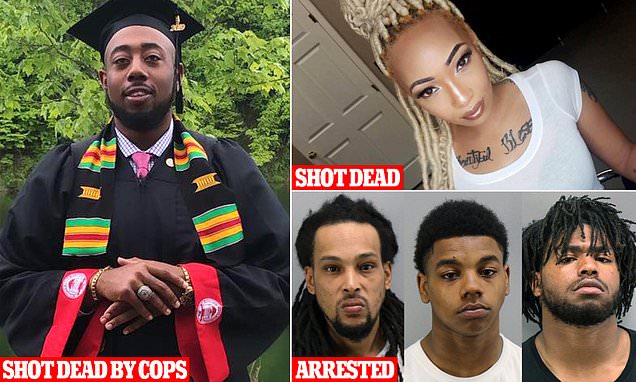 Three more men have been arrested in connection with the fatal shootings on Friday of two people, including the cousin of pop musician Pharrell Williams and a reality television star, and the wounding of at least eight others in Virginia Beach.

The three suspects taken into custody on Tuesday have been identified as Gerald Scott Thomas II, 25; Jhaimeek Kerion Carter, 19; and Tyereis Smith, 18. All are residents of Virginia Beach.

Six people have now been arrested over the shootings at Virginia Beach.

In a separate shooting incident nearby, former Bad Girls Club cast member Deshayla 'Shay' Harris, 29, was killed by what is thought to be a stray bullet. 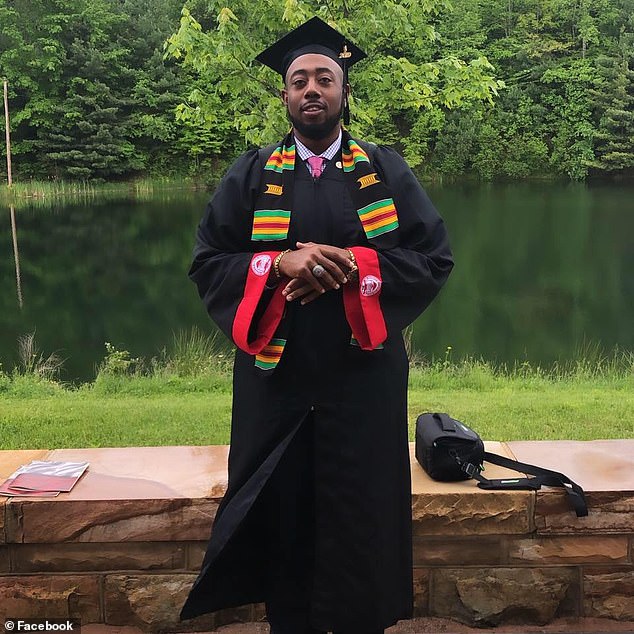 Donovon W. Lynch, 25, a Virginia Beach resident, was an offensive lineman for the University of Virginia's College at Wise during the 2017 and 2018 seasons and a 2019 graduate of the school. He was shot dead on Friday on the city's Oceanfront in an officer-involved incident 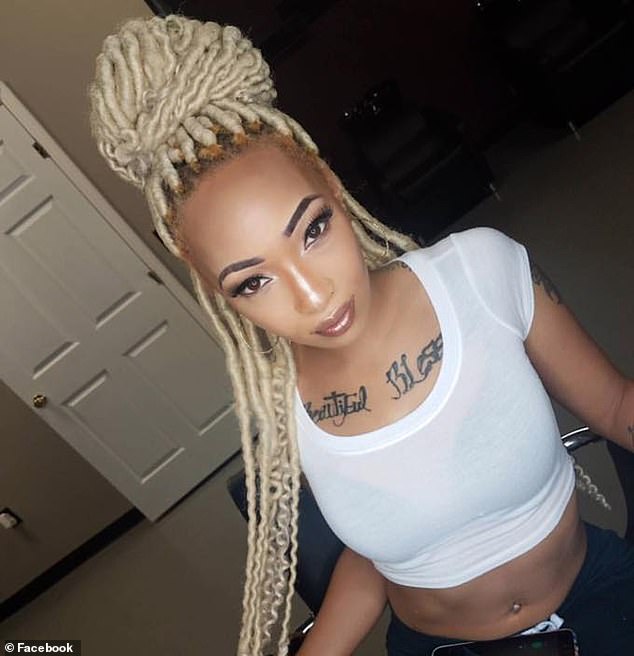 In a separate shooting incident nearby, former Bad Girls Club cast member Deshayla 'Shay' Harris, 29, was killed by what is thought to be a stray bullet 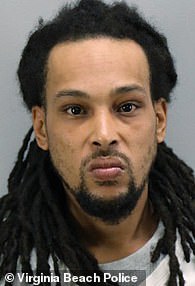 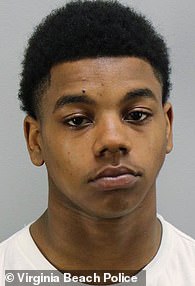 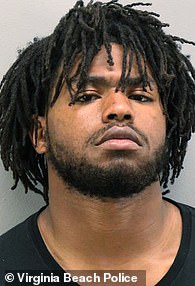 Police in Virginia Beach announced on Tuesday that they have arrested three more suspects in connection with the fatal shootings. The three suspects taken into custody on Tuesday have been identified as Gerald Scott Thomas II, 25 (left); Tyereis Smith, 18 (center); and Jhaimeek Kerion Carter, 19 (right). All are residents of Virginia Beach

On Monday, three men who were charged with participating in the initial gun battle all made their first appearances in court via video link.

Investigators believe the first of the shootings, for which the three men are charged, stemmed from a fight involving a group of people, the Virginia Beach Police Department said in a statement. 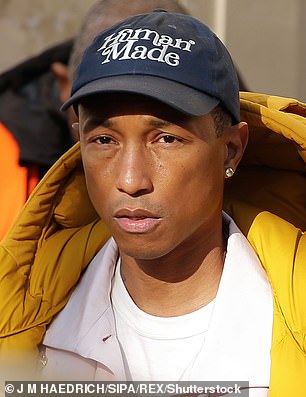 Singer Pharrell Williams (above) has revealed that Lynch was his cousin

They remain in jail without bond and will have bail hearings in the coming days after talking to their respective attorneys.

A seventh man, Malik Kearney, was arrested and charged with driving under the influence and hit-and-run after he allegedly hit a police officer with a car in the vicinity.

Meanwhile, Virginia Beach police said they have turned over their investigation of the officer-involved shooting of Lynch to Virginia State Police after the black man's death amid a rash of weekend shootings drew heightened public scrutiny.

The case has drawn calls for a thorough and transparent investigation from such figures as Grammy-winning musician Williams, who says Lynch was his cousin.

Investigators said they believe Harris was likely a bystander struck by stray bullets while she was on a sidewalk with friends.

The chief said there had been an exchange of gunfire between multiple parties in a nearby parking lot.

More than 50 shell casings were recovered, and nine vehicles had been struck by bullets.

No arrests were immediately made in her death. 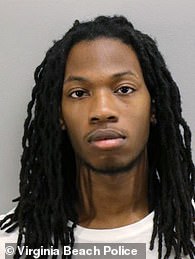 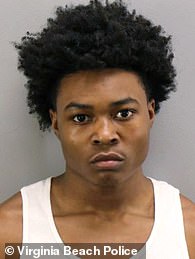 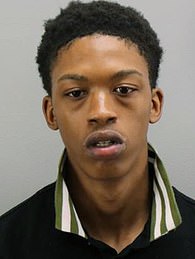 'The Lynch family and the involved officer each deserve a comprehensive and thorough investigation into this incident, and we appreciate the public's patience as we pursue every facet of it,' Virginia Beach Police Chief Paul Neudigate said in a statement Tuesday.

Both Lynch and the police officer who shot him are black.

That officer and another officer who saw Lynch's shooting have both said that Lynch had a handgun, police said Monday. 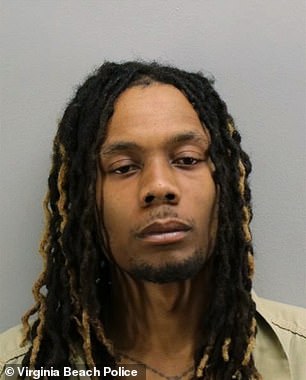 A seventh man, Malik Kearney, was arrested and charged with driving under the influence and hit-and-run after he allegedly hit a police officer with a car in the vicinity

The city's police department also said that a 'separate, independent witness corroborated that Mr. Lynch was in possession of a handgun' earlier that evening.

But the body camera worn by the officer who shot Lynch had not been activated 'for unknown reasons,' police said.

The other officer was a plainclothes detective who was responding to one of the evening's two other shootings and was not wearing a camera, Chief Neudigate said.

The chief told a special City Council meeting held Tuesday to discuss the shootings that the community deserves more transparency.

But he said 'we have very little information to guide our response in our investigation.'

'This is the first time that I've encountered a situation where we've had no body worn camera footage,' the chief said of Lynch's shooting.

Neudigate said most officers want to wear cameras, which can boost conviction rates. 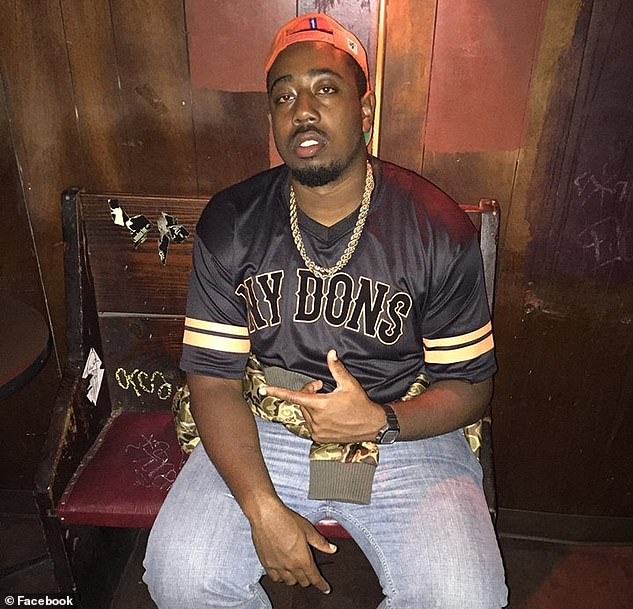 Friends and family of Lynch say that they believe that he was not involved in the gun battle that terrorized Virginia Beach, and was caught up in the chaos at the wrong place at the wrong time 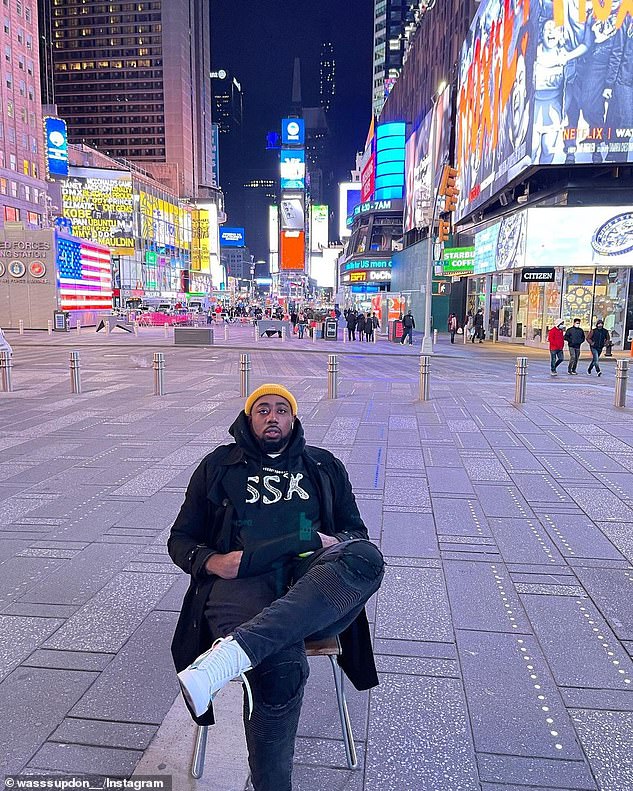 Both officers who confronted Lynch (seen on vacation) said that he was 'brandishing a handgun', and an independent witness told investigators that Lynch had been carrying a gun

And he said they're taught to activate the devices with a double tap.

'But there is some human capacity in there; that you could be confronted with an immediate threat,' he said.

'And the last thing that you're probably thinking about is, "I've got to activate my camera first".''

That same day, Williams told his 10 million Twitter followers that Lynch was his cousin.

'It is critical my family and the other victims' families get the transparency they deserve. VA Beach is the epitome of hope and we will get through this,' said the singer, songwriter and producer.

Police recovered this Ruger semi-automatic pistol at the scene, and said that Lynch had been 'brandishing' it during a confrontation with police responding to a street party shootout 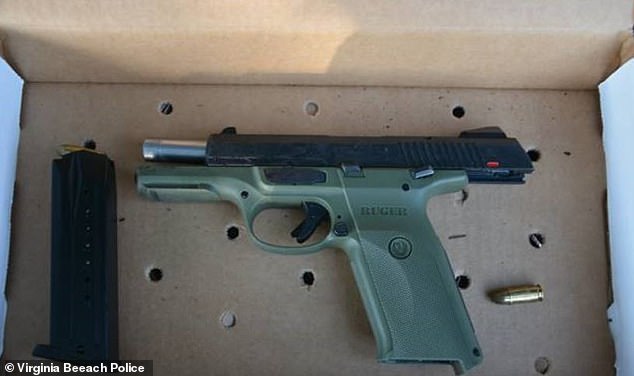 An independent witness also told police that Lynch had been carrying a handgun that evening. Above, an evidence photo shows the gun police recovered at the scene 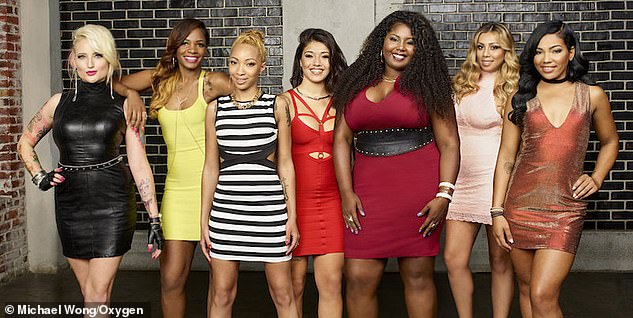 Bad Girls Club cast member Deshayla 'Shay' Harris, 29, (third from left with fellow cast) was also killed nearby in what police believe was a separate shooting

Williams, who is also a Virginia Beach native, declined to comment further through a representative.

Lynch, who lived in the coastal city, was an offensive lineman for the University of Virginia's College at Wise during the 2017 and 2018 seasons and a 2019 graduate of the school.

The officer who shot Lynch has been placed on administrative leave, police said.

He has been with the department for five years and is assigned to its special operations division.

The Virginia Beach chapter of the NAACP said in a statement Sunday that it wasn't surprised that the officer's body camera wasn't turned on.

It said its members are 'watching and listening for the department's inquiry into this shooting and expect a thorough and expeditious report. The community is waiting!'

Virginia House Delegate Jay Jones, a Democrat who is running for Attorney General, has called for the state AG to investigate. 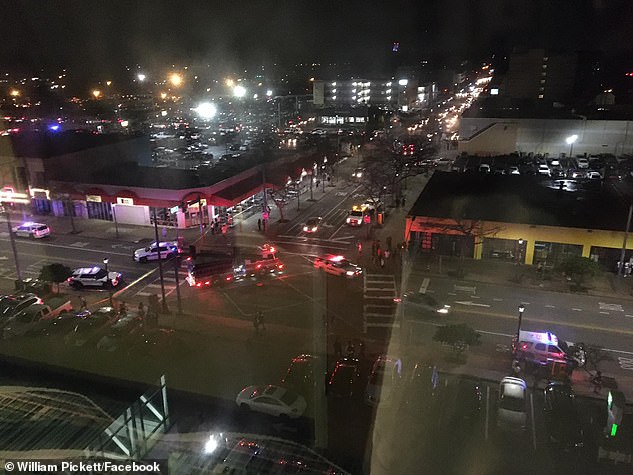 The chaotic night on the shore unfolded after dark on Friday along a densely packed beachfront strip of hotels, clubs and restaurants, where huge Spring Break crowds gathered 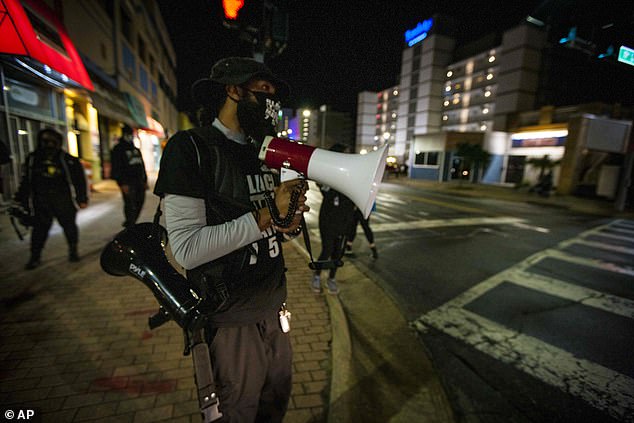 Aubrey 'Japharii' Jones, president of the Black Lives Matter local chapter uses a bull horn to express outrage at the police shooting. Officers did not have bodycams activated 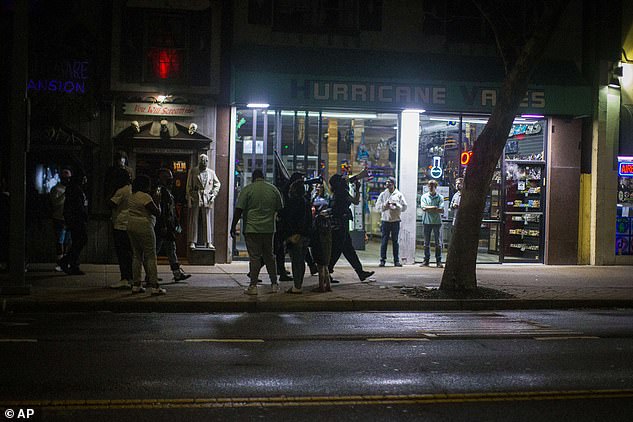 BLM protesters took to the streets of Virginia Beach on Saturday night, expressing outrage at the police shooting

'We need far better accountability and transparency, and the families of those killed by police, in Virginia Beach and across this country, deserve answers,' Jones said Sunday.

Lynch's shooting was one of three separate shooting incidents that police said occurred within minutes of each other along Virginia Beach's oceanfront.

The first broke out late Friday night and stemmed from a fight, police said.

Neudigate told Council members Tuesday that five males were seen firing guns, and shots struck several people. They included a female who is expected to be hospitalized for 'quite some time.'

The chief said three men who've been arrested are associated with two local gangs. Each faces seven counts of malicious wounding, among other charges.

A life ain't worth much these days!