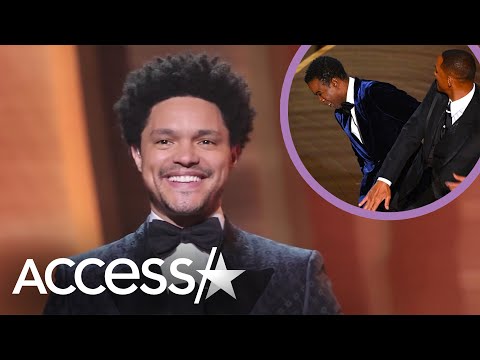 A week after the famous Oscars slap, Will Smith was definitely on the minds of some at the Grammys.
During the pre-televised ceremony for the 64th Annual Grammys, LeVar Burton joked while introducing a presenter.
“I want to warn you all that our next presenter is a comedian,” Burton said. “If you know what I mean. So I need to caution everybody: Remain in your seats and keep your hands to yourself. Alright?””
(Smith hit comic and actor Chris Rock while he was presenting the award for best documentary at the Oscars.)
During the Grammys, host Trevor Noah joked at the beginning of the event “We’re going to be keeping people’s names out of our mouths.”

After he slapped Rock, Smith went back to his seat and yelled that the comic should keep his wife Jada Pinkett Smith’s name out of his mouth. The slap came after Rock had joked about Pinkett Smith’s close-cut hair style.

She suffers from alopecia, which is hair loss that can be caused by an autoimmune response.

It was for the Oscars category he won, best documentary, that Rock was presenting at the time of the incident. 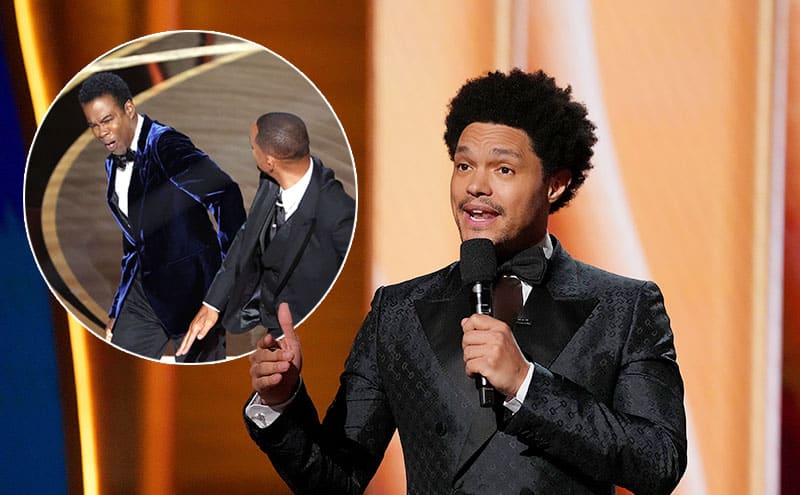 During the Grammys Questlove made a comment many people took to be a reference to the slap.

“I am going to present this award and I trust that you people will stay 500 feet away from me,” he joked.

I love Trevor Noah. He is a great comedian.

And for the many idiots who still repeating that Trump nonsense in 2022 I call you niggers because you are nothing but niggers, a lot of time I don't say much regarding certain issues or keep quiet about it because I have to do my home work, research and observe my environment. Before 2016 you never knew that Trump was a democrat because the democrats never told you that, and they have been doing that to you since the day of slavery, always lie to you and keep the truth away from you, thats why many never knew they were free until 1865, where were the democrats then, did they ever investigate and held those businesses who were profiting from all that time breaking the law, the democrats have been your congress but they could never change laws or provide reparation to you?

The reason why Trump left the Democratic party and join the Republicans was because he was unhappy about their ways, and he was very honest about it publicly, he said the democrats were not creating opportunity for people in America they were more concern about illegals and other countries that the democrats were selling out America, whether you agree or disagree, he had his reasons, you don't know all that because you are nothing but a bunch of lazy slaves who are  afraid to read and rely on your masters to tell you what to do and when to act, that's why Biden said you are not black unless you voted for him, that is so much of an insult you can't even recognize that. He would not saying to the jews or the asians community, they democrats always told you who to voted for, why you should vote and when to vote, and they have their best slave watchers yo make you do so, its your sell out negros that you call leaders, you are afraid of standing up to the democrats and hold them accountable because you know how evil they are, if you ever vote for any other party butba democrat they will make you suffer, all those years you can't even consider forming your own party, thats why they killed Octavius Catto, he was standing up for the same reason many of us are standing for today, you are living in a plantation because you embrace the slave treaments, that's why the democrats only provide government benfits and government aid to the black community instead of opportunity, for those who disagree please provide the numbers of each black business own in the each black community compare to other businesses in the black community, give us the numbers and where so the rest og us can research.

Lol it was all love, why can't we celebrate each other without violence, every dumb negros keep talking about their political slave life democrats, but can't realize there are two things destroying the black community. You have the racist democrats who don't care, never cared and will not care about black people, that is why they keep making excuses and false promises and make you repeat them, now isn't it sad, that is the white system that is set up against black people, than you have the Willie Lynch syndrome that is living with black people, they angry at each other, they disrespect each other and kill each other.

2 weeks ago I was at a peace rally for a 3 year old black girl that was shot at her day care in Brownsville Brooklyn, a week later on Friday I was at a rally and visual for a 12 year old black boy that was shot and kill while sitting in her mother's car, in sacramento California on Sunday 16 people was shot and 6 dead, on Sunday night a 21 year old black man was find dead with a bullet in the head at his mom project apartment. Look at all those victims they are being kill by criminals who looks like them, they are not being kill by white cops or white people, look at the community they are being kill, don't you ever ask your self how come the white democratic community dont have that type of crisis, why do they have more opportunity?

The black community have been conditioned by their masters and sell out negros they call leaders, all of you was a fan of Trump before he ran for president, you used to brag about how you stayed at facilities when go on vacation, you never complaint about him being racist or hate for him, the democrats tell you to hate Trump now even in 2022 they have you repeating the same blame, which is sad how you can't see whether it's Trump or another white politician they are part of the system that is against you, what you don't have the courage to do is question those support, those you vote for, you are so afraid to go against those you support so they keep you is slavery and do nothing for you, niggers who will for ever be in slavery