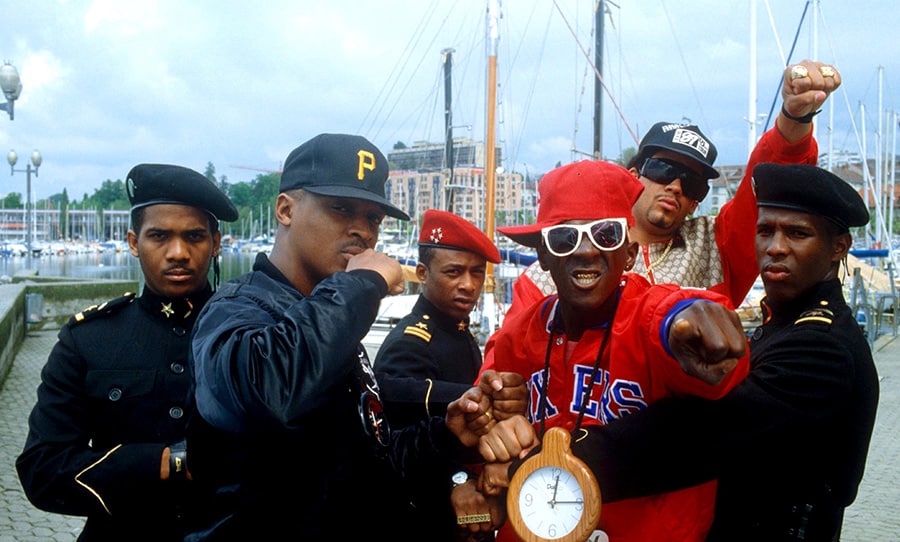 Rolling Stone has just updated its list of Top 500 songs of all time, and folks the Internet’s emotions are all over the place.

The magazine first did this in 2004, combining and tabulating Top 50 lists sent in from music industry notables, leading critics and journalists to craft one master tally. That list 17 years ago was dominated by early rock and soul classics.

This time around, Outkast’s “Hey Ya” and Missy Elliot’s “Get Ur Freak On” is in the top 10, and the entire list includes more hip-hop, modern country, indie rock, Latin pop, reggae, and R&B. More than half the songs — 254 in all — did not appear on the old list, including a third of the Top 100.

In 2004, John Lennon’s “Imagine” was No. 3, the Rolling Stones’ “(I Can’t Get No) Satisfaction” came in second, and Bob Dylan’s “Like a Rolling Stone” topped the list. Not only are none of them in the current top 3, but they’ve all been replaced by Black artists: Sam Cooke, Public Enemy and the Queen of Soul.

Below are the songs and their stories, courtesy of Rolling Stone:

In 1963, Sam Cooke — America’s first great soul singer and one of the most successful pop acts in the nation, with 18 Top 30 hits since 1957 — heard a song that profoundly inspired and disturbed him: Bob Dylan’s “Blowin’ in the Wind.” What struck Cooke was the challenge implicit in Dylan’s anthem. “Jeez,” Cooke mused, “a white boy writing a song like that?” Cooke’s response, “A Change Is Gonna Come,” recorded on January 30th, 1964, with a sumptuous orchestral arrangement by Rene Hall, was more personal — in its first-person language and the experiences that preceded its creation. On October 8th, 1963, while on tour, Cooke and members of his entourage were arrested in Shreveport, Louisiana, for disturbing the peace after they tried to register at a white motel — an incident reflected in the song’s third verse. And Cooke’s mourning for his 18-month-old son, Vincent, who drowned that June, resonates in the last verse: “There have been times that I thought/I couldn’t last for long.” On December 11th, 1964, almost a year after he recorded it, Cooke was fatally shot at an L.A. motel. Two weeks later, “A Change Is Gonna Come” was released, becoming Cooke’s farewell address and an anthem of the civil rights movement.

Chuck D once likened “Fight the Power” to Pete Seeger singing “We Shall Overcome.” “‘Fight the Power,’” he said, “points to the legacy of the strengths of standing up in music.” Filmmaker Spike Lee had originally asked Public Enemy to write an anthem for Do the Right Thing — a movie about confronting white supremacy — so Chuck and the group’s producers, the Bomb Squad, took inspiration from the Isley Brothers’ funky “Fight the Power” and used the title as a blueprint for a whole new war cry. In just under five minutes of scuzzy breakbeats and clarion-call horn samples, Chuck D and his foil, Flavor Flav, present a manifesto for racial revolution and Black pride with koans like “Our freedom of speech is freedom of death,” and rallying cries to rethink the basics of American life itself in lines like “Most of my heroes don’t appear on no stamps.” The song was exactly what Lee’s movie needed, so it was played over and over again, anytime the character Radio Raheem showed up with his boombox, making it an instant classic. “I think it was Public Enemy’s and Spike Lee’s defining moment because it had awoken the Black community to a revolution that was akin to the Sixties revolution, where you had Martin Luther King or Malcolm X,” the Bomb Squad’s Hank Shocklee once said. “It made the entire hip-hop community recognize its power. Then the real revolution began.”

When Aretha Franklin left Columbia Records for Atlantic in 1966, the label’s vice president, Jerry Wexler, came to the singer with some suggestions for songs she might cover, like Sam Cooke’s “A Change Is Gonna Come” and Ray Charles’ “Drown in My Own Tears.” She liked those ideas, but she had one of her own: “Respect,” a song she’d been performing live. “Long as she changes it up,” Wexler told Franklin’s manager Ted White in an exchange recounted by Franklin’s biographer David Ritz. “You don’t gotta worry about that,” White responded. “She changes it up all right.”

Otis Redding wrote “Respect” and recorded it for the Stax/Volt label in 1965. But Franklin took possession of the song for all time with her definitive cover, cut at Atlantic’s New York studio on Valentine’s Day 1967. “Respect” was her first Number One hit and the single that established her as the Queen of Soul.

In Redding’s reading, a brawny march, he called for equal favor with volcanic force. Franklin wasn’t asking for anything. She sang from higher ground: a woman calling for an end to the exhaustion and sacrifice of a raw deal with scorching sexual authority. In short: If you want some, you will earn it. “For Otis, ‘respect’ had the traditional connotation, the more abstract meaning of esteem,” Wexler said in his autobiography, Rhythm and the Blues: A Life in American Music. “The fervor in Aretha’s magnificent voice demanded that respect and more: Respect also involved sexual attention of the highest order. What else could ‘Sock it to me’ mean?”

He was referring to the knockout sound of Franklin’s backup singers — her sisters, Carolyn and Erma — chanting “Sock it to me” at high speed, which Aretha and Carolyn cooked up for the session. The late Tom Dowd, who engineered the date, credited Carolyn with the saucy breakdown in which Aretha spelled out the title: “I fell off my chair when I heard that!” And since Redding’s version had no bridge, Wexler had the band — the legendary studio crew from Muscle Shoals, Alabama — play the chord changes from Sam and Dave’s “When Something Is Wrong With My Baby” under King Curtis’ tenor-sax solo.

There is no mistaking the passion inside the discipline of Franklin’s delivery; she was surely drawing on her own tumultuous marriage at the time for inspiration. “If she didn’t live it,” Wexler said, “she couldn’t give it.” But, he added, “Aretha would never play the part of the scorned woman.… Her middle name was Respect.”

Leading off her Atlantic debut, I Never Loved a Man the Way I Love You, “Respect” catalyzed rock & roll, gospel, and blues to create the model for soul music that artists still look to today (Mariah Carey called Franklin “my mentor”). Just as important, the song’s unapologetic demands resonated powerfully with the civil rights movement and emergent feminist revolution, fitting for an artist who donated to the Black Panther Party and sang at the funeral of Martin Luther King Jr. In her 1999 memoir, Franklin wrote that the song reflected “the need of the average man and woman in the street, the businessman, the mother, the fireman, the teacher — everyone wanted respect.” We still do.