The State of Maryland Restores Voting Rights To Over 40,000 Felons 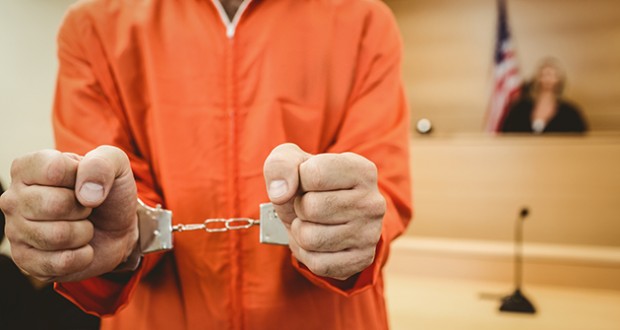 The presidential election is almost upon us. Soon the candidates will be chosen, and by November, we will have elected a new Commander-in-Chief. A number of citizens were not going to be able to cast their votes in the remaining primaries or in the general election under old laws. Those laws have been overturned.

Maryland has just decided that over 40,000 felons will be able to vote. A move to restore voting rights to the felons passed Maryland’s General Assembly last year, but it sat on Governor Larry Hogan’s desk. The Republican governor eventually used his veto power to once again deny votes to those who convicted of felony violations.

Mother Jones, reports that this last Tuesday the veto was overridden by “a dramatic vote by the Democratic-controlled General Assembly…[which restored] voting rights to felons on probation or parole, giving approximately 40,000 felons the right to vote.”

While Maryland has taken a step forward in voting rights, “Florida, Iowa, and Kentucky have recently made it harder for ex-felons to regain their voting rights.” The issue is partisan in many ways since a large number of felons are minorities and minorities typically vote Democratic. Newsone notes that in Florida, “nearly 20 percent of voting-age African Americans cannot cast a ballot due to the state’s permanent ban on felon and ex-felon voting.”

According to The Atlantic, only Maine and Vermont do not have any barriers preventing felons from voting. In these states, prisoners are even allowed to cast ballots while still in prison. Each of the other 48 states has some level of restriction. Even with the new turn in Maryland, felons would have to have completed their prison sentence prior to having their voting rights restored.

The Sentencing Project took a closer look at the impact of incarceration and voting. They found that “nearly 5.85 million Americans can’t cast a ballot due to felon disenfranchisement.” Does this really matter? The Project notes, “Like virtually every other aspect of the criminal-justice system, its impact is felt disproportionately among black and Hispanic communities.” Perhaps it does.

Now,we know why Black people are behind in progressing as a group...if only they cared about real issues affecting our community daily.

Most attention span can only deal with the mundane and rediculous,I wasn't expecting replies!

Comment by Big Woman on March 3, 2016 at 11:08pm
What's also interesting is this blog deals with voting rights which historically has been denied to Blacks in this country since its founding which has significant ramifications in all our lives BUT only 4 people commented! Just sayin'.

That's for sure!@ Stephen

Definitely is a crime Big Woman!