The Smartphone App Cops Don’t Want You To Have

er described it as “a revolutionary tool for change in our society.” Another called it “badass” and Barry Cooper from NeverGetBusted.com who is a former decorated police detective called it “the new 911 but safer.”  Other users described it as “straight out of some cyberpunk fiction” and one user said “I would definitely use this before calling a cop!”  The accolades keep coming and the police hate it:

“It’s just what i’ve been waiting for”

This new mobile app has been taking the world of activism by storm and cops hate it. It’s calledCell 411 and it’s an app created by activists for activists, but also for anyone who may find himself or herself in an emergency and wanting to call on a group of trusted friends rather than the police.

The app, which is available both on the Android and iOS platforms, allows users to issue various alerts to trusted groups of family members, neighbors and friends. The issue of addressing emergencies without police involvement has come to the forefront of the police brutality debate as many cases have shown police responding to emergencies and shooting dogs, killing suicidal individuals and often not helping those calling for help, but rather harming them or even killing them. 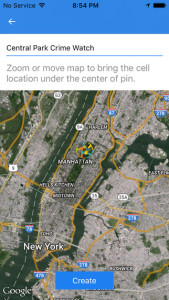 The smartphone app will allow you to create private or public groups in your geographic area and use them as a method to dispatch help in case of emergencies. You can notify your friends when you get a flat tire, get pulled over, have a medical issue or when police are harassing you. You can even stream live video to all your friends and avoid the possibility of the video being deleted by police or evidence being destroyed by a malicious individual.

Once requesting help, your friends will receive your GPS coordinates and turn-by-turn directions to your exact locations; you will be notified of an ETA and how far your friends are.

There is even a “patrol mode” available which even allows you to send what are called “global alerts” meaning that anyone using the app in your area will receive notifications and be able to come and help, should they feel like a Good Samaritan that day.

The best thing about this app is that it is completely free, and the option of allowing users to create “public groups” that anyone could join is very powerful and offers communities the option to self-police. Here are some other examples of the fantastic possibilities this app offers:

For example, a neighborhood watch group of neighbors could create a group and use the app to notify each other in case of emergencies.

There are countless other possibilities for this app, and the creators are clearly aiming the app at users who desire to be self-reliant and not depend on government services and government employees to respond to emergencies.

The short video below explains the basic features of the app.