A Maine woman was arrested last month following a domestic dispute with her husband. When she was taken to the police station and booked for domestic violence, she was wearing a t-shirt that had the most ironic message written across the front: “Stop Domestic Violence.”

According to prosecutors, 38-year-old Emily Wilson, of Sangerville,fired a gun in her bedroom during an argument with her husband, who she suspected was having an affair. According to WPXI-TV, Wilson was shooting at her husband. 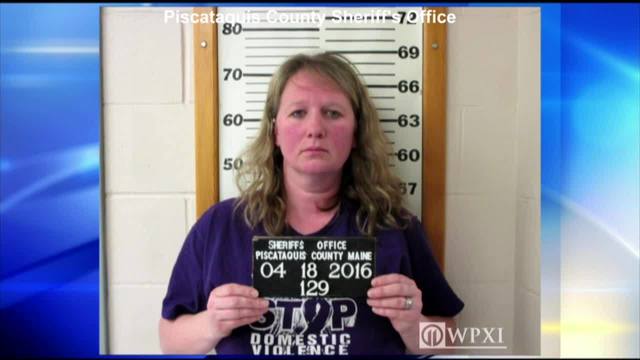 Wilson, a high school teacher, evidently did not have time to change after the April 18 incident. In her mugshot, she is still wearing the “Stop Domestic Violence” shirt.

During the dispute, Wilson waved a loaded .45-caliber handgun before firing a shot into the mattress of the bed she and her husband share, District Attorney, R. Christopher Almy, told the Daily News.

The husband, who later claimed that his wife also grabbed his wrist during the altercation, called the police.

She is currently out on bail until her June 6 hearing at the Piscatquis County Judicial Center.