The Legendary James Mtume (‘Juicy Fruit’) Has Died – He was 76 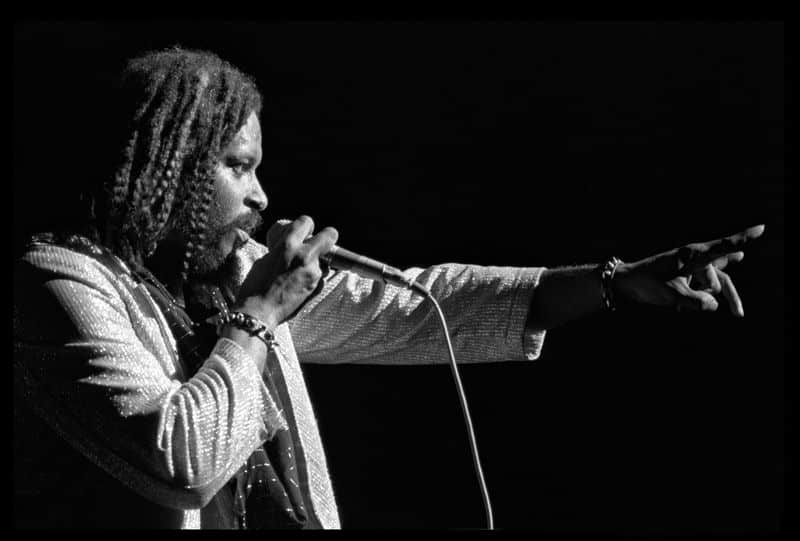 We’ve just learned that music legend James Mtume has passed. He was 76. The news was confirmed by, Lisa Lucas, the daughter of Mtume’s late musical partner, Reggie Lucas
“So much loss. So much grief. Rest in power to Uncle Mtume. My late father’s partner in crime, the co-creator of the songs of my life (and about my birth!),” wrote Lisa Lucas on Twitter. “He was an essential part of the life of the man who made me, therefore me too. Gone now. He will be dearly, eternally missed.”
Mtume’s 76th birthday was observed on January 3rd. So far, as of this posting, a cause of death has not been made public.
James Mtume, better known simply as Mtume, was comfortable in multiple genres including alternative jazz, R&B, hip hop and film scoring. He also used his artistry as a bridge between politics, culture and art.

Here’s more via The Daily News

His death Sunday came as a shock to the music world. No cause of death was given.

“A lot of folks didn’t know that Mtume was so political and savvy in so many different areas,” Fatiyn Muhammad, host and executive producer of the WBLS radio show “Open Line,” told the Daily News Sunday. “I felt like the air got sucked out the room. Mtume was a special individual.”

He was remembered for 1983′s “Juicy Fruit,” sampled by The Notorious B.I.G. for his first official single, “Juicy” in 1994. In 2018 he returned to Philadelphia, his hometown, to help celebrate the song’s 35th anniversary.

Born James Forman in 1946, Mtume was surrounded by music and musicians throughout his early life. “I would say I had a very special childhood growing up,” Mtume told The Philadelphia Tribune in 2018. His father was James Heath, a world-renowned saxophonist of the Heath Brothers.

So much has been lost. So much anguish. He was an important part of the life of the guy who created me, and so of mine. do my online exam for me

Comment by mr1stroke on January 10, 2022 at 4:04pm
76 still young, but better than most of us who won't be bless enough to reach that far, a loss is a loss but he was truly a gift to the black race, I remember the first time my uncle put on juicy fruit and grabbed my aunt to dance, it was like heaven, the song sounded so good and it sounds like heaven today, if you black and having a party and that don't is not playing especially at a family reunion I don't know what type of a fun youre having" I've ad a few but not that many, do what you want, I don't care, I'll be you lollipop" well thank you my friend sleep well