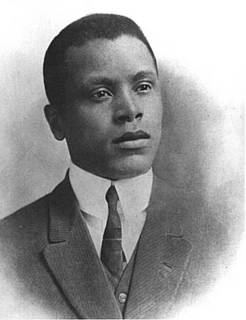 Oscar Micheaux was the quintessential self-made man. Novelist, film-maker and relentless self-promoter, Micheaux was born on a farm near Murphysboro, Illinois. He worked briefly as a Pullman porter and then in 1904 homesteaded nearly 500 acres of land near the Rosebud Sioux Indian Reservation in South Dakota. Micheaux published novels in Nebraska and New York and made movies in Chicago and Los Angeles.

Micheaux left “autobiographical” records in his first three novels, The Conquest (1913), The Forged Note (1915) and The Homesteader (1917), in which his protagonists play out a young black man’s life in rural, white South Dakota. Micheaux began his career with door-to-door sales of his early writings to neighboring farmers. Encouraged by the modest success from his first novel, Micheaux gave up farming to write six other novels about this period and region.

D.W. Griffith’s powerful and vitriolically anti-black movie The Birth of a Nation ironically impressed upon Michaeux the ability of a filmmaker to tell a complex, multi-character story every bit as compelling as a novel. Oscar Micheaux soon got the opportunity to test his theory in 1918 when he was contacted by the black-owned Lincoln Film Company in Nebraska to adapt his third novel, The Homesteader, to film. Michaeux rejected the offer and instead moved to Chicago where he made his own movie version of his novel. The Homesteader was the first full-length feature film written, produced and directed by an African American. It was also a commercial success when it grossed over $5,000. 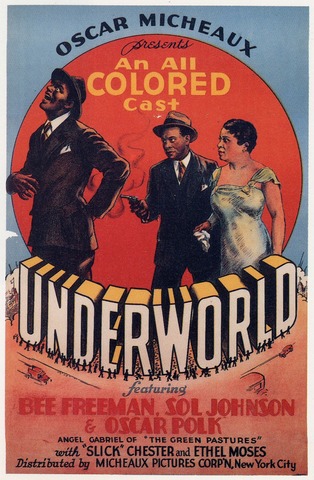 Oscar Micheaux’s desire to control the production and distribution of his films would be the hallmark of his career. He would persuade the best black actors of his time to work in forty-four mostly low-budget films he produced between 1919 and 1948 that appealed to the rapidly growing black urban audiences of the post-World War I period. Most of Micheaux’s films were detective stories, quickly written, filmed, edited and released. His African American audiences rarely complained since they were starved to see people on the Silver Screen who looked like they did.

Micheaux on occasion tackled more complex subjects in his films. Within Our Gates, his fifth film, specifically attacked the racism portrayed in The Birth of a Nation. He also took on controversial subjects in the black community including interracial romance, skin color hypocrisy and corrupt clergymen. As importantly, his films in the 1920s and 1930s contrasted sharply with the Hollywood image of blacks as lazy, ignorant and sexually aggressive.

Many white critics decried Micheaux’s amateur movie-making skills, yet his audiences devoured his product, making him the most successful black writer, producer and director in the United States until his death in Charlotte, North Carolina in 1951.

Oscar Micheaux’s grave stone reads “A Man Ahead of his Time,” and this was certainly true. Over the course of his career, Micheaux wrote, produced, and directed 44 feature films and wrote seven novels, the first of which was a national bestseller.

Eventually Hollywood recognized both Micheaux’s genius and his crucial role in opening opportunities for African Americans in front of and behind the motion picture camera. In 1987 Oscar Micheaux was memorialized with a Hollywood Walk of Fame “Star.” Two years later he was given posthumous awards by the Black Filmmakers Hall of Fame (1989) and the Director’s Guild of America (1989). Each year Gregory, South Dakota, Micheaux’s adopted home town, stages the Oscar Micheaux Film Festival. 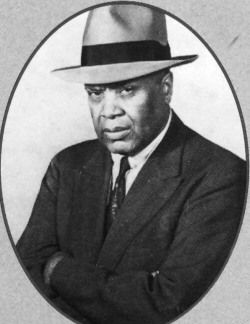 "One of the greatest tasks of my life has been to teach that the colored man can be anything," Micheaux said. He used the new medium of the motion picture to communicate his ideas in order to rebut racism and to raise the consciousness of African-Americans in an age of segregation and overt, legal racism.

Comment by unell mitchell on February 7, 2016 at 3:41pm
That's what I'm talking about, criticism didn't stop him, he continued to give the black community what they were starving for. Then and only then did they recognize him and wanted piece of the action because they saw he was making money without them

Comment by Nahisha on February 6, 2016 at 7:09pm
I love this. I'm learning more about our history every day and I am proud to be Black