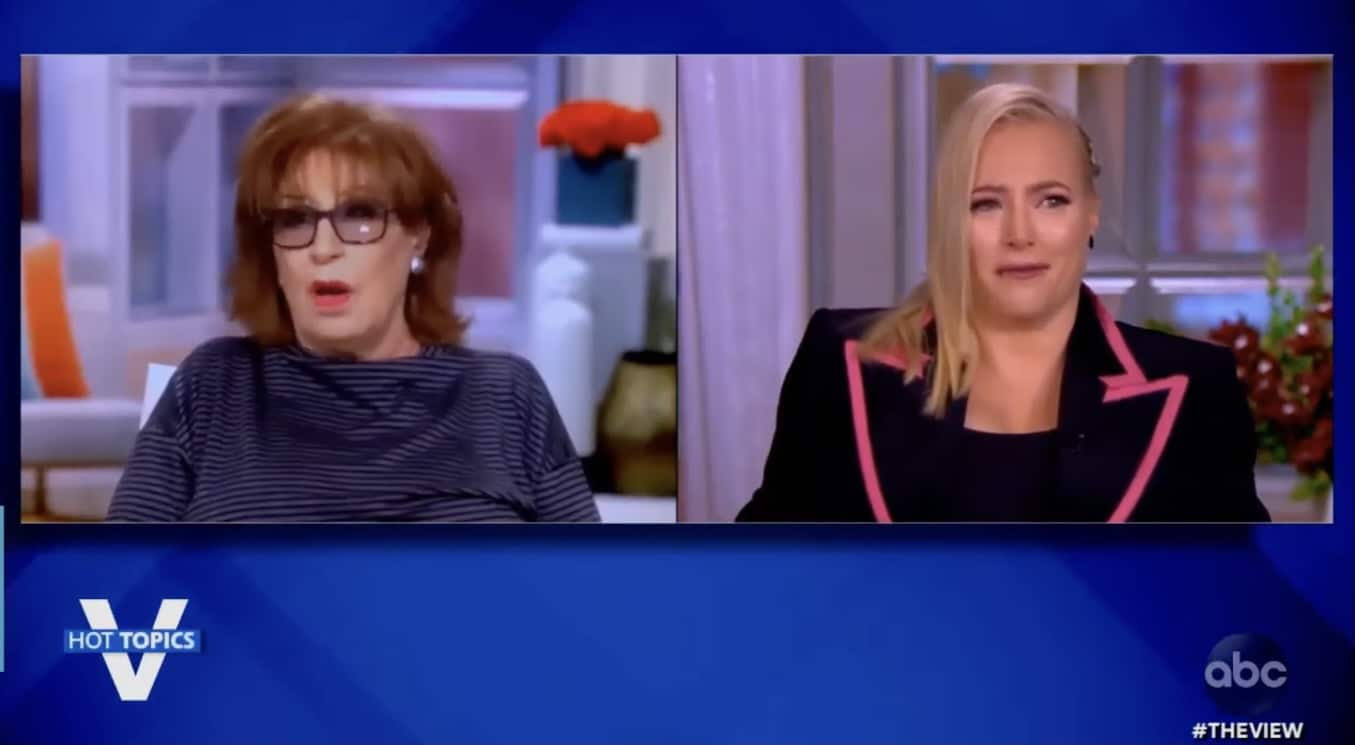 Meghan McCain says she left The View because of purposeful hostility from co-hosts Whoopi Golberg and Joy Behar.

In her upcoming memoir Bad Republican, McCain said that it was a comment from Behar in particular following her return from maternity leave in early January that was the final straw.

After McCain had interrupted Joy to accuse her of being untruthful about the Democrats “fighting” amongst themselves, Behar became annoyed, but waited patiently until after McCain finished her point. She then made it clear that the conservative had interrupted her.

“I was speaking! I was talking!” Behar asserted. McCain began teasing Joy about how much she must have missed her during the maternity leave.

Whoopi then waded in to calm the waters as McCain, daughter of late GOP Sen. John McCain, began whining about Joy’s comment being “rude.”

“I felt like I’d been slapped,” McCain wrote about Joy’s response in her book. “Nothing anyone has ever said to me on camera since I have been giving interviews since I was 22 years old ever hit this hard.”

Get out your tiny violin and read what McCain wrote about Whoopi below, courtesy of Variety:

When I first joined “The View” in 2017, I felt a connection to Whoopi. She had made a promise to my father that she would look after me, and she kept her word for the first two years that I was on the show. The thing about Whoopi, though, is that she yields so much power in culture and television, and once she turns on you, it can create unfathomable tension at the table. I found her open disdain for me more and more difficult to manage as the years went on and it became more frequent. Occasionally, if the show’s political discourse veered into territory that she found disagreeable, Whoopi would cut me off, sometimes harshly. Once, in the middle of a heated debate on live TV, Whoopi singled me out and said, “Girl, please stop talking right now.” It instantly trended on Twitter. And it really hurt. Another time she answered something I said by blurting out “O.K.” in a tone that declared she was both baffled and disgusted by what I had just said. This reaction also went viral and left a scar on our relationship. Day after day, week after week, these things take a toll.

Well at this point as Joy would say "so what who cares". She really won't be missed from the show at all. She didn't add to the ratings which is what this is all about. Ratings and dollars. having better guest co-host works better for the show that get really boring at times with the group that they have in place. Whoopi and Joy are the show with Sarah being the younger burst of energy and even Sunny is getting stale and annoying but she needs the gig so she's not going to step in anything at the point.

All of them make no kind of since!!!