'Thank you for your service... you will be greatly missed': Prince Harry and Meghan Markle pay tribute to his grandfather Philip on Archewell website as he prepares to fly back to Britain 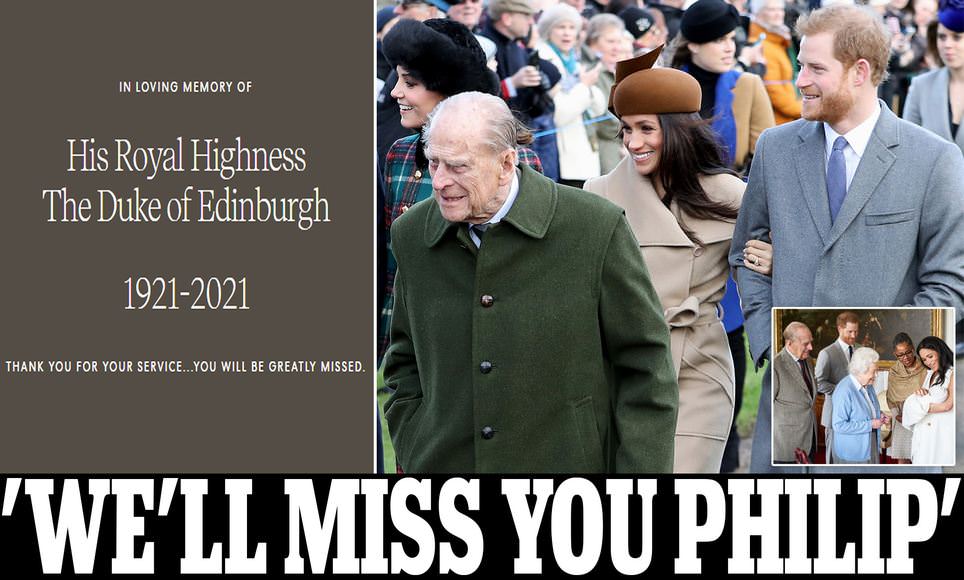