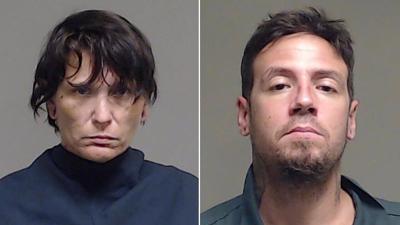 A married couple in Texas have been arrested after police found their baby in a bucket of tar.

Roland Grabowski, 42, and his wife Donna, 41, were arrested Saturday by the Collin County Sheriff’s Office, after responding to a call about the possibility of an unreported death of a child, PEOPLE reports.

The couple initially refused to cooperate with investigators after police found the body of the couple’s 1-week-old son, Micah, submerged in a bucket of tar in a shed. They ultimately claimed that they found the baby dead in bed on July 29 and did not report it.

“There was an attempt to deceive us as to what had happened and the whereabouts of their child Micah,” Sheriff Jim Skinner told WFAA-TV. “It’s tragic and it’s sad enough any time we have the death of an infant. But it’s absolute reprehensible when you lie and deceive investigators as to the location of the body.”

Authorities claim the couple tried to convince a friend to help cover up the crime, writing in a text: “I need you to say your baby is ours. Quick in and out. They just need to see.”

The wife told investigators she gave birth at the Medical Center of McKinney, but the hospital reportedly had no record of it.

Donna is currently facing four felony charges, including child endangerment, abuse of a corpse and tampering with evidence. Her bond has been set at $1,075,000. Her husband is facing similar charges and is being held in jail on a $925,000 bond, the report states.

According to the Associated Press, Roland is a registered sex offender for a 2008 sexual assaults on two minor girls.

All I see is DEMONS residing in the FLESH. It is not hard to do so with ALL of these LOST SOULS. Pray and Rescue Miracles for the innocents. SELAH