Tesla goes down (and not just the share price!) Electric car maker is hit with complete network outage, leaving drivers unable to connect to their cars 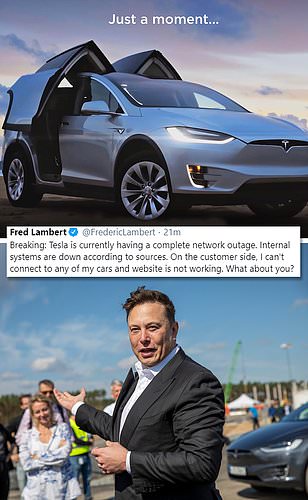 It has not been the best week for Tesla,the company lost $50 billion in its market value yesterday and today it is suffering a complete network outage.

Reports say Tesla's internal systems are down and some customer connectivity features are not accessible in the mobile app.

The outage appeared around 11:00am ET, with some Tesla owners saying they cannot connect to their car through the app.


A main feature in the app is a digital key and only those owners who have a physical version have been able to access and drive their vehicle, but those without have been stranded during the outage.

Sources told Electrek that Tesla's internal systems are also down, making it impossible for staff to process deliveries and orders.

According to Down Detector, the outage is stretching across the US and over into parts of Europe. 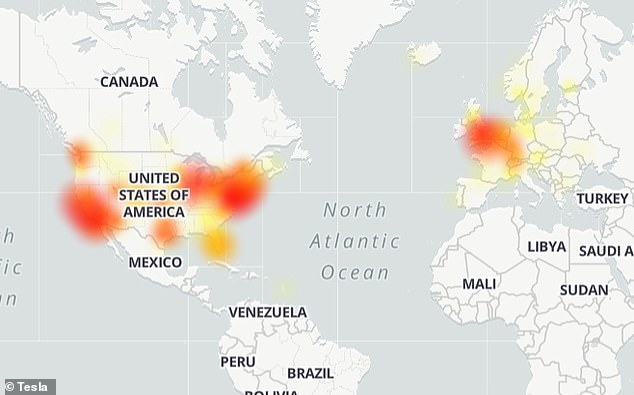 The outage appeared around 11:00am ET, with some Tesla owners saying they cannot connect to their car through the mobile app. According to Down Detector, the outage is stretching across the US and over into parts of Europe

DailyMail.com has reached out to Tesla for comment and has yet to receive a response.

Frank Lambert, a Twitter user and Tesla owner, was the first to sound the alarm about the outage.

'Tesla is currently having a complete network outage. Internal systems are down according to sources. On the customer side, I can't connect to any of my cars and website is not working,' Lambert shared in a tweet.

Lambert, who has three Tesla vehicles, said on the social media site that he was unable to connect to the cars using the mobile app.

Other users chimed in shortly after, stating they were experiencing the same issue. 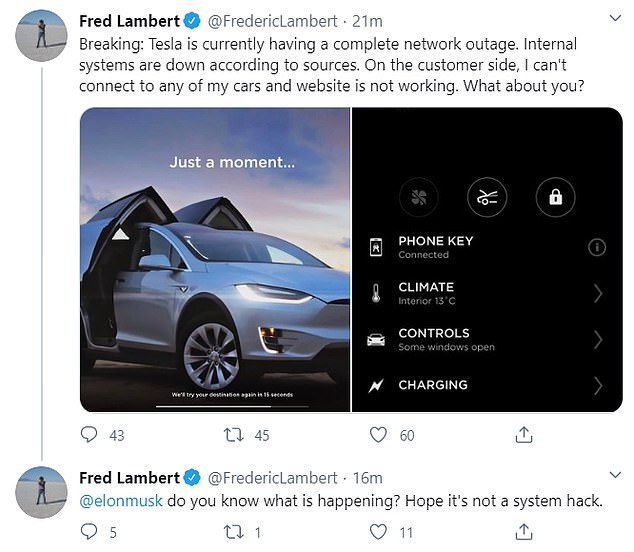 Frank Lambert, a Twitter user and Tesla owner, was the first to sound the alarm of the outage

Other users chimed in after seeing Lambert's tweet, with some making a joke at Tesla's failed Battery Day that resulted in the company losing $50 billion of its market value

One of the connectivity features on the customer side that has been affected is the digital key, but owners with a physical version have been able to access and drive their vehicles.

However, some owner have been locked out of their vehicles.

Megan McChesney shared: 'Can't unlock my 3.. app is down.. can't log into the website either... been on hold for an hour and wait time still says over an hour. This is what I get for trying to save the planet.'

Down Detector, a website that monitors outages online, shows most of outage is being felt in the US and in major cities like San Francisco, Boston, New York City and Chicago.

The outage has cross over the Atlantic, hitting parts of the UK, Germany and as far as Russia. 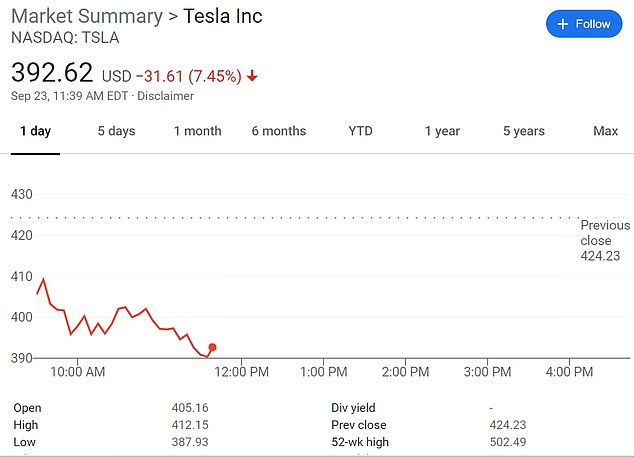 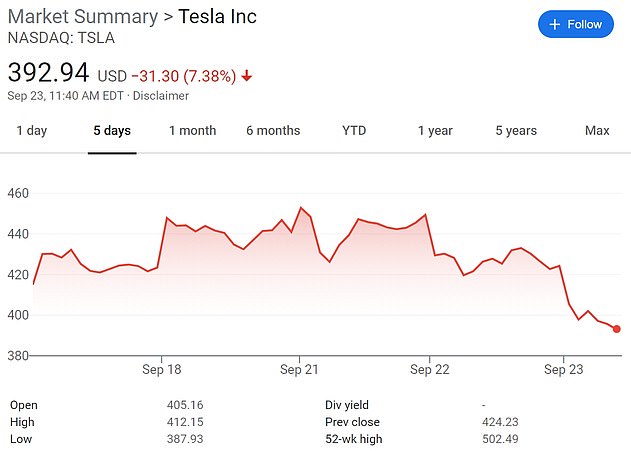 Wednesday's outage is just the icing on the cake for Tesla, as the firm's 'Battery Day' was a flop among investors.

CEO Elon Musk had promised to unveil new technology to cut electric vehicle costs, but when he did not deliver, stocks in Tesla tumbled more than seven percent as markets opened Wednesday.

Investors slashed $50 billion from Tesla Inc's TSLA.O market value on Tuesday after Musk admitted it would be at least three years before it will cut electric vehicle costs so radically that a $25,000 car that drives itself will be possible. 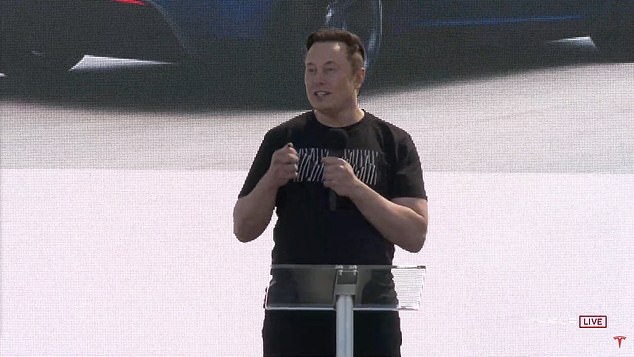 Investors slashed $50 billion from Tesla Inc's TSLA.O market value on Tuesday despite CEO Elon Musk's promise to cut electric vehicle costs so radically that a $25,000 car that drives itself will be possible, but not for at least three years

Can't wait when I can finally afford a Tesla car, for now the prices are crazy as for me. The car I own now was purchased at Carzam , these guys have very nice deals for people with limited budget.