Terrifying footage shows homeless man try to abduct three-year-old girl in the Bronx: NYC is hit by homeless crime wave as vagrant population DOUBLES in a decade to 50,000 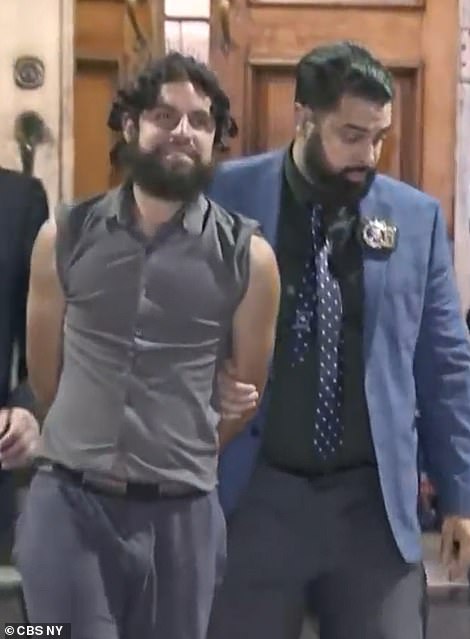 A three-year-old girl was almost kidnapped by a homeless man in broad daylight in New York City on Monday.

Shocking video footage shows the moment when the vagrant attempted to make off with the youngster who was walking with her grandmother and two brothers in the Bronx.

Surveillance camera footage shot at a gas station sees the woman walking with the three children, a girl and two grandsons, just as a vagrant crosses the road and walks towards the group.

In an instant, the man suddenly wraps the girl up in a comforter and runs off with her much to the horror of the other kids and the 65-year-old grandma who immediately gave chase. 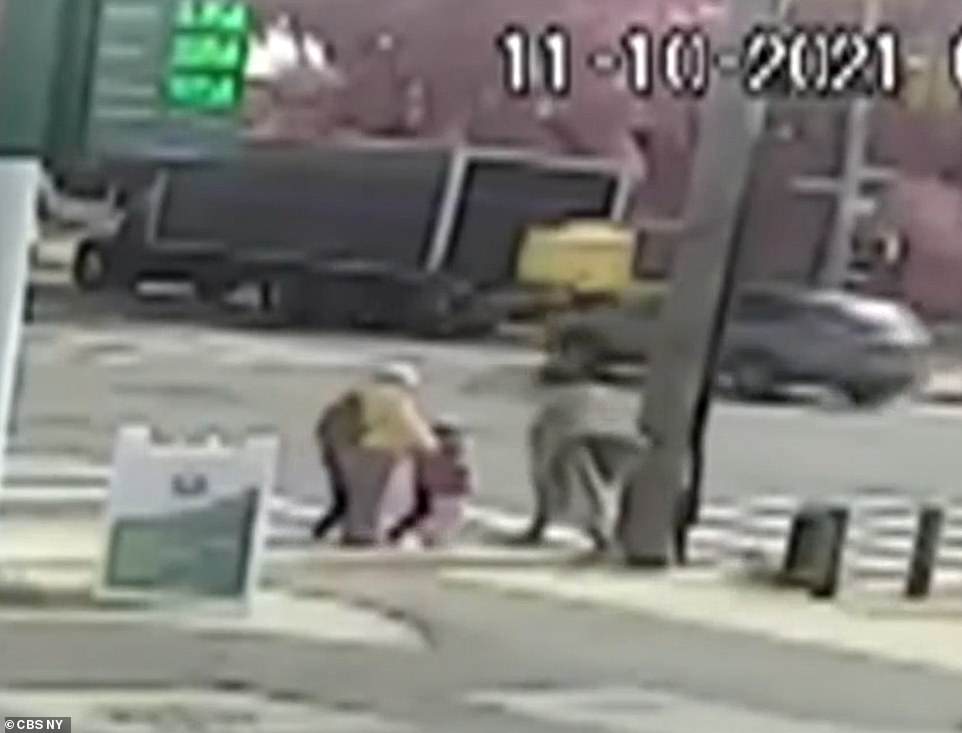 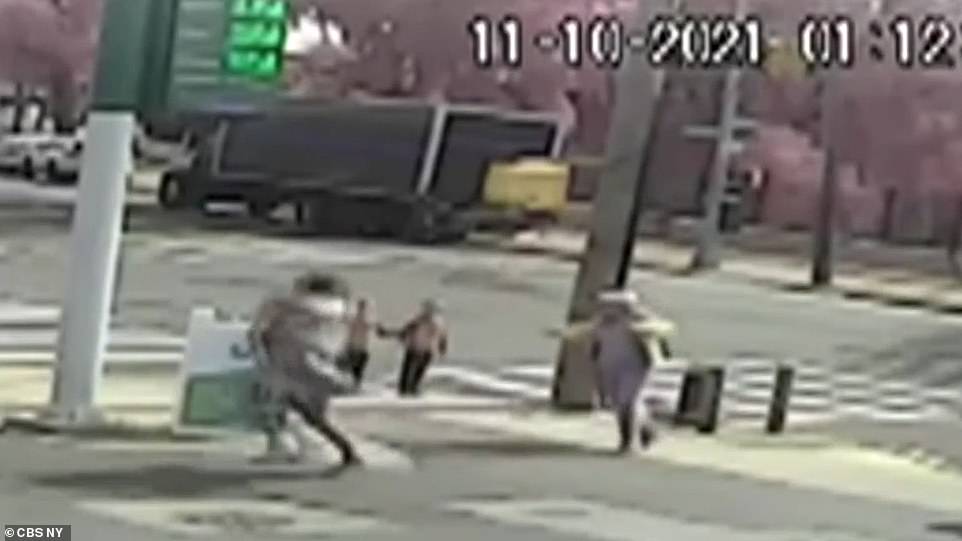 Her two grandsons could only watch on in horror as the man ran off with their sister. One of the little boys could be seen jumping up and down in sheer terror.

She was joined by a group of courageous members of the public including one man who was filling up his car at a a BP gas station in the Schuylerville area of the borough.

The man scared the abductor into releasing the little girl who then fled on a scooter.

'I was sweeping the sidewalk. I saw the lady passing with three kids. All of a sudden, this guy runs across the street, and wraps the little girl in a blanket,' said Fermin Bracero, 63, to the New York Daily News. 'He tried to cut out, but a whole bunch of us got involved, so he dropped the little girl. 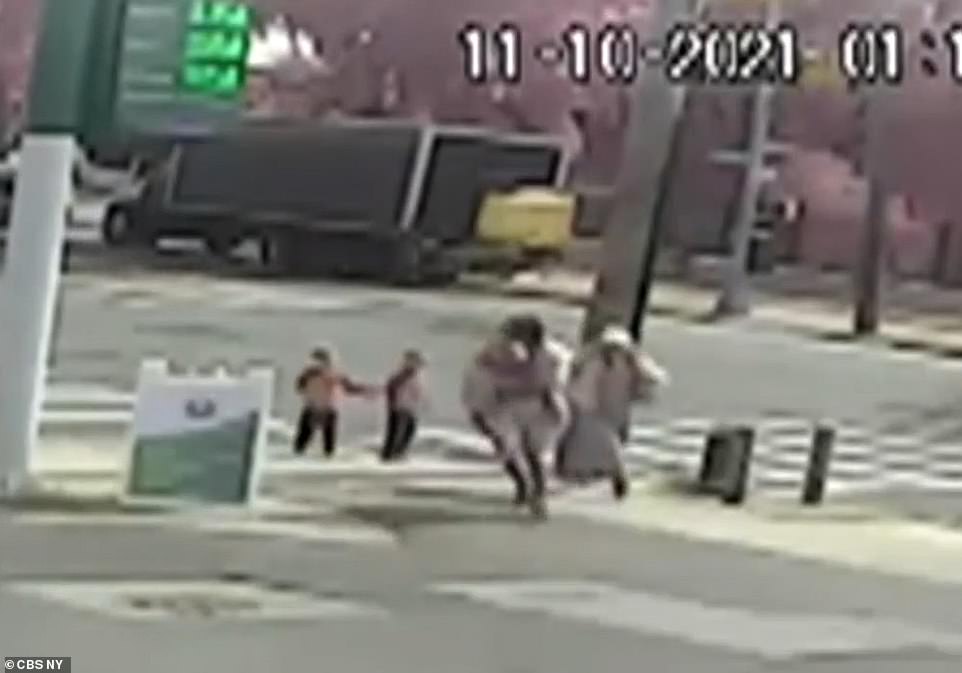 The man bent down to grab the girl and lifted her up, running away with her while the grandmother ran after the pair 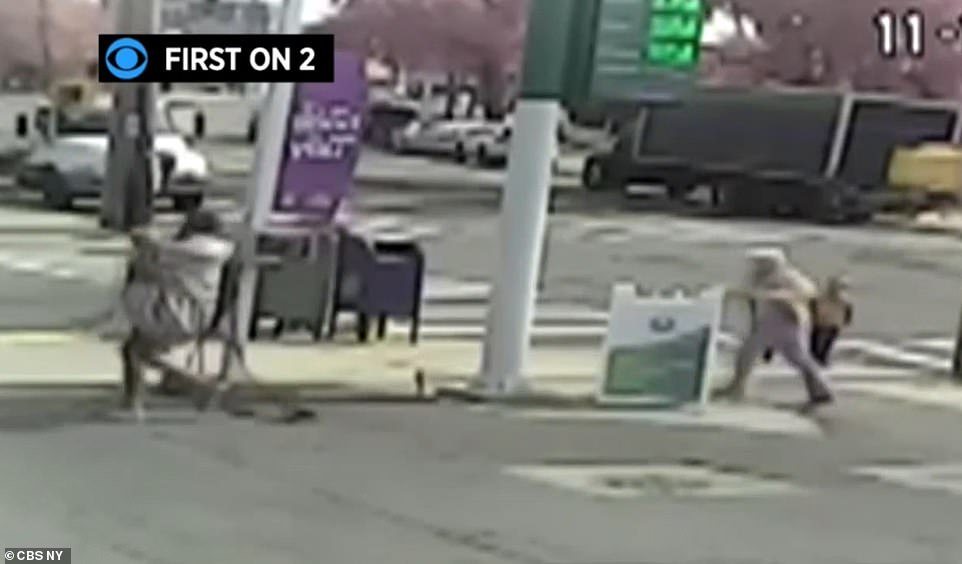 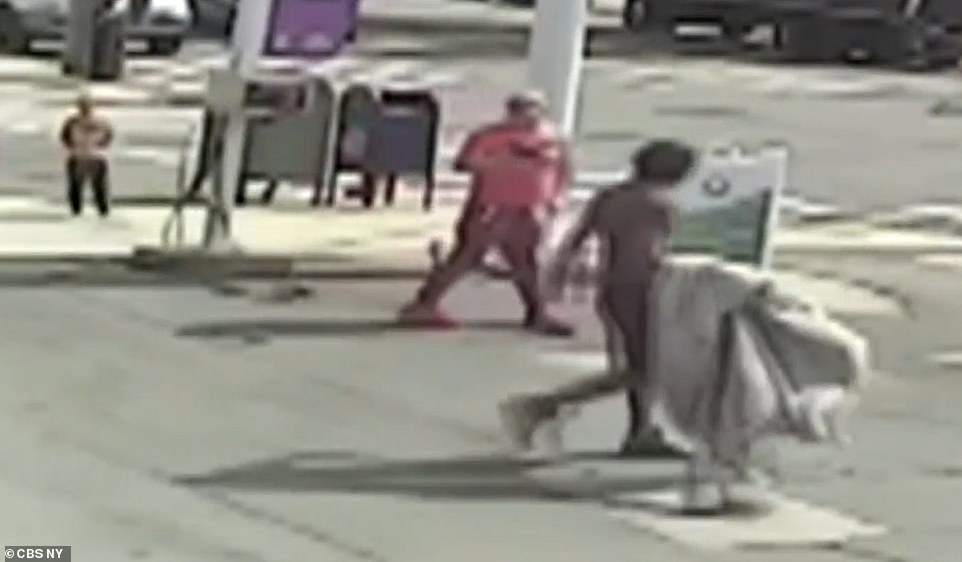 'She started screaming, the grandmother, "My little girl! My little girl!" She was hysterical. It was like a movie, but this is real life. It was crazy,' Bracero said.

Police caught the suspect, Santiago Salcedo, 27, later in the day sleeping in a doorway.

He was charged with kidnapping, attempted kidnapping, unlawful imprisonment and child endangerment, on Monday evening and could be seen grinning for the cameras as he was taken into custody on Monday night. 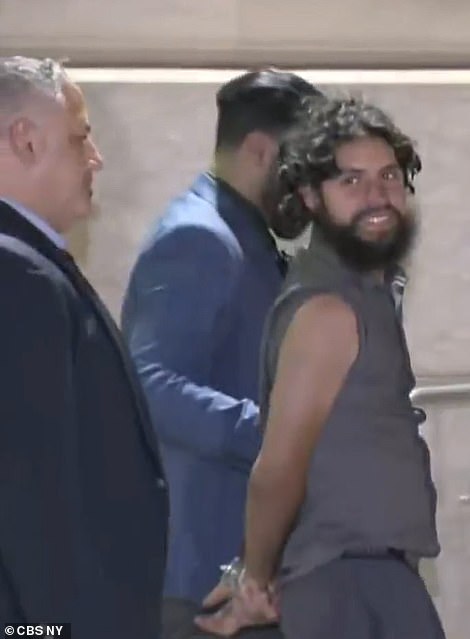 Police caught Santiago Salcedo, 27, later in the day sleeping in the doorway of a nearby business and was seen grinning as he was charged on Monday night. He was charged with kidnapping, attempted kidnapping, unlawful imprisonment and child endangerment 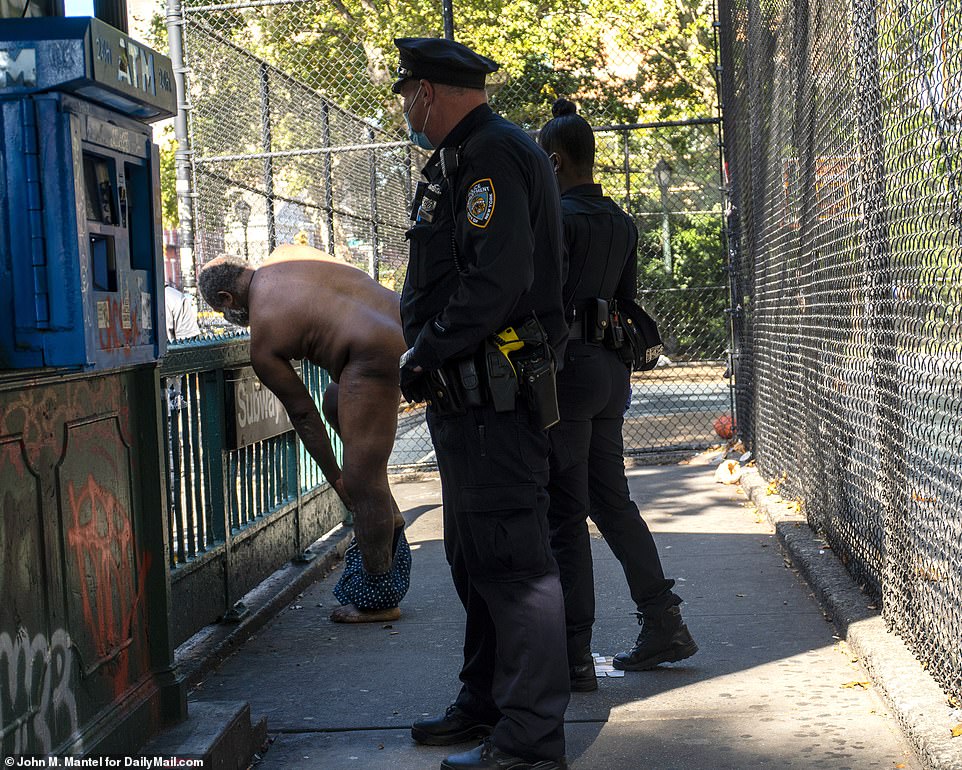 A homeless man is pictured near Washington Square Park in Manhattan on Monday, as it was revealed the city's vagrant population has doubled to 50,000 in a decade 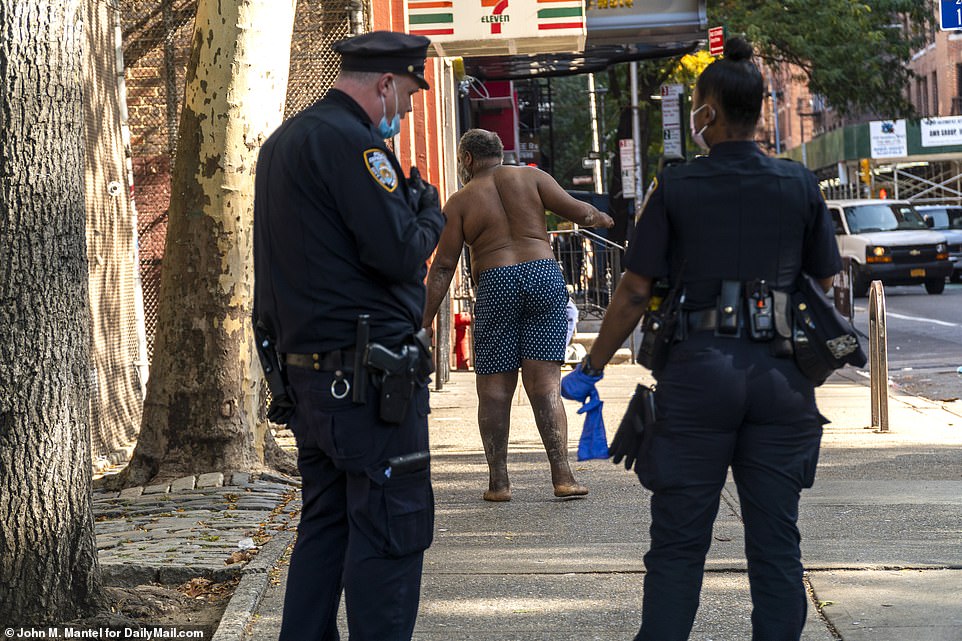