The family of Kendrick Johnson feel the teen’s death was murder despite being ruled an accident by Lowndes County Coroner. Johnson’s body was found rolled up in school wrestling mat, this happened in in Valdosta, Georgia and many feel there is some kind of cover up underway.

‘Hacktivist’ group Anonymous have now weighed in on the matter with an alleged new video. The video deals with the mystery around the teen’s death and may help shed some light if there has been any foul play.

The family believe the murder took place and due to links with law enforcement those responsible are being protected.

The family have also recently filed a $100 million wrongful death lawsuit. It names over 30 defendants and the city of Valdosta.

You can see the video below, do you think it’s genuine or just using Anon’s likeness and previous videos?:

Something really really is wrong with the boy who was found dead in his Georgia school, wrapped up in a gym mat. His death was officially ruled an accident but many feel that foul play was to blame and a cover up had been enacted.

Now, seeing that two sons of a FBI agent were classmates with this dead teen it certainly raises some eyebrows. The Georgia teenager’s parents won’t let this rest and a video claiming to be from anonymous pledged to expose this coverup.

Now, some action seems to be underway.

The two sons are suspects and the Feds are finally making some moves.1 With an FBI daddy if they did do anything wrong things are gonna be tough but let’s hope some truths come to light! 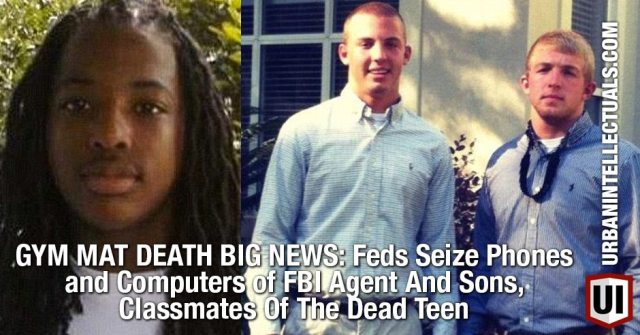