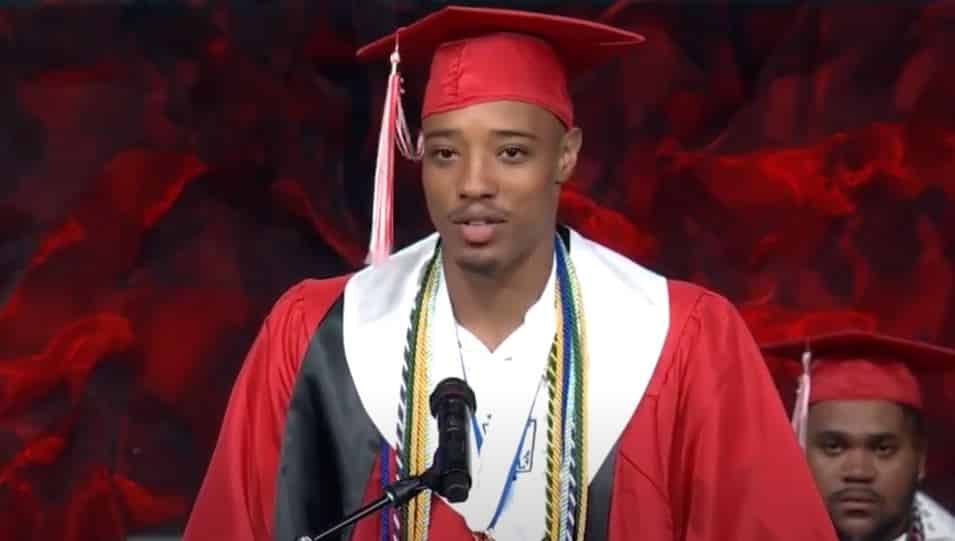 An Arkansas teenager is making headlines after he obtained the highest grade point average in his high school’s history with an impressive 4.8.

Nicholas Watson, a 2021 graduate at Arkansas High School, has also received over $1.5 million dollars in scholarship offers and was accepted to 45 universities, according t

“Overall, I’m just grateful to have an opportunity to be where I am right now because I wasn’t ever meant to be here,” said Watson. “Besides autism and ADHD, they said I wasn’t ever going to comprehend, read, math all of that.”

Hear more about his journey via the YouTube clip below.

Watson would prove the naysayers wrong. He learned to read and do math, and even participated in sporting activities, including soccer, and basketball.

“No matter what circumstance or whoever defines you. You’re the one who defines yourself, ” he said.

His mother Marian says her son has been able to overcome any obstacle he has faced.

“So I don’t even know if I would say obstacles because whatever you ask of him he just did it,” said Marian.

Watson leaves for college in June and aims to continue his basketball career via a scholarship to attend Harding University, in Searcy, Arkansas. He plans to major in Electrical Engineering.

“I’m a hands-on type of guy I want to make electronic devices and go to big places like Google and Tesla,” he said.

“No matter what limitations or restrictions that you have been giving, conditions or anything that tries to hinder you just try to overachieve that and go to a goal that you want to achieve,” said Watson.

Hear more from Watson via the YouTube clip below.

Comment by vaughn mitchell on June 15, 2021 at 10:48am
That is so awesome, to overcome autism, and ADHD. Wow, he has the right people around him.

Comment by evolution on June 15, 2021 at 8:29am
I wouldn't have stayed in that state but congratulations all the same Nicholas.