Taylor Hawkins' heart weighed DOUBLE that of men his age when he died: Foo Fighters drummer suffered 'cardiovascular collapse' after binging on cocktail including heroin, marijuana, and opioids, 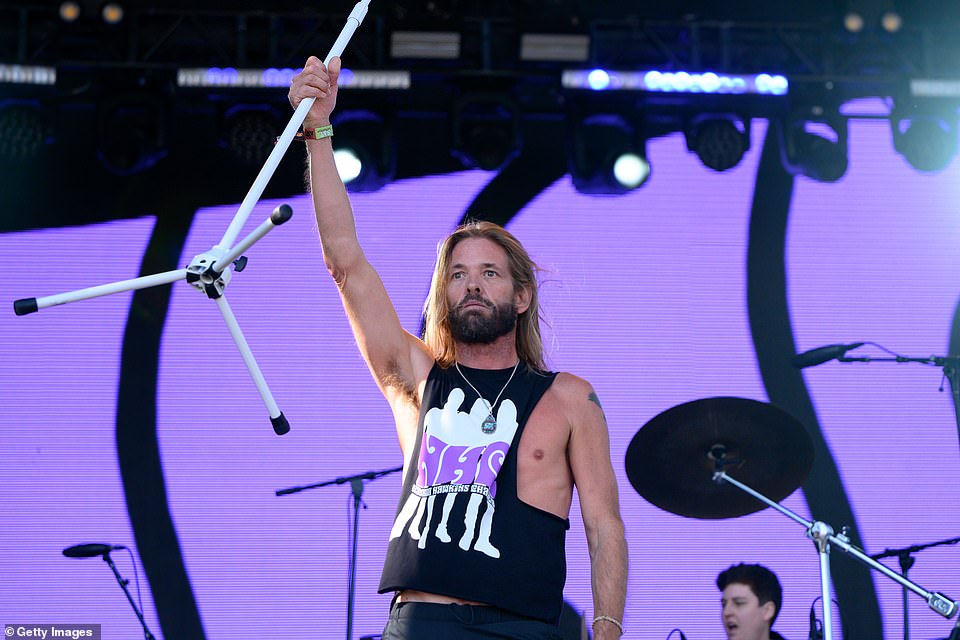 Taylor Hawkins' heart weighed double that of men his age as an autopsy finds the Foo Fighters drummer suffered a 'cardiovascular collapse' after binging on a cocktail of drugs including heroin, marijuana, and opioids, investigators have said.

Forensic experts are said to have discovered it weighed 'at least 600 grams', double the average of 300 to 350 grams, during an examination following his shock death at a luxury hotel in Colombian capital Bogota on Friday.

It also said authorities had confirmed the Foo Fighters drummer had overdosed on heroin mixed with antidepressants and benzodiazepines which are psychoactive drugs known as benzos.

Colombia’s Attorney General’s office (AGO) has already confirmed an initial autopsy carried out on Saturday revealed traces of 10 different drugs in Hawkins’ urine, including opioids which can range from heroin to fentanyl and morphine.

In a statement, it also revealed marihuana and antidepressants had been detected.

However, the AGO did not mention cocaine in its post-autopsy statement.

Concerns about the drummer's health first arose on Friday night when he began complaining of chest pains prior to the band's headline performance at the Estereo Picnic Festival in Bogota.

His condition subsequently deteriorated and efforts to revive him by a private doctor and city emergency responders failed.

In its statement released late on Saturday, Colombia’s AGO said: 'Foo Fighters Drummer Taylor Hawkins was found dead in a hotel room on Friday in Bogota.

'After concluding an initial forensic examination of the body the AGO would like to communicate the following:

'1) Preliminary results of the urine toxicology test indicate the presence of 10 different substances: THX (Marihuana), tricyclic antidepressants, benzodiazepines, and opioids among others.

'2) The National Institute of Forensic Medicine continues to conduct the necessary medical studies to ascertain the cause of death.

'3) The AGO will continue to investigate and will duly inform the findings of forensic examinations in due time.' 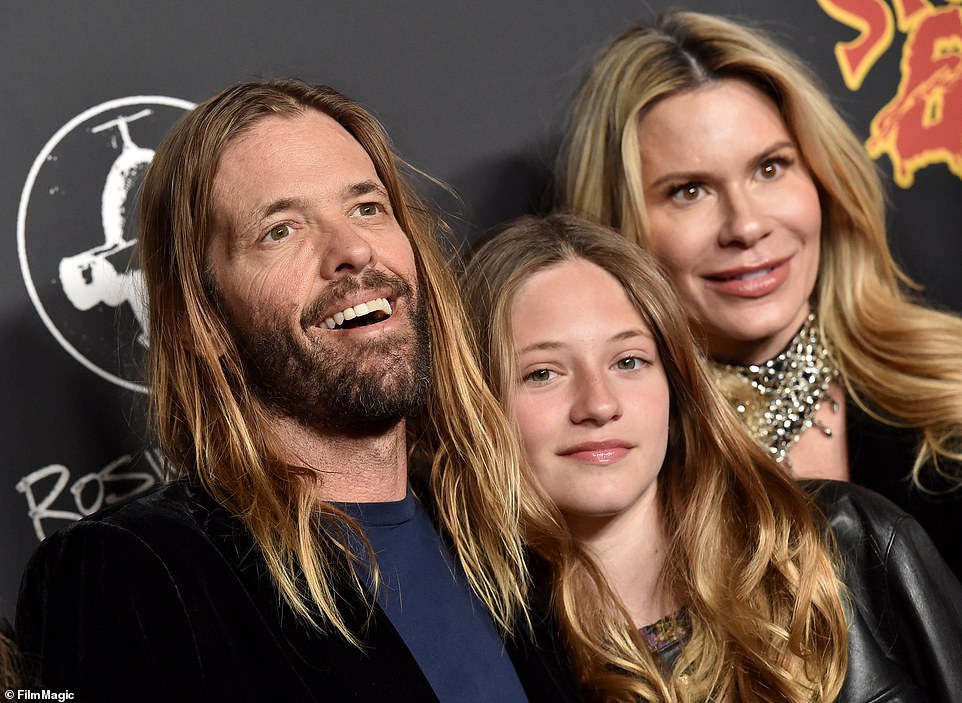 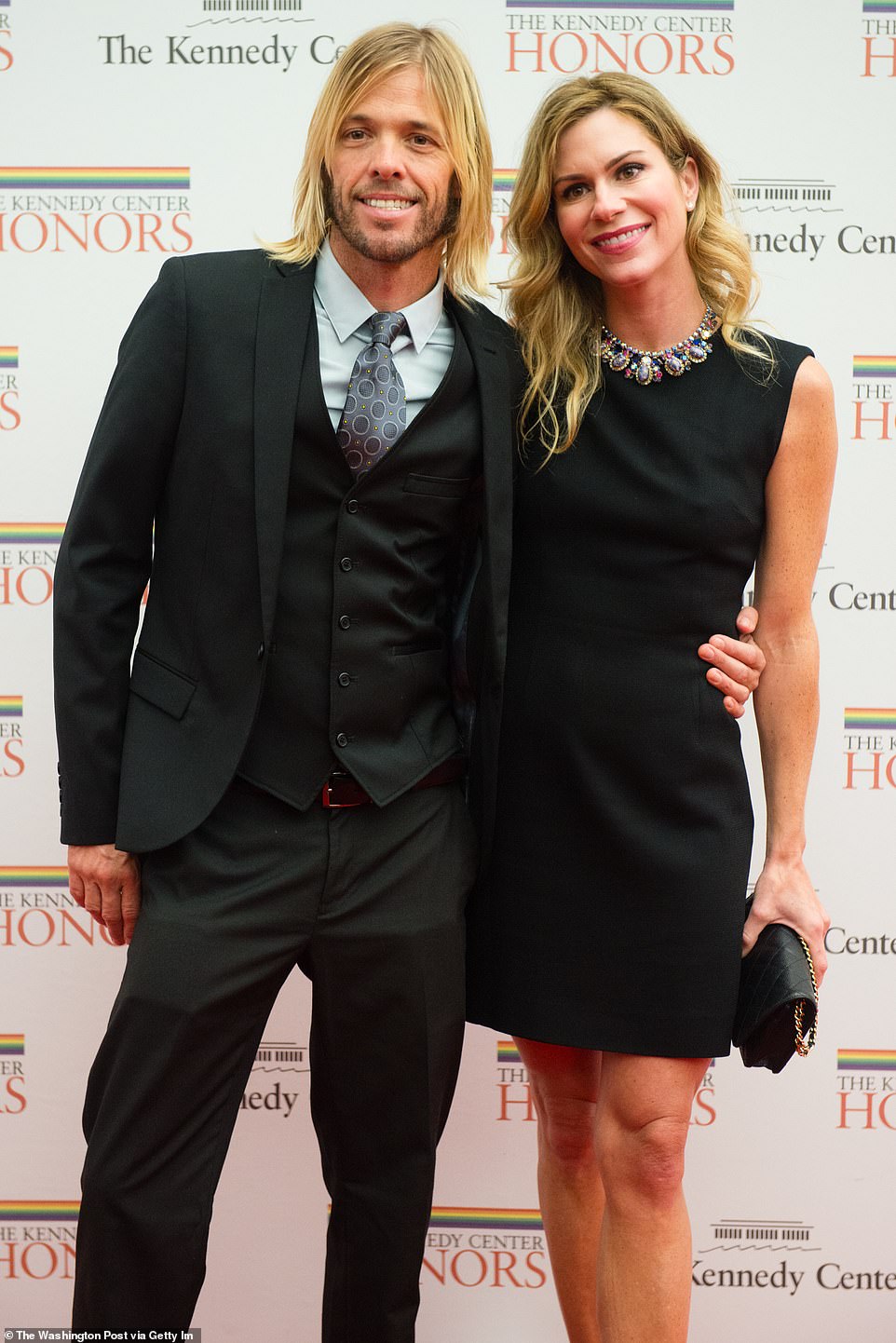 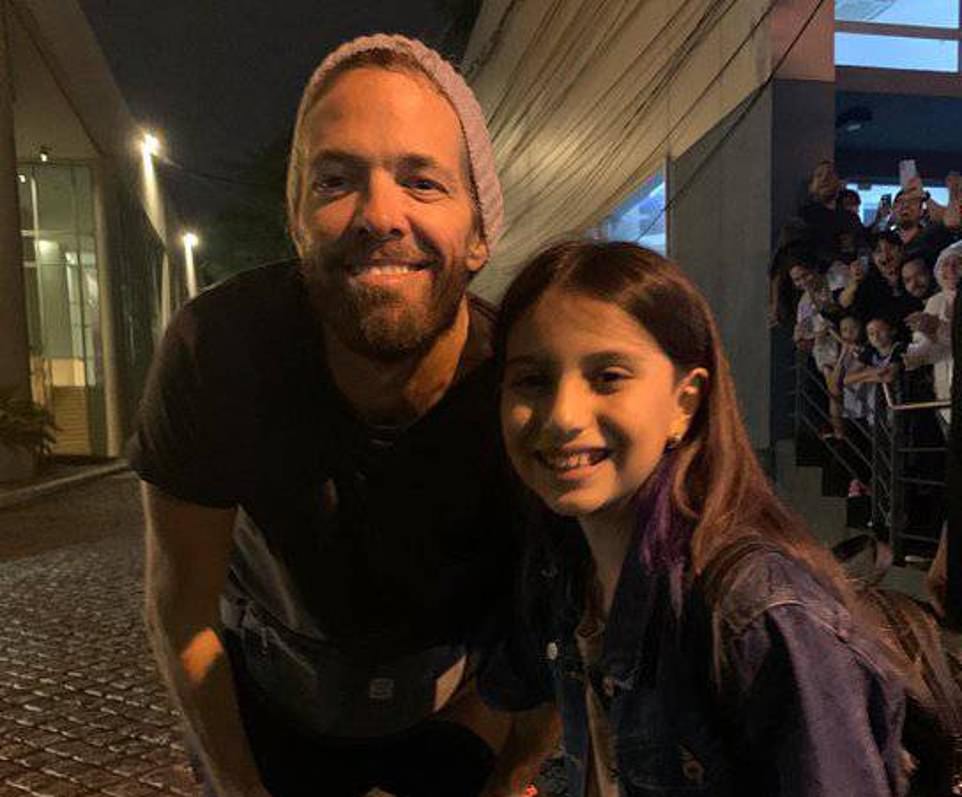 Taylor Hawkins  is pictured with a young fan in Paraguay days before his death. He helped  Emma Sofía, nine, fulfil her dream of playing drums with his band, Foo Fighters 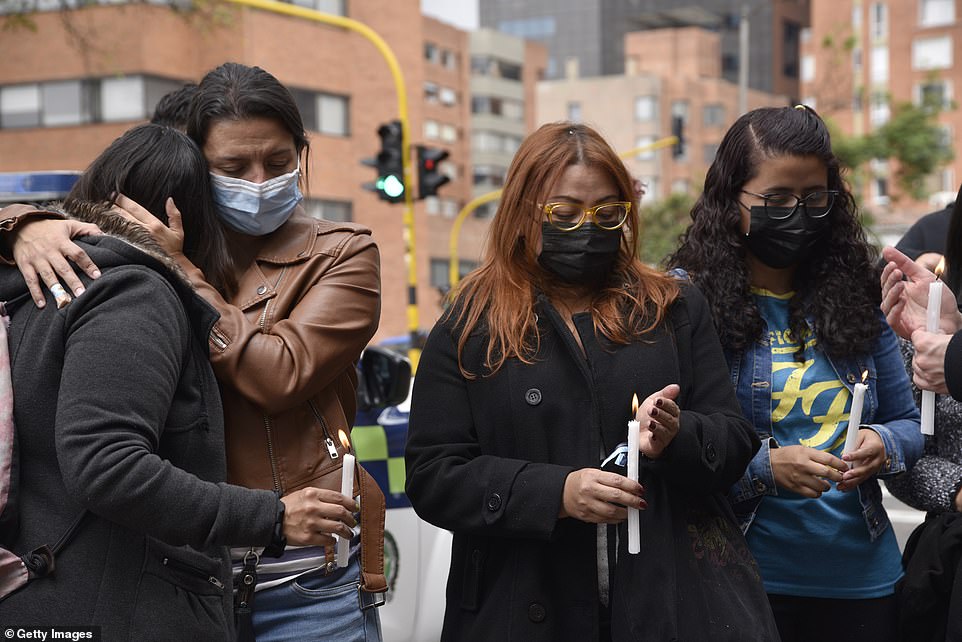 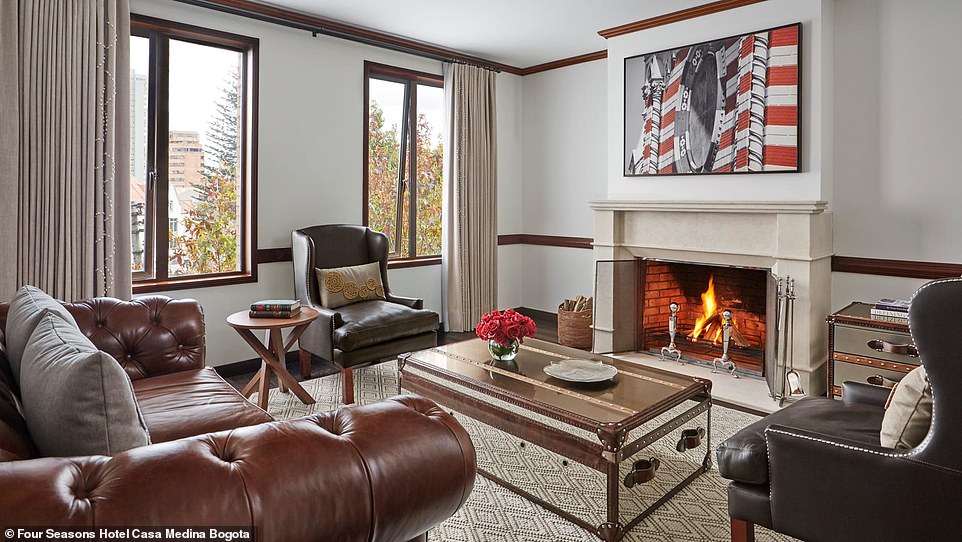 Colombian newspaper El Tiempo said a confidential report it had been informed about pointed to hallucinogens - mind-altering drugs that can include LSD - being found inside the hotel room. (Pictured, file image of a hotel room at Casa Medina) 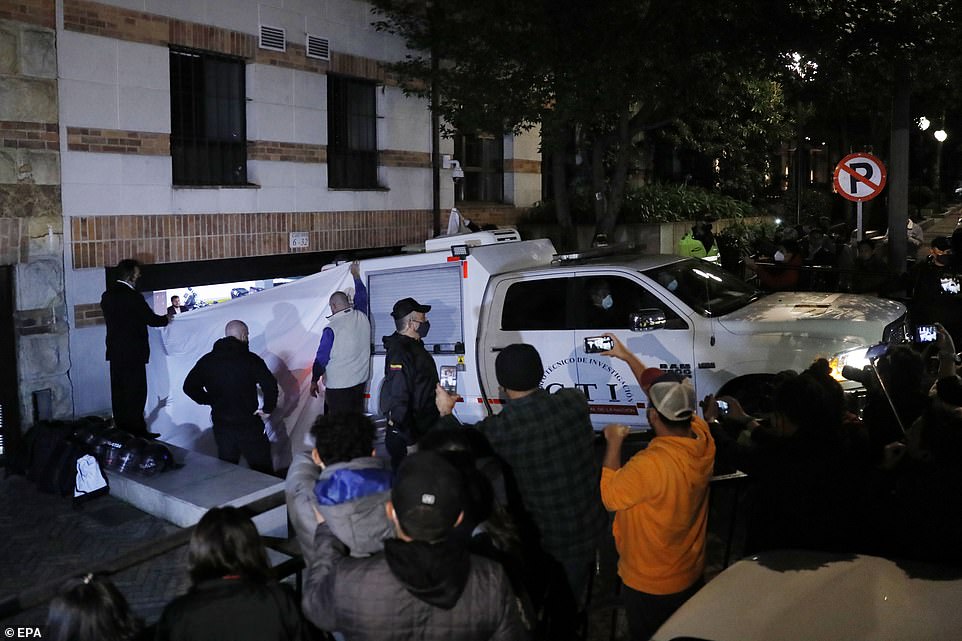 Members of the Technical Investigation Corps (CTI) remove the lifeless body of the drummer of the rock band Foo Fighters, Taylor Hawkins, at the Casa Medina hotel, in Bogota, Colomia