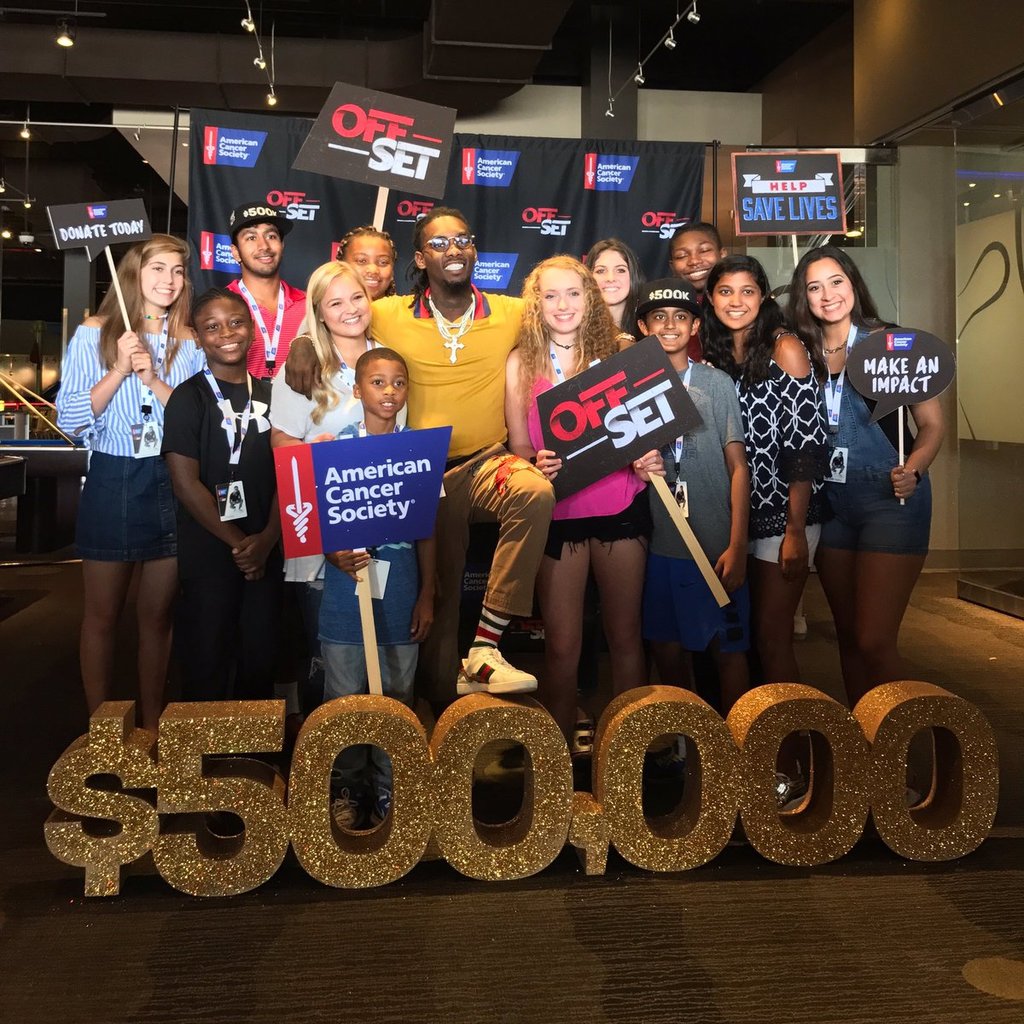 Migos member Offset is honoring his late grandmother Sallie Ann Smith, who died of bladder cancer in 2012, by starting a $500,000fundraiser via the American Cancer Society.

“It was really tough losing my grandma to cancer and one of the hardest things I have dealt with in my life. She motivated me to do my best and go for it; one of my biggest coaches," said Offset.

The 25-year old Lawrenceville, Georgia native hopes to inspire fellow colleagues, friends, business partners and fans to join in the fight with him.

“Losing a loved one to cancer is devastating, and we need to continue to help educate our communities about early detection and screening guidelines. I am incredibly proud of Offset’s desire to help save the lives of others, genuine heart, and talent as an artist," his mother, Latabia Woodward, said.

Fans who donate will automatically be entered into a drawing to win a shopping trip with Offset. Head over to the American Cancer Society's website to enter. (https://www.cancer.org/content/cancer/en/our-partners/offset.html)

Things seemed to begin to unravel when Budden’s co-host DJ Akademiks had to ask Takeoff to repeat himself multiple times, at which point Budden asked if they could “wrap this up.” But as the interview continued, Budden abruptly got to his feet and dropped his mic on the way out.

The whole interview, as well as the reactions afterward went viral, as did the reaction memes and gifs stemming from the show.

Three days later, Budden is now saying that he acted purposefully and that he meant to send a statement to Migos.

“I’m not saying it wasn’t wrong my behavior. I’m not saying it wasn’t disrespectful. It was. I’m telling you that at some point it stops being about knowing right or wrong and it starts to become, ‘Is it worth it?’ It 100 percent is worth it to me to let these little diva n*ggaas know that I don’t give two f*cks about none of this Migos sh*t. None of this sh*t,” he said. “Y’all sitting here giving n*ggas y’all a** to kiss. I’m not with it. I don’t care about your super stardom. I don’t care about your success. F*c* all ya’ll. Y’all can get up. Y’all do not have to sit here. I didn’t want to talk to y’all anyway.” 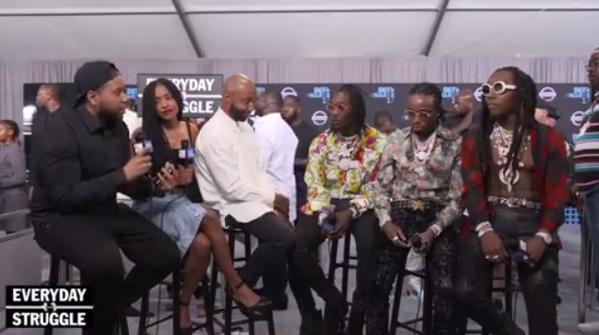 Things got heated between the members of Migos and Joe Budden on Sunday, June 25, at the 2017 BET Awards.

Offset, Takeoff and Quavo were being interviewed by Complex's"Everyday Struggle" crew when Budden announced it was time to "wrap it up." Apparently, Budden thought DJ Akademiks was taking too long to end the segment. He drops his live mic and starts to walk off of the set.

Things got heated as all three Migos members stood up and exchanged words with the Slaughterhouse emcee.

Watch what happens next below.

Takeoff (Kirshnik Khari Ball) from the Migos got CAUGHT SLIPPING by a THOT. The Migos rapper got DRUNK . . . and fell asleep next to the young lady – who then took pics of him and circulated them online.

Immediately after the pics hit the net people began QUESTIONING whether the female in the pic . . . was always a “female.” Some on social media questioned whether she was a transgender woman.

Comment by elinor goddard on June 26, 2017 at 10:24pm
Ugh!!! So much slackness. ,nastiness nothing is never a secret. Anything that you think is hidden under the down low. Always comes out!!!! Dumb, young and drunk. & Putting your business out there . If it walk like a duck , sound like a duck look like a duck then it's a duck!!!!, Period. Young youth. !!! Lol

LOL THESE GAY RAPPERS ARE GETTING EXPOSED LIKE NEVER BEFORE. HOW YOU DONT KNOW A CHICK WITH AN ADAMS APPLE AINT A DUDE? H*** MIGOS