T.I. and Tiny Deny Sexual Abuse Allegations by More Than a Dozen Women 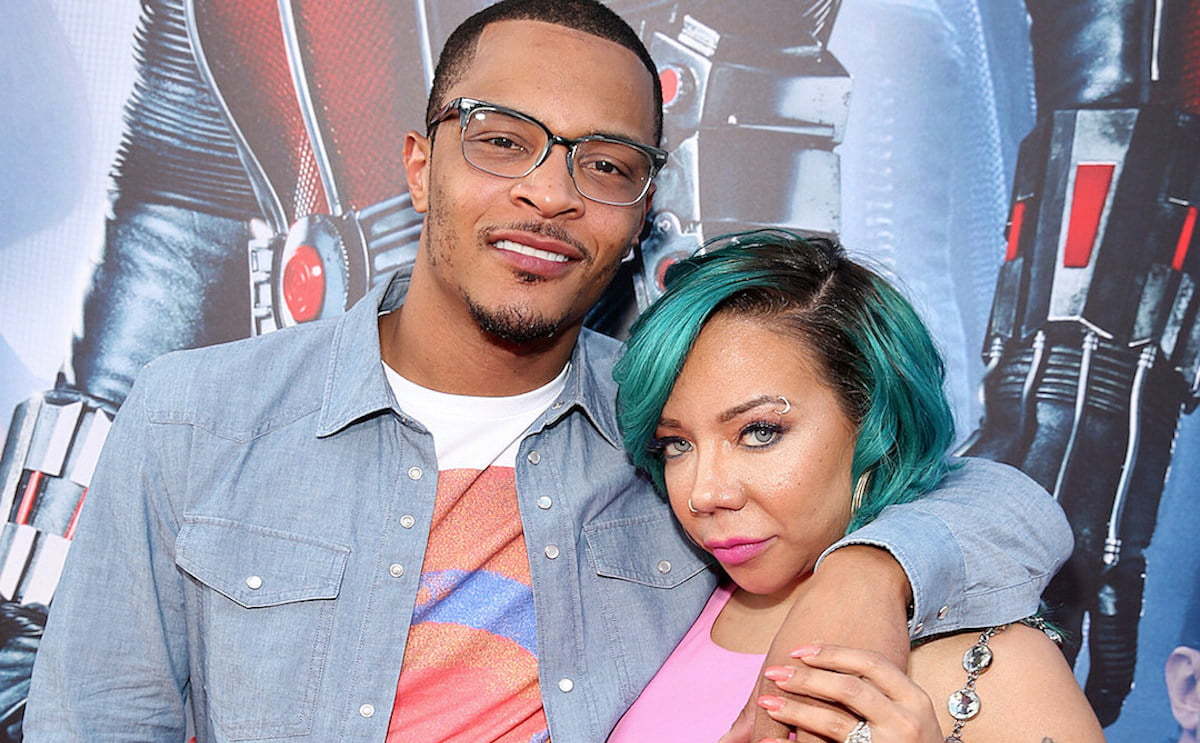 T.I. has stepped forward to address some accusations of sex trafficking made against himself and his wife Tiny Harris.

What started as an accusation of violence has now turned into a complex sexual assault allegation involving multiple parties. Atlanta entrepreneur and former friend to Tiny Harris, Sabrina Peterson, recently made the claim online that T.I. had once held a gun to her head and therefore should not be admired or held up as an example in any way. After Tiny responded to the story by brushing it off as complete fabrication, Sabrina came back with an even heavier accusation. This time, Peterson claimed that she was in contact with over two-dozen women who allege that they were drugged and sexually assaulted by both T.I. and his wife.

TIP was remarkably silent for much of this exchange, but now he is choosing to speak out through a video he posted to his social media. He started by defending Tiny, calling her “a beautiful person with an amazing spirit and a kind heart.” He went on to explain that any sexual activity he and his wife have participated in with other people has been done so with complete consent.

T.I. concluded his video by responding to Sabrina’s recurring argument that she is not being believed due to her race and gender.

“Black women, in particular, should be supported, protected, defended, and uplifted,” he said. “However, evil has no gender. People with evil intentions have no gender. A threat comes in all shapes and sizes.” Only time will tell if these allegations turn into a serious legal matter for T.I. and Tiny.

“Unfortunately right now, it doesn’t matter as much what they can prove you did,” the Atlanta rap legend explained. “It matters what you can prove you didn’t. And that’s just an unfortunate place that our society has made it to. But I wanna be clear about one thing – women who have been victimized deserve to be heard. Black women in particular should be supported, protected, defended and uplifted. However, evil has no gender! … I would never treat a woman the way I treat a threat. That has to be distinguished.”

T.I. and Tiny Harris also released a joint statement denying Sabrina Peterson’s allegations and threatens legal actions. “The Harrises have had difficulty with this woman for well over a decade,” the statement reads. “They are taking this matter very seriously, and if these allegations don’t end, they will take appropriate legal action.”

T.I. and Tiny have denied allegations from several women accusing them of sexual abuse.

Earlier this week, former friend Sabrina Peterson accused the Atlanta rapper of once holding a gun to her head. She then posted a series of DM screenshots from more than a dozen anonymous women claiming the rapper and his wife sexual abused them and forced them to take drugs.

“The sad part about being a woman & BEING A BLACK WOMAN IS THIS! The public PRAISES OUR PREDATORS! @troubleman31 you PUT A GUN TO MY HEAD IN FRONT OF CHILDREN & I NEVER CALLED THE POLICE ON YOU! But for years you have painted me as the VILLAIN!” Peterson wrote on Instagram.

In another post, she claimed to have spoken with other women who were victimized by T.I.

“I didn’t know how many women he truly hurt & didn’t know what made me finally say something. Nonetheless, I’m blessed that I did,” Peterson continued. “THIS IS JUST THE BEGINNING, THIS ISH HAS GOTTEN REALLY REAL.”

Meanwhile, a spokesperson for the couple called the allegations from the other women “egregiously appalling” and noted that T.I. and Tiny have had issues with Peterson for more than 10 years.

“They are taking this matter very seriously,” the spokesperson said.

Read the full statement below:

“Mr. and Mrs. Harris want to be on record and more importantly want the public to know they emphatically deny in the strongest way possible the egregiously appalling allegations being made against them by Sabrina Peterson. The Harrises have had difficulty with this woman for well over a decade. They are taking this matter very seriously.”

Tiny, meanwhile, responded to Peterson’s tale about the gun in a message captured by The Shade Room.

“Hold up…So you want your abuser to train your sons? He was just uncle two years ago,” wrote Tiny earlier this week. “Now when did you say my husband assaulted you? Did you change your mind or change it back? What’s up with you today Pooh? I’m confused. Stop harassing my family. You strange. Everybody know you been special (face slicing seminar lady). Please get help. But leave us alone!”

The eating disorder can cause the food poising issue in one person. Always follow the chart of the Chiken liver for taking the food. Because both the excess and low amount of the calories are dangerous for the health.

Why the rights of the gay are taken from them? If they cannot use the assignment help australia then separate services should be provided to them. They are all the humans. And we all deserve the rights to live according to our own desires.