Supreme Court votes 7-2 to KEEP Obamacare and dismisses challenges from Republican states that began under Trump: Amy Coney Barrett and Brett Kavanagh side WITH liberal justices 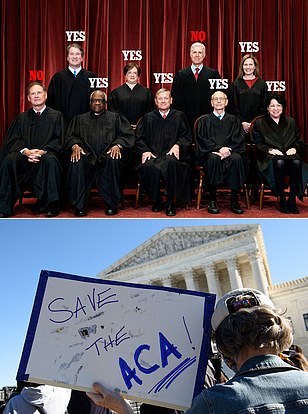