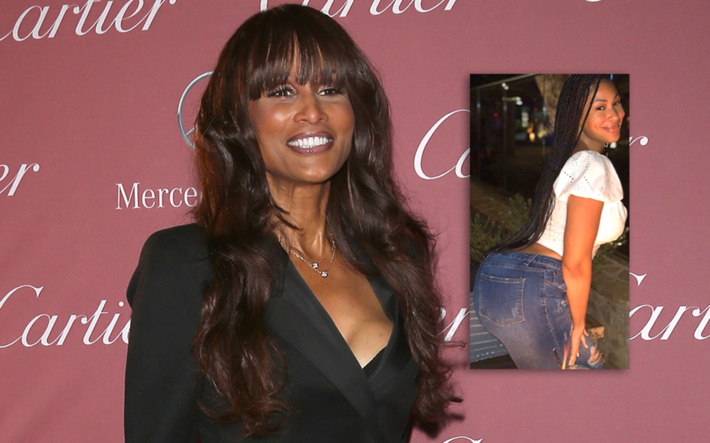 Supermodel Beverly Johnson's daughter is burning up the Internet today - after she released some new glamor pics,

Beverly's daughter Anansa looks just like her mother in the face. But she didn't inherit her mom's pencil thin runway shape. Anansa is built more like rap legend Nicki Minaj.

Here are some pics - which show exactly why she's trending on social media today:

Anansa's mom is Beverly Johnson, a legendary model, as well as an actress, singer, and businesswoman. Beverly rose to fame when she became the first African-American model to appear on the cover of American Vogue in August 1974

In 1975, Johnson became the first black woman to appear on the cover of the French edition of Elle. In 2012, Johnson was the star of the reality series Beverly's Full House that aired on the Oprah Winfrey Network (OWN).[citation needed] The New York Times named Johnson one of the 20th century's most influential people in fashion in 2008.

Comment by vaughn mitchell on November 27, 2020 at 7:30pm
Damn, she will be chased after. Fatty in the front and back. Men, are licking their lips. If you have money , and your celb, or professional athlete, she is yours, white or black.

Anytime you have to show your backside....Because it can be seen from the front. You are Lost. Selah