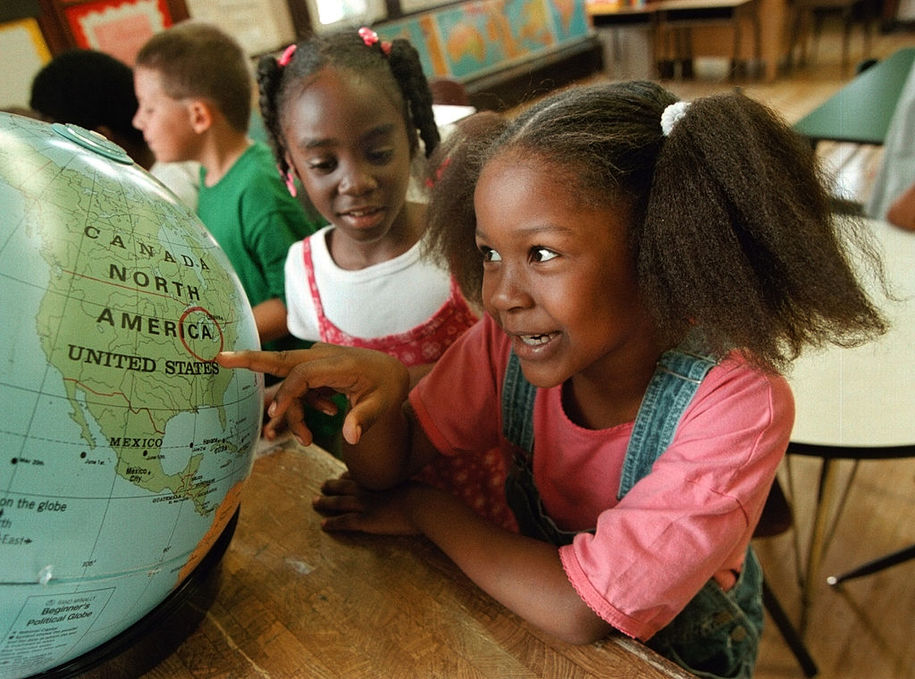 When we think about racial injustice in this country, much of our attention is drawn specifically to the plight of black boys and men. Statistics are repeatedly cited to drive home how police violence and mass incarceration disproportionately impact them and efforts to improve socio-economic disparities are hyper-focused on what is needed from the perspective of making things right for boys and men in order for black people to overcome the legacy of racial oppression. This is not new. The entire civil rights movement was built around black men as its voice and face (remember the images of men holding “I am a man” placards from the 1968 sanitation workers strike?), even though black women did the silent and unrewarded labor of organizing, feeding and caring for the movement and its activists.

But it’s worth asking, what about the black girls and women? No matter what we may believe, the girls are not all right. In fact, a recently released study indicates that black girls are viewed as less innocent than white girls—beginning at age 5.

This “adultification” has tremendous implications for the life experiences of black girls that go beyond childhood and the impact can be felt well into their adolescence and even into their actual adulthood. It is rooted in racist stereotypes about black women that served to erase black girls’ innocence and, as a result, is likely to put them into contact with the juvenile justice and criminal justice systems.

And though they make up less than 16 percent of the female school population, black girls account for 28 percent of referrals to law enforcement and 37 percent of arrests. Black girls are also almost three times more likely than white girls to be referred to the juvenile justice system and 20 percent more likely to be charged with a crime.

Make no mistake—this is incredibly important and worthy of talking about. Schools push out black girls for things like wearing braids or ethnic hairstyles that supposedly “distract” from the learning environment, for “having an attitude” or being “angry.” These are all the same not-so-subtle messages that the world sends about black women. If black girls aren’t welcome in school or if they are forced out of the classroom, they can’t learn and their life chances are greatly diminished. That’s why the National Women’s Law Center has an entire campaign called Let Her Learn, which focuses on stopping school push out for black girls and girls of color.

“One reason this might be occurring is because black girls are being held to the same stereotypes we have of black women,” [Jamilia J. Blake, co-author of the study and an associate professor at Texas A&M University said]. “Black women have historically and currently been seen as being aggressive, loud, defiant and oversexualized. And I believe, along with many other researchers, that the stereotypes of black women are being mapped on to black girls.”

This study is the first of its kind to focus on black girls. That in itself is problematic. For years, researchers have been trying to understand how racism and unconscious bias shows up in schools. But somehow, it continues to escape many people’s attention that black girls are impacted by racism too. As a society, if we are going to honestly deal with race, then we have got to stop operating from this fictional place in which black boys in men are the only ones impacted by racism while we imagine black girls and women watching and experiencing it from the sidelines.

Bringing attention to this point is not to diminish the very real dangers faced by black boys and men in a world governed by white supremacy. But enough with the silencing around the conditions of black girls and women. Our approach must be one in which we can address multiple issues at once. A racial justice movement that fails to recognize the intersections of racism and sexism for black women and girls will, ultimately, be an unsuccessful one. “A 2014 study by Phillip Goff that found that black boys are more likely to be viewed as older and suspected of crimes starting at age 10.” This report shows us that black girls are likely to be seen as less innocent starting at age 5. The fact is that we know that all black children (including girls) are at risk. It’s time for us to work to do something about it.

Lu  Kelli Coke,     and it can be done by not listening to, watching or buying the product, one it hits their pockets, they'll change their tune (no pun intended)

I am one who no longer entertains myself with any of those shows, but the Generation Y seems to be fascinated that comes with being young and blind. They won't learn until enough of us spread the word on deceptive media and entertainment that are forced upon the generations to idolize. I have not idolized anyone since the Prince, The Jackson family, and the New Edition. But the entertainment industry is going straight to hell....smh

Ok, question:  Then why do we continue to support programs like "Love & Hip Hop, NY, Atlanta, Hollywood"; "Basketball Wives", "World Star" videos?  Why don't we speak out against the hypersexualization in our favorite artists videos, such as Nikki Minaj, Rihanna, Beyonce, many of our dancehall videos and artists?  Shouldn't we be the first ones to raise our levels of consciousness and demand that we NOT contribute to the stereotypes ourselves?!  Just asking, though......

oh, to the slave masters and your offspring, always with the experimentations and unethical studies. nYour studies comes from the CAVEMEN culture in which savagery was you'll only way of survival. ok....