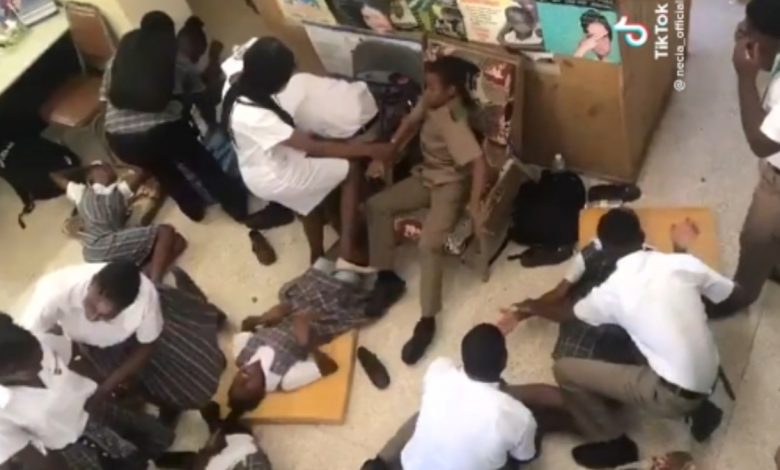 Oberlin High School in St Andrew ended early Wednesday due to students wailing and collapsing to the ground during devotion. The strange incident was explained to Juliet Cuthbert Flynn, a member of parliament for St Andrew West Rural, who was in the Lawrence Tavern vicinity and saw students leaving. Flynn told the Jamaica Gleaner that she spoke to the students, and they recounted the incident to her.

According to the students, a teacher was “preaching or praying” during devotion and “she got into the spirit, speaking in tongues and then the children start to drop and frothing at the mouth, some of them can’t walk.” Following the reports from the students, Flynn visited the school and saw students on the ground. She stated that people were praying for the students and anointing them with oil. Some students were carried away by the parents who came. When she spoke to the school’s guidance counsellors, the details of how the incident unfolded were identical to the students’ reports.

Watch the videos of the students below.

Comment by Sheldine Forde on October 28, 2022 at 7:15pm
Wtf? Are they sure she was speaking in tongues? Or was she speaking in obiah?