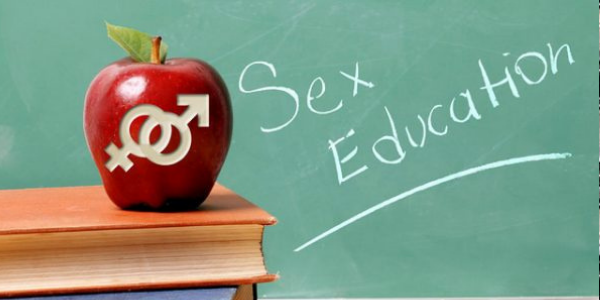 During a Sex Education class, educators took the lesson a step further from the typical notes and pictures to a graphic video showing how a male and female has sex.

While it is not clear which school it was, a video that surfaced on the internet showed a classroom of students becoming enthusiastic as they watched the demonstrative video.

The students, seated in their green and white uniforms, had clearly enjoyed their shocking surprise in Sex Ed class.

The video, which was a cartoon illustration showing the inside of the male and female bodies, demonstrated how a penis gets erected. With the penis fully erected, the video went on to demonstrate the vagina, and the thrusting motion of a male as the male proceeded to have sex.

The video obviously had an effect on the students as they were all loudly laughing and cheering.

Watch the video below

ask biden's son to do that.

I SAID WHAT I SAID.

in a kids' cartoon short-version method.

#AMERIKKKA needs stop smoking our taxes and our hard-earned monies.

Oh don't worry, it is going to show how the same sex do it and

how sex with animals can be done