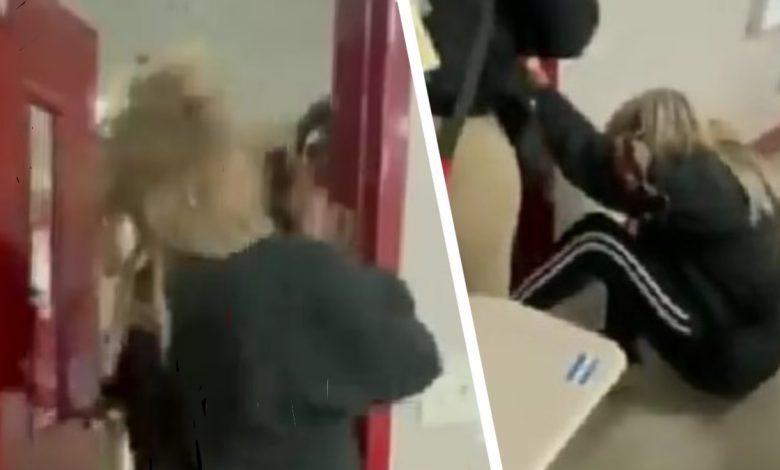 In a video that has taken Twitter by storm, a female teacher was captured on tape taking a punch to the face from a male student. The post was captioned, “a student punches a teacher in the face.”

Minutes before 1:00 PM yesterday, an account by the name of Daily School Fightsshared a video of a teenage student punching his teacher. The incident took place at the entrance of a classroom where the teacher was arguing with a group of students who seemed to be late.

A student shouted, “oohhh, she about to lose her job.”

It could not be heard what the student directly in front of the door said to the teacher, but he made a pointing motion that was not received well by the authority figure. The reactive response was for her to slam the door.

Another student who was standing by the door silently during the argument had his hand caught in the door. In retaliation, he pulled back his fist and punched the woman in the face.

The comment section of the post, which has already amassed over 44 thousand likes and 7 million views, lit up with diverse views on the issue. Someone stated, “He has his back turned and doesn’t see her closing the door. She slammed the door and could clearly see his arm. She caused that situation. She’s the adult and should’ve behaved as such. She assaulted her student,” while another pointed out, “No matter what she did bruh Respect the elders A true born African can’t do this Always the black Americans thinking violence can solve everything.” 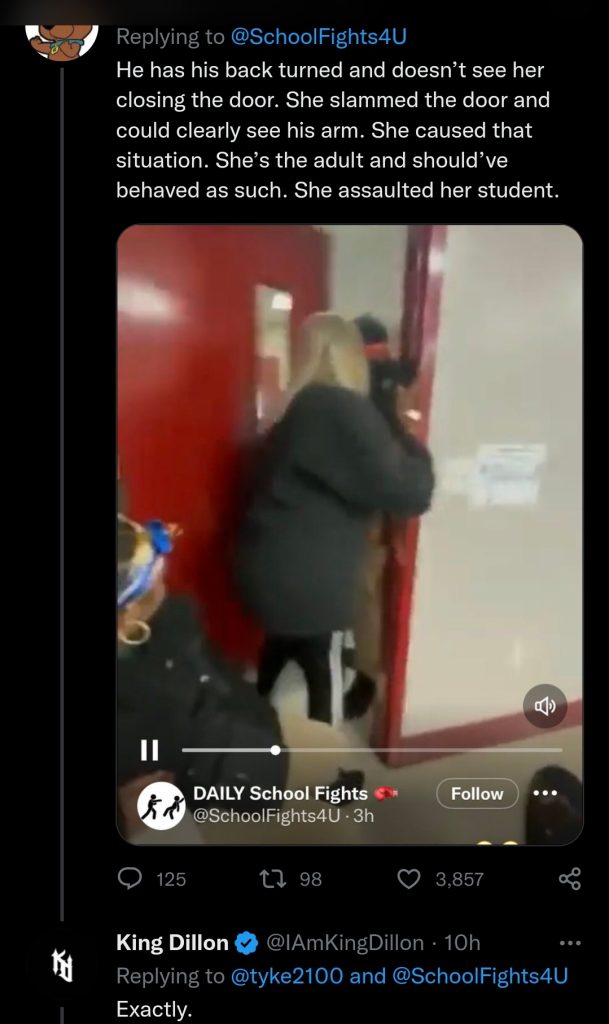 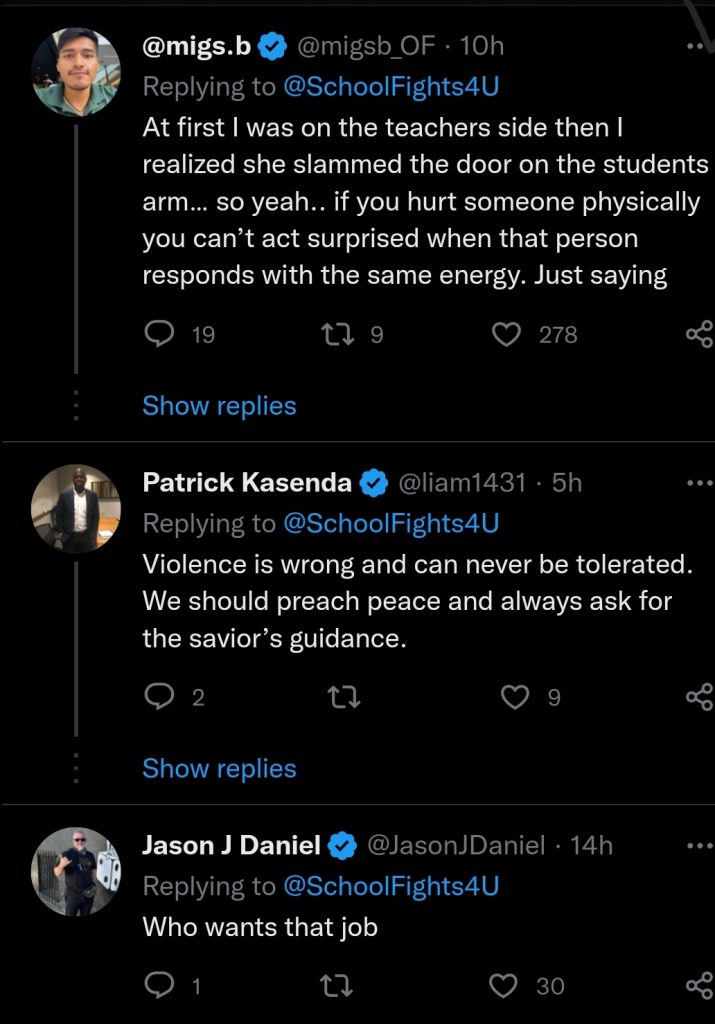 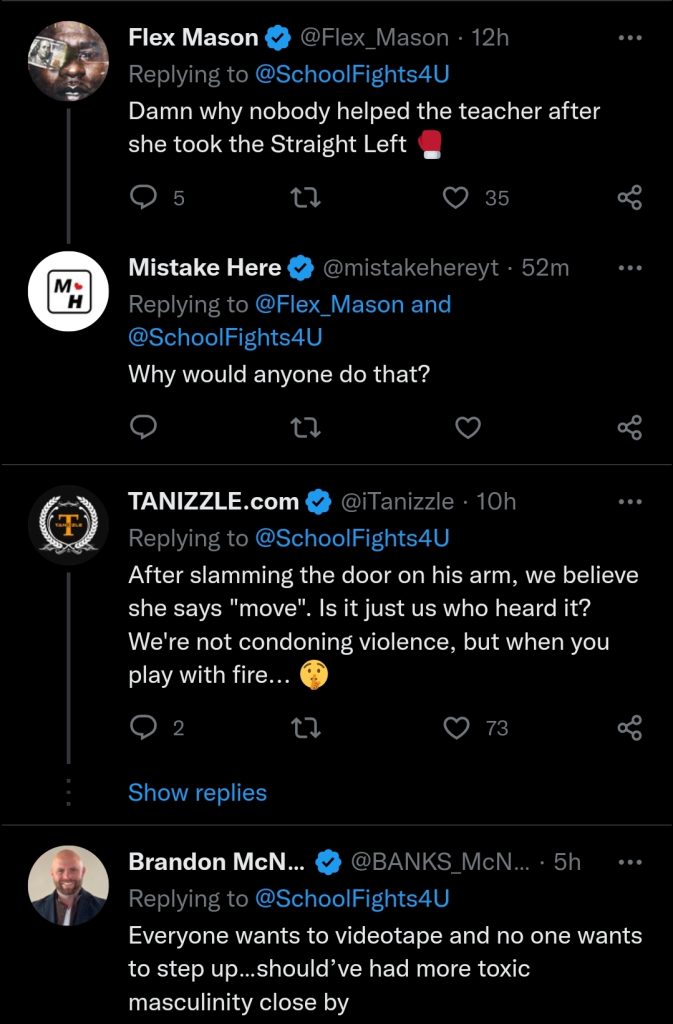 That's dumb of her, but his ass might just catch a felony, punching a white teacher, oh hell no, a white judge will not let his black ass get away with that.

I can see his frustration, those doors are heavy, I know that s*** hurts. But these days with all those conditioned idiots they repeat everything media to them to say, everything is mental illness, but do they ever look up the meaning mental illness.