Stephen A. Smith Blasted for Being an ‘Uncle Tom’ After Kyrie Irving Rant 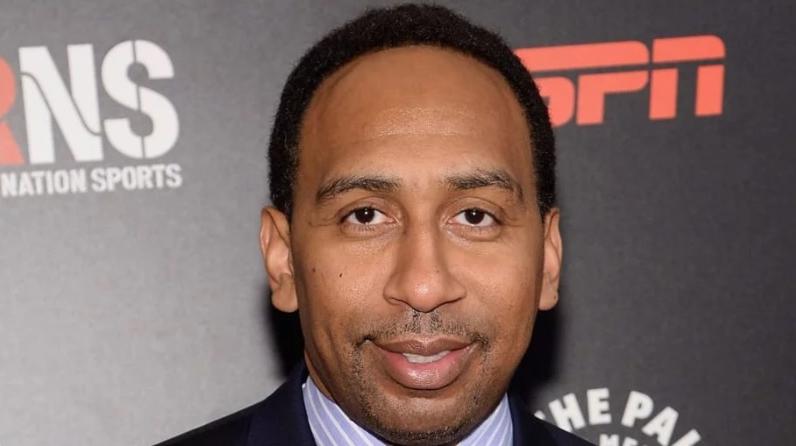 />Former NBA player Stephon Marbury blasted Stephen A. Smith for being an “Uncle Tome” after Smith’s rant about Kyrie Irving on ESPN’s “First Take” last week.
“We are witnessing one of the most delusional athletes in American history,” Smith said about Kyrie.
Marbury responded, “We are witnessing one of the biggest uncle Tom’s on the planet in @stephenasmith.”
Smith clapped back on “First Take,” saying: “I’m not going to insult Stephon Marbury. I will say Stephon Marbury has had a problem with me since 2009 because we thought he was a bit bizarre when he was eating Vaseline, literally on video — like it was a bunch of cheeseburgers. Like, gobbling Vaseline.”

Marbury caught wind of his remarks and made clear in a tweet that he has had a problem with Smith ever since the media personality “was calling yourself a source after Larry Brown was feeding you information which were lies that you reported to build your reputation,” Marbury tweeted.

“You never put your name on the lies. You break down black athletes for gain and fame,” he added.

Smith often catches heat for his harsh criticism of Black NBA players. Addressing his critics last week in a tweet, Smith asked, “I’m only supposed to be complimentary?” he said in response to Jamie Foxx’scondemning his take on Nets player Ben Simmons.

“I’m calling out a Kyrie and a Ben Simmons because of their impact and effect on the black athlete. When you go to the collective bargaining table, and [the owners] use them as an example to try to minimize their contribution to players, that’s about those players. That’s about the black athlete,” said Smith.

90% of black men and women in Hollywood or on tv are either sell out, gays and lesbians, they are not there to represent black people, they are there for opportunity and please the white men, that is why they so unimportant to me, if you cannot contribute to help grow your race, you don't man nothing, the Jewish does it, white people do it, and look at them.

Comment by vaughn mitchell on May 8, 2022 at 12:48am
Stephon Marbury , should study black history, if he knew what Uncle Tom, stand for it would be a honor to a black man an Uncle Tom. Uncle Tom, did not get that name for being a sellout. He got his ass whipped by his slave masters because he would not tell on the two female slaves who ran away. He was not a sellout, but you know what when you don't study black history, you say s*** that you don't know nothing about.