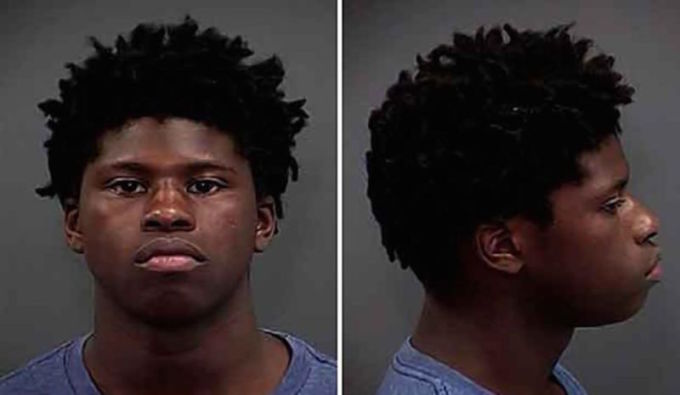 A South Carolina woman pulled the ultimate self-defense move last week. When 16-year-old Antoine Miller entered her home with a serrated knife and forced her into the bedroom, she fought him off by biting his tongue in half. She spat the rest of Miller's tongue onto her kitchen floor, fled to a nearby gas station, and called the police, the Washington Post reports.

The 33-year-old woman (whose name hasn't been released) said she heard knocking at her front door early Friday morning. She checked twice and no one was there, but the third time she opened the door Miller was standing on her porch with a knife. She screamed, but Miller tackled her and punched her in the face. He dragged her into the bedroom, but when he tried to take off her shorts she kicked him in the groin.

“Now you have to die,” he told her, according to the police report.

The assailant then forced himself on top of her and shoved his tongue in her mouth.Faced with a younger, stronger, armed assailant, the woman did exactly what self-defense experts suggest: she went for her attacker’s weak spot. In this instance, it was his tongue.

The woman “bit his tongue as hard as she could until she heard it snap,” according to the police report. Miller then began screaming and climbed off of her.

The woman escaped and called the police, who began searching for Miller. In the end Miller's mother accidentally revealed his location—she called an ambulance for her son and, when asked what the problem was, answered "not having a tongue," which was kind of a giveaway. Cops found half of Miller's tongue on the woman's kitchen floor and put it on ice, but it's unclear whether doctors will be able to reattach it. Whatever happens in Miller's case, it'll be a while before he can testify.