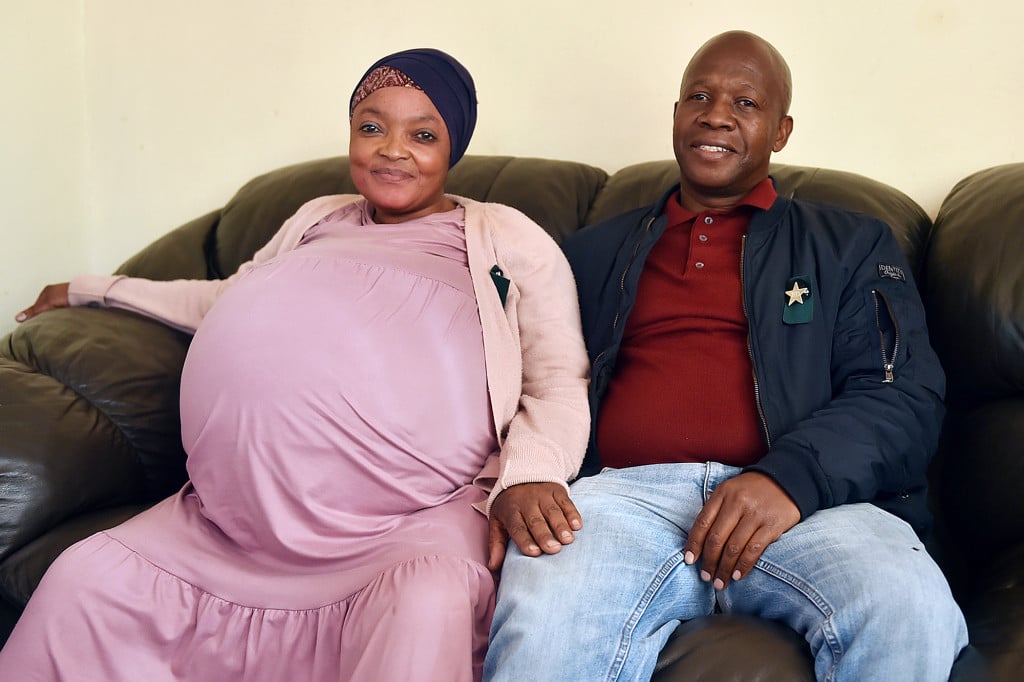 A South African woman who claimed she gave birth to 10 babies last month is “now being held against her will” at a psych ward after allegedly admitting she lied about the pregnancy.

As reported by Complex, no hospitals in the Gauteng province have a record of decuplets being born

According to South Africa’s Eyewitness News, Gosiame Thamara Sithole,37, was examined by a medical team at the Thembisa Hospital on Gauteng’s East Rand following reports that she gave birth to five babies vaginally and the others via a C-section.

“The medical evaluation has shown that there was no pregnancy. It also shows that there are no physical scars to indicate a recent C-section,” a source said.

Sithole’s attorney, Refiloe Mokoena, claims she is “now being held against her will” at Johannesburg’s Tembisa Hospital, where she underwent a psychiatric evaluation, per IOL.

“She instructed me to accompany her to the Tembisa Hospital. And when we arrived at the hospital, they took her straight toward 14, the psychiatric ward. They told me that now she was in their custody, they would not be allowing the lawyers and the team of psychologists that she had requested to be present,” Mokoena said. “When I left Tembisa Hospital, she made it clear that seeing that she is now being held against her will, I should please move an urgent court order for her to be released…”

According to the Health Professions Council of South Africa, medical details of a patient can be disclosed without consent “in cases where health care practitioners have considered all the available means of obtaining consent, but are satisfied that it is not practicable to do so, or that patients are not competent to give consent, or exceptionally, in cases where patients withhold consent, personal information may be disclosed in the public interest.”

“…the benefits to an individual or to society of the disclosure [should] outweigh the public and the patient’s interest in keeping the information confidential,” it states further.

Authorities can hold Sithole for at least 72 hours under the Mental Healthcare Act.

Meanwhile, Teboga Tsotetsi, the father of the children, has shared his doubts about the births.

“He (Tebego) made several attempts to visit his girlfriend, but she has failed to disclose her whereabouts and the condition of her babies,” a statement said. “The family has resolved and concluded that there are no decuplets born between Tebogo Tsotetsi and Gosiame Sithole, until proven otherwise and wishes to apologize for any inconvenience and embarrassment.”

Sithole reportedly fired backlashed at Tsotetsi, telling South African reporter Piet Rampedi that Tsotetsi’s family is the main reason she will not disclose their whereabouts. She claims her partner’s “bitter” family wants to use her and the babies for financial gain.

“I feel that they never loved me and I was forcing myself on them,” she told Rampedi, according to the Sun.

A week after reports that Sithole delivered decuplets, breaking the Guinness World Record, there has been no evidence that the babies were born, and no medical doctor has also come forward to confirm the births.