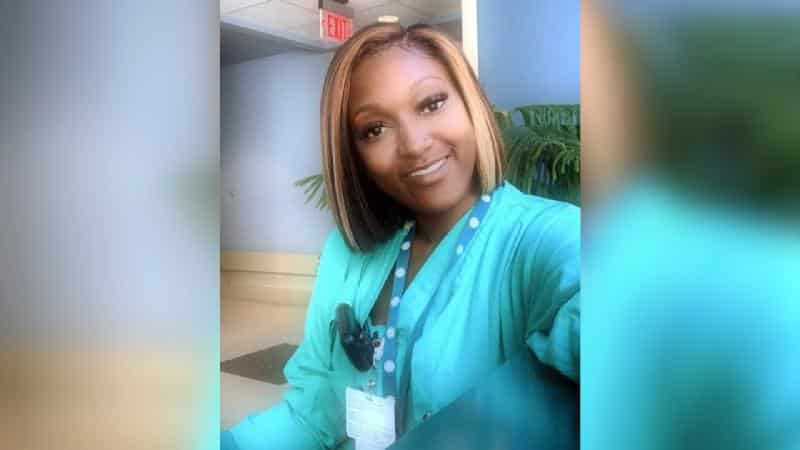 Tequila Long, the sister of Shanquella Robinson, is speaking out about the group of friends Robinson was last seen with while on vacation in San Jose Del Cabo, Mexico

“She actually came here to borrow a piece of luggage of mine to take on the trip,” Long shares with ESSENCE. “I thought she was going with the people she always traveled with, so it wasn’t any reason for me to have any ill feelings towards her going out of town. I just tell her to be safe.”

We reported previously that Robinson, 25, was allegedly beaten to death by a “friend” in a Mexican villa on Oct. 28. The “friends” told Robinson’s mother Salamondra Robinson that her daughter’s cause of death was alcohol poisoning. But the family was told a different story by Mexican authorities and the FBI.

“When the autopsy came back, they said it didn’t have anything to do with the alcohol,” Salamondra shared with Queen City News. “[They] said that she had a broken neck and her spine in the back was cracked. She had been beaten.

A disturbing video ultimately surfaced showing Daejhanae Jackson attacking Robinson in a bedroom while the victim is naked. A man who appears to be filming the assault is heard asking Shanquella, “Quella’ can you at least fight back?” Robinson attempts to get away but she is slammed to the floor and punched in the head repeatedly.

Long tells Essence that she heard there had been a fight at the villa but she believed a close male friend of Robinson who said Shanquella died of alcohol poisoning.

When the friends returned back home to Charlotte, N.C., they spun a wild tale to Robinson’s mother.

“They came to meet my mother to talk about the incident that happened in Cabo. The two young ladies, and the male, told us that there wasn’t any type of fighting going on. That they believed what the medic told him, that it was alcohol poisoning. We asked him about the fight because we was hearing from other people that they was out there fighting her, they had jumped on her out there. So they all was giving us a story, a lie, until the video surfaced.”

The United States State Department initially released a statement saying there is “no clear evidence of foul play.” But Black Twitter sleuths decided otherwise and made the fight video go viral. They also published the names and photos of Robinson’s travel companions as well as their social media pages, addresses, employers, and even birth certificates online, SandraRose.com reports.

The FBI caught wind of the evidence gathered by Black Twitter and ultimately launched an investigation into Robinson’s death. Mexican authorities also issued an arrest warrant for the aggressor, charging the individual with Femicide.

Long said she was left “livid” and “extremely upset” after she watched the video of her sister being beaten by Jackson.

One moral of this incident could be that "males" can not behave as the best friends for protection against other females that don't respect or abuse dominant physical authority (bullies).

If those hateful creatures knew she had people who loved her enough to die for her they would not violated her and tortured her before taking her life, if any one would stand to seek revenge like a brother, cousin, a crazy father and uncle that would come after them trust they would not even mess with her. Your so call friends always make sure they know your weakness and if you are loved, its easy to tell especially when you always under them on special occasions and holidays, she was in Mexico for her birthday without a sister or a brother, but when people don't have love on their lives they try to satisfy society and not knowing special occasions like a birthday should be spent with family, I have yet to spend a birthday away from my family, or holidays, if I am dating a female and you are not with me around my family you are not the special., sorry she had to die that young but when you don't live as a family you will be violated by outsiders, any one who don't believe in something is not protected and is an opportunity to any danger thay can be cause by evil.