Sister of NBA star Kawhi Leonard is arrested for the murder of an elderly woman whose 'skull was cracked in a casino bathroom before she was robbed of $1,000' 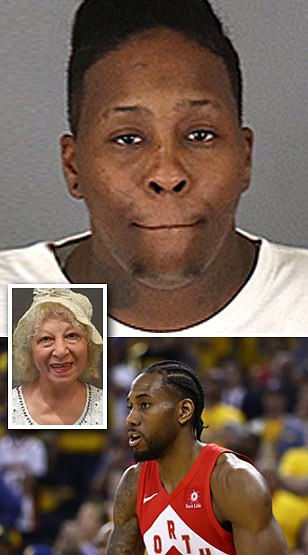 The sister of NBA star Kawhi Leonard has been charged with murder over the death of an 84-year-old woman whose skull was cracked in a California casino bathroom where she was robbed of about $1,000.
Kimesha Williams, 35, was charged with murder and robbery along with Candace Townswel, 39, for the August 31 attack at the Pechanga Resort Casino in Temecula, according to a report from the Riverside County Sheriff's Office.
Both women were identified by investigators reviewing casino surveillance video as suspects in the beating death of Afaf Anis Assad, 84, of Long Beach, Sergeant Steve Brosche wrote in the report.
Williams, of Moreno Valley, California, was confirmed to be Leonard's sister by her aunt, Denise Woodward, according to the Press-Enterprise. 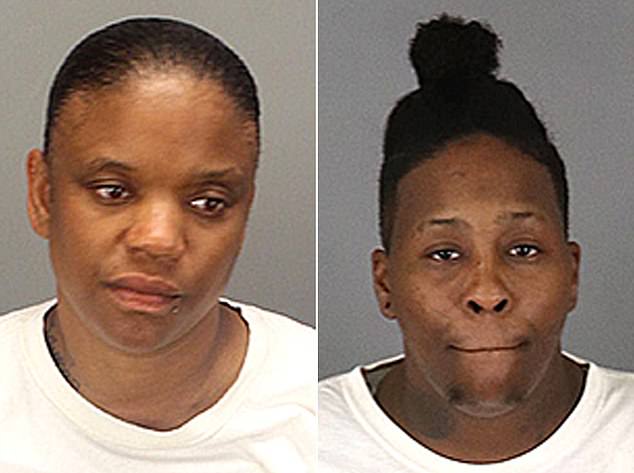 Kimesha Williams (right), 35, and Candace Townswel (left), 39, of Moreno Valley, California, were charged with murder and robbery for the August 31 attack at the Pechanga Resort Casino that led to the death of Afaf Anis Assad, 84, of Long Beach 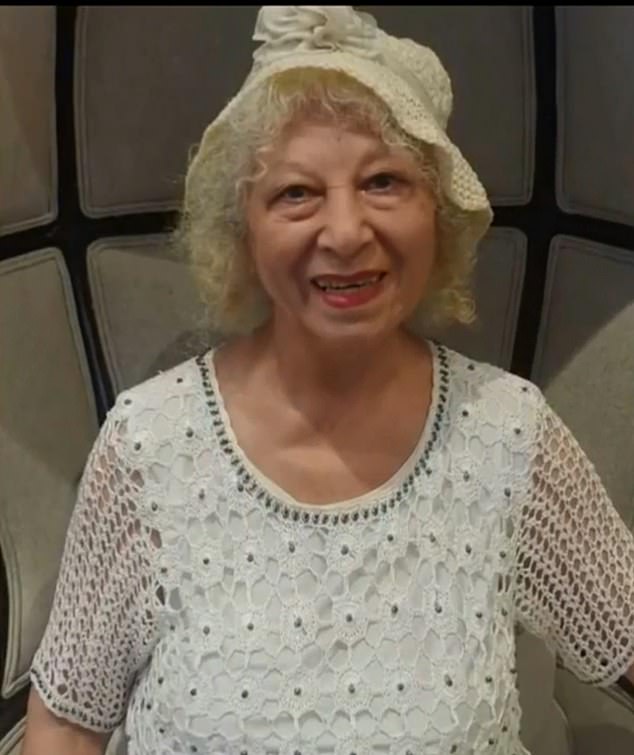 Afaf Anis Assad (above), 84, of Long Beach, was found in a casino bathroom unconscious after her skull was cracked and she was robbed of about $1,000 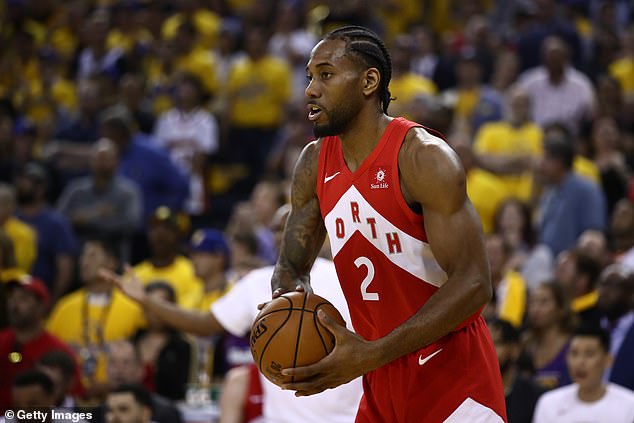 There is no suggestion that Williams' NBA star brother, who two months ago signed $100 million contract with the Los Angeles Clippers, was in any way involved in the attack.

A spokesman for the Riverside County District Attorney's office did not immediately respond when Dailymail.com reached out.

Assad's family members said they also were told by investigators that Williams was Leonard's sister, and said they hope he can relate to their loss after his father too was murdered.

Mark Leonard died outside his car wash in Compton after he was shot multiple times on January 18, 2008, when the star forward was only 16. The case remains unsolved, reports the Los Angeles Times.

'We know he understands the pain we are experiencing,' Assad's son-in-law Wayne Brown said in a statement released to KCAL9.

Deputies from the Southwest Sheriff's Station said they were called to the casino about 8 a.m. to investigate after Assad was found unconscious in a bathroom. She was transported to a local hospital and admitted with 'serious injuries.' 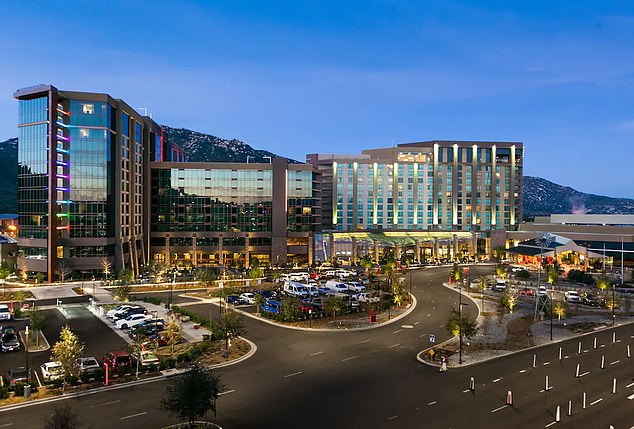 The victim's skull was broken, reports the Press Enterprise.

'Investigators who had also been closely monitoring Assad's medical status, learned she would likely die from her injuries. The Central Homicide Unit was notified and responded to assist with the investigation,' the sheriff's office wrote in its report.

Four days later, Assad died from her injuries, according to authorities who followed up with the arrests after reviewing the video and locating the suspects. 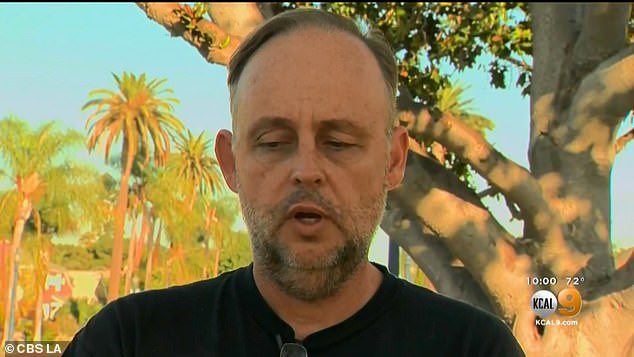 'We know he understands the pain we are experiencing,' Assad's son-in-law Wayne Brown said in a statement, referring to the unsolved, shooting murder of Leonard's father in 2008 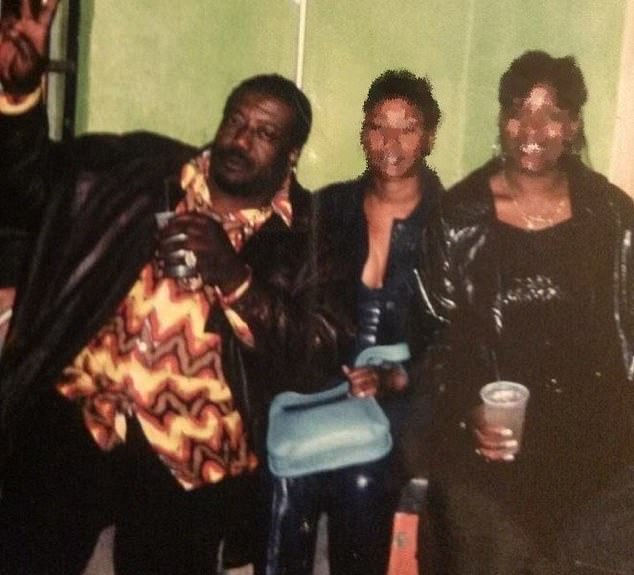 Mark Leonard (above), 43, died after he was shot multiple times on January 13, 2008 outside his car wash in Compton, authorities say 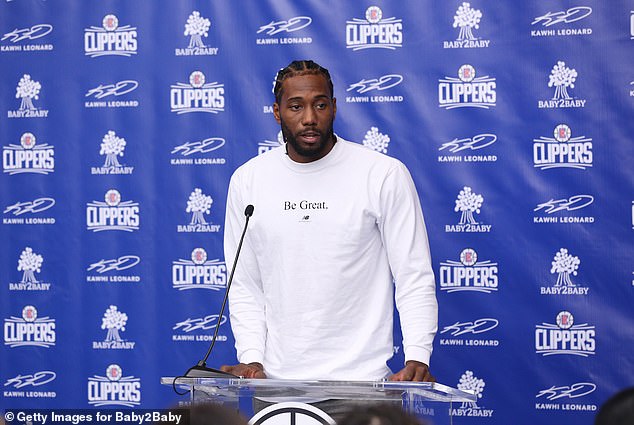 NBA forward Kawhi Leonard (above) signed a contract with the Los Angeles Clippers worth more than $100 million two months ago. He was only 16 when his father was gunned down outside his car wash in 2008

According to court documents, an investigator requested that the suspects be held without bail because he feared Williams' family had the financial resources to get her released.

'Williams has family that are well off and could post her bail of $1,000,000,' the investigator wrote, according to the Press-Enterprise. 'I am requesting NO BAIL to assure Williams' appearance in court and to keep innocent victims safe.'

Contacted at her home in Moreno Valley on Saturday, Woodard said she didn't know if her niece was contacted by her brother after the arrest, reports the Press Enterprise.

Woodward did not immediately respond when DailyMail.com reached out.

Jail records show that Williams is 6-foot-2, just five inches shy of her brother, who is 6-foot-7.

However, at 320 pounds, she outweighs him by almost 100 pounds. Her previous criminal record includes grand theft auto and attempted robbery.

The new charges against Williams and Townsel include, murder, robbery, elder abuse and a special circumstance of committing a robbery during a murder that makes them eligible for the death penalty.

The district attorney has not decided whether to seek that penalty or life in prison without the possibility of parole, Hall previously told the Press-Enterprise.

Both of them are antholes. Just used some raid on them. She could have asked her brother for $1,000 dollars. I hope Kawhi let her rot in jail. This is a crime where the scumbags do not deserve any sympathy.; not even from family members.

Comment by vaughn mitchell on September 11, 2019 at 3:55pm
So just because he has the means to bail her out does not mean he will do it. They can sue all they want he is nit responsible so if they are seeking a payday, they can go kick rocks.

So wait now you mean to tell me that your brother if he is, just signed a 100 million dollar deal and you out here robbing and killing old woman for 1,000. If I were Kawhi i would be like don't call me, You gone rot. I would tell the media she's a half of a half sister that was adopted from a side dude that was trying to be a pen pal to my mom when he was locked up. Then move out of L.A. and get sick for every home game.

Comment by thatbronxguhrl on September 8, 2019 at 5:09pm
Sounds like the family is looking for a payday too. Sorry for their loss but it isn't Kawhi's responsibility...


Assad's family members said they also were told by investigators that Williams was Leonard's sister, and said they hope he can relate to their loss after his father too was murdered.

Comment by Robert on September 8, 2019 at 2:55pm
You can select and pick your friends but you can't pick your family.

Beyonce performs “XO” and “Halo” to open Kobe Bryant Memorial: “This was one of his favorite songs”

Beyonce opened the Kobe Bryant Memorial at the StaplesCenter on Monday with an emotional performance of “XO.”

“I’m here because I love Kobe and this was one of his favorite songs,” she said before asking the crowd to join her in re-singing the opening lines. The singer wore tons of diamonds and a gorgeous gold suit for the tribute.…

We Gotta Do Better: Michael Eric Dyson Responds To The Controversial Gayle King Interview {VIDEO} Do you agree with him?

Snoop Dogg will be appearing on this week's episode of Jada Pinkett Smith's Red Table Talk, and he's re-apologizing for the comments he made towards Gayle King.

Coronavirus pandemonium in Italy: Panic sets in across north of country after 6 are killed and 50,000 are put on lockdown

'Kobe was the MVP of Girl Dads': Tearful Vanessa Bryant pays tribute to daughter Gianna, 13, and husband Kobe as she sues helicopter firm over their deaths and Beyonce opens Staples Center memorial

The 6 women who brought down Hollywood's most powerful man: How brave rape trial testimony about movie mogul ripping out one accuser's tampon and forcibly giving her oral sex

*Sean “Diddy” Combs was in San Francisco for an appearance but ended up getting sidelined for surgery on his left quadricep. It’s his 4th surgery in two years to repair a tear, according to…

Saturday night (02-22-20), the NAACP celebrated the stellar achievements of the 51st NAACP Image Awards winners during a special ceremony which was broadcasted live on BET at 8 p.m. Eastern time from the Pasadena Civic Center Auditorium.…

The jacket was designed by iconic leather designer, Jeff Hamilton.…

Husband of US lifestyle guru B. Smith defends dating another woman while caring for his Alzheimer's-stricken wife - and describes the condition as 'hell without the heat'

Famed restauranteur and businesswoman B. Smith has transitioned. Her passing was announced just hours ago by her husband and caretaker, Dan…
Continue

A deadly shooting occurred inside one of New York's recently gentrified areas. Two people were shot and killed, and one of the man was killed in a shower of police bullets.

The incident occurred in January, but police just released the video today.…

Mike Bloomberg Was Not Prepared For Th