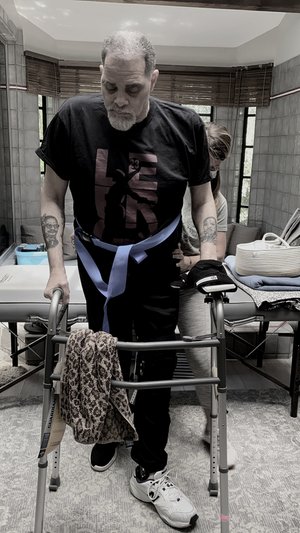 Sinbad’s family says the comedian has a long road to recovery following the stroke he suffered 2 years ago.

The comedian’s relatives released a lengthy statement Monday in which they detail what Sinbad’s progress has been like since he suffered an ischemic stroke on October 25, 2020. The stroke was a result of a blood clot that traveled from his heart to his brain. He underwent several thrombectomy surgeries to remove blot clots and ultimately had to be placed “in a medically induced coma and placed on a ventilator,” the family writes.

“The road to recovery became unclear and extremely difficult for the family to navigate,” the family shared in a statement posted on a website dedicated to Sinbad’s recovery progress.

“It would be weeks before he would open his eyes, speak, or show signs of basic mobility. It wasn’t long before we realized he couldn’t move his left side or simply hold his head up. The more time passed the more the family learned how much had been lost,” the family continued. 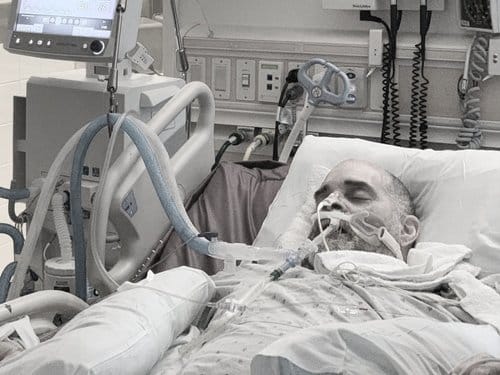 https://eadn-
Sinbad spent 9 months in the hospital before being released in July and he’s still “fighting for every inch,” the family said.

“His progress is nothing short of remarkable. Limbs that were said to be “dead” are coming alive and he’s taking the steps necessary to learn to walk again. In his own words, “I am not done. I will not stop fighting until I can walk across the stage again.” And neither will we,” his family shared.

This is the first update since Sinbad’s medical emergency. His family also noted that they could use some support from fans and the community as the costs of Sinbad’s therapy have “far exceeded” what is covered by insurance. A donation page has been set up for anyone wanting to contribute financially.