Simone Biles Lands Yurchenko Double Pike Twice in Practice. No Woman Has Ever Landed This In Competition (Watch) 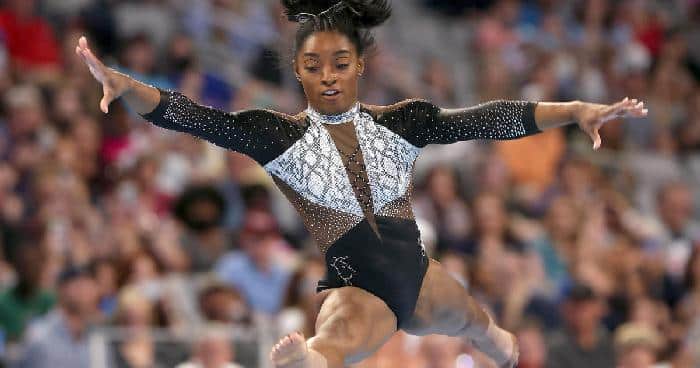 On Sunday, the 24-year-old gymnast won her seventh-straight all-around title at the 2021 U.S. Gymnastics Championships in Ft. Worth, Texas. With this seventh win, the athlete remains undefeated at the nationals since 2013. This now makes her the first American woman to win the title seven times!

According to @nbcsports, Simone has won every all-around competition she has entered dating back to 2013. She was previously tied with Clara Schroth Lomady, who won her titles between 1945 and 1952. Now she is tied with Alfred Jochim, for most wins by any American.

Speaking about her latest achievement Biles said, “It’s really emotional, especially going into my second time doing an Olympic run,” Simone explained. “It’s really crazy, and I appreciate everyone that’s come out to watch and support us, especially after the year we’ve had.” 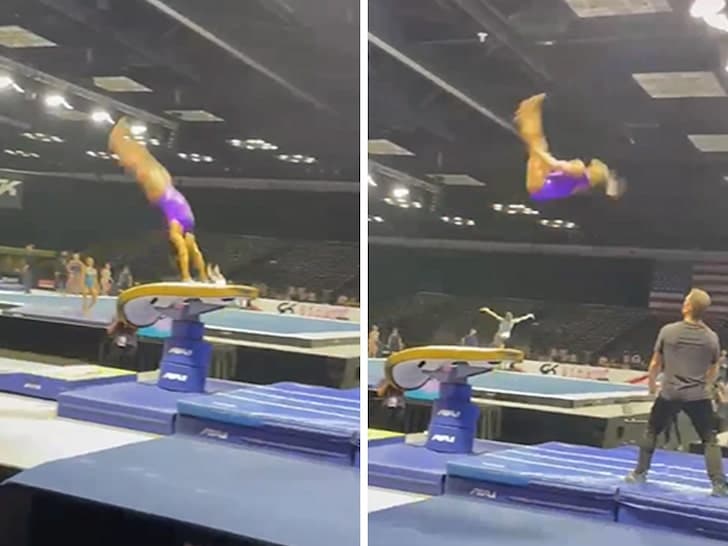 Biles en route to landing a Yurchenko Double Pike in during practice sessions at the U.S. Classic in Indianapolis, May 21, 2021

Simone Biles, in all of her GOATness, just stuck a landing on the vault that no female gymnast has ever managed to do during a competition. And she landed it twice.

During a practice session for Saturday’s U.S. Classic in Indianapolis, the 24-year-old USA gymnastics standout nailed the Yurchenko double pike, an insanely challenging move named after Soviet gymnast Natalia Yurchenko, who introduced the concept of a round-off back handspring entry onto the vault before performing a series of twists and flips off of it. The Yurchenko double pike that Biles nailed starts with the roundoff back handspring to the vault, then doing a double pike (2 straight-legged flips) off the vault.

In February, “60 Minutes” filmed Biles trying and failing to stick the landing several times before eventually landing on her feet. In March, Biles told Texas Monthly about her plans to execute the vault, saying she was making progress during training sessions and her confidence was growing.

“I was really nervous chalking up,” she said in today’s post-training news conference. “I was like, ‘It’s OK, I’ve done this so many times.’ I’ve been doing it for months now. So I felt prepared and I knew I was prepared, it was just the initial landing out there in the arena.”

On Saturday, Biles will compete for the first time in more than 18 months — she hasn’t been on a competition floor since winning her fifth all-around world championship in October 2019. She’s the hands-down favorite to defend her Olympic title in Tokyo this summer.

Below, watch her total slayage of perhaps the most difficult vault ever in women’s gymnastics, followed by the February segment of “60 Minutes.”

The Queen of Gymnastics, no doubt. They tried to dis her by saying that she is too meaty. Privately, they say that her butt is too big, which is what the said about Serena Williams and Zina  Garrison. I prefer the meaty over flat and skinny, lol.

We are the first to do a lot of things. This girl is amazing. And they say she is past her prime for her division, but still kicking ass. God Bless her.