Sickening moment father, 44, hunts down his ex-wife on Facebook Live before shooting her dead then killing himself after murdering his ex-girlfriend in double murder homicide 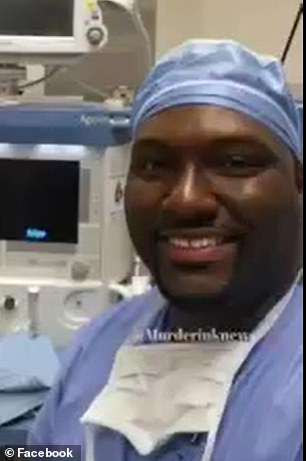 'I just shot my ex-girlfriend in the head. Felt like a dream. I never thought I would be that guy.

'I can’t go to prison, so the person that really started my depression and all of this is my ex-wife. So, she next. Then I’m going to do myself too,' he said in the sickening footage.

Standing outside Wendy's home, he said: 'Oh there's my ex-wife there.' 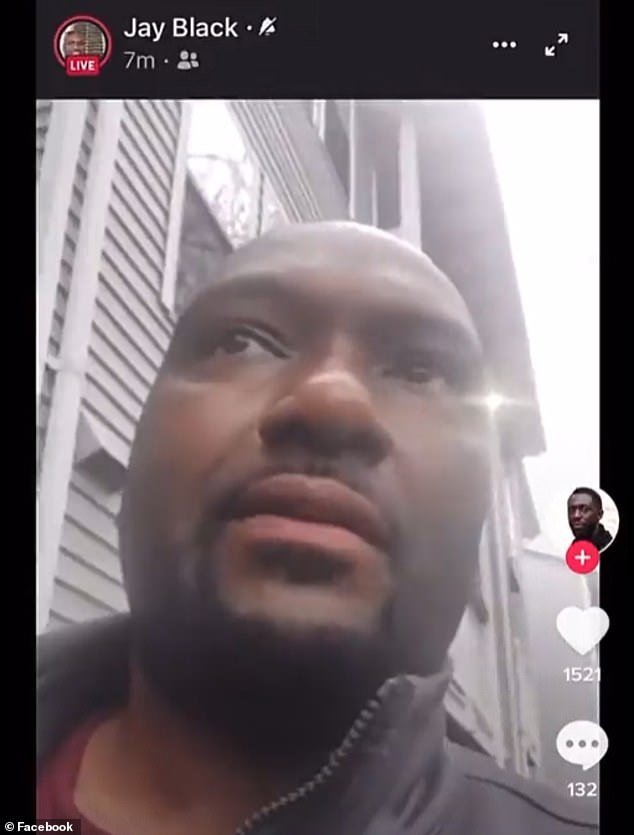 Rajaee Black, 44, filmed himself confessing to murdering his ex-girlfriend who he 'shot in the head' on Saturday while standing outside his estranged wife's house. He then went inside and shot the wife before killing himself

'Today's the day': Man hunts down ex-wife before deadly shooting

He panned the camera to the front porch, where she could be seen opening the door and closing it quickly, then he marched into the home.

Just before the video ended, he can be heard saying: 'Today's the day.'

Police found their bodies in the house a short time afterwards. Their children were found safe and well inside his grey SUV outside the home.

It's unclear how old they are.

He is believed to have put the kids in the car first, before killing Wendy.

In his rant, Rajaee claimed that he had custody battles with of the women.

The Baltimore Sun cites court records that show a pattern of domestic abuse allegations and custody disputes between he and Wendy, but it's unclear if there is any such trail for Tara. 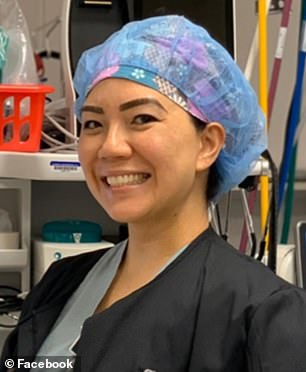 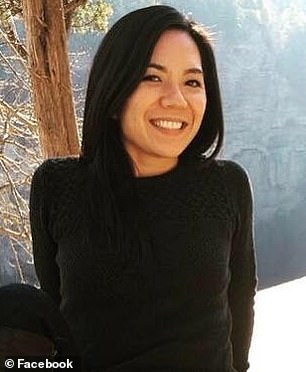 The first woman he killed was his ex-girlfriend Tara Labang, 41, who was found dead in her home. It's unclear when they dated but they worked together at University Health Maryland 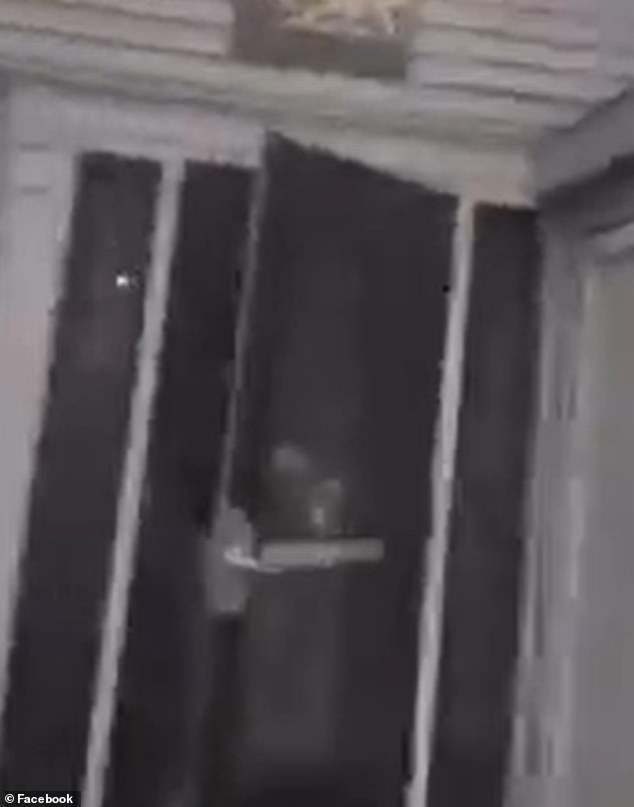 Wendy Black opened the door of her home seconds before she was shot dead. It was captured on the Facebook Live

On Facebook, her friends made reference to her being a mother.

Until earlier this year, Rajaee worked in Baltimore as a nurse practitioner, helping administer anesthesia during procedures.

His ex-wife and his ex-girlfriend were both also nurses.

He complained earlier this year that he had been fired, claiming the University of Maryland Medical System terminated him unfairly after he blew the whistle on a doctor who was stashing drugs in his locker.

He claimed that after that, no one wanted to work with him, and says he had no choice but to then 'risk his life' by working as a nurse in the COVID-19 pandemic in New York City.

Tara worked with Rajaee at the University of Maryland Capital Region Health, at least for a period.

'We are deeply saddened by the tragic incident surrounding the death of a team member, who cared for patients in our hospital under a contract with a medical provider.

'We extend heartfelt condolences to the family and are offering grief counseling to her colleagues,' a spokesman said about her death.

It remains unclear how many children she had with Black or how old they are now.

Why kill the others? He could have just killed himself. At least the children would have their mother to help them grieve. Now they have no one! The bottom line this was a selfish individual!