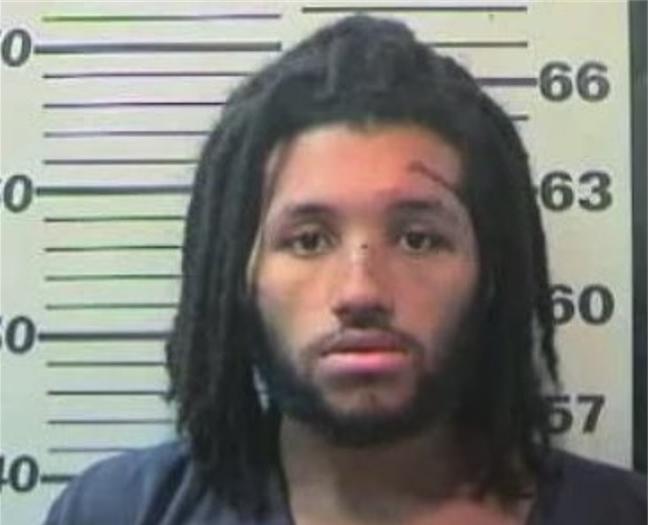 Archie Niles Jr., an investigator with the Mobile County Sheriff’s Office, testified that defendant Damien Washam later told him that he “lost it” when he picked up a samurai sword and began slashing.

“He basically stated that he lost it at that point in time. … He just overacted,” Niles testified at a preliminary hearing.

The slaying took place on Jan 16. Niles testified that when he arrived at the Washam home in the Eight Mile area, Helen Nettles Washam already was dead, lying on her right side. An autopsy later revealed she had been cut 19 times on the head, her back and left and right arms. Her left thumb was severed, the detective added.

Niles testified that the defendant’s father, Hubert Washam, notified law enforcement officers that his son was behind his house. Mobile County sheriff’s deputies and Saraland police chased Washam, eventually stopping his dark green 2000 Honda Accord on Alabama 158, near U.S. 45 Niles said the sword was in the front passenger side of the car.

Washam, 23 suffered injuries when law enforcement officers attempted to subdue him with a stun gun. After the hospital released him, deputies arrested him. He has been at Mobile County Metro Jail ever since.

Niles testified that Washam told him he grabbed the sword, which he had bought a week earlier, and chased his mother through the house to back hallway, where deputies found her body.

“He told me he did not recall striking George Nettles” but then agreed he must have after investigators showed him pictures of the bloody bed.

During cross-examination, public defender Ashley Cameron White suggested that her client is suffering from mental illness. She asked the investigator questions about Washam’s mental state. Niles said the two discussed Greek mythology and the sun god. He said Washam also talked about dealing in crypto currency

In addition, Niles acknowledged, Hubert Washam told him he believes his son was having problems.

“He stated Damien didn’t seem like himself leading up to this incident,” he testified.

In the days after the slaying, Hubert Washam suggested he wanted nothing to do with his son. But he and other family members were present for Thursday’s hearing.

“They believe he was suffering mental illness,” White said in asking for a lower bail. “They are in support of him.”

Why would they want to give him a low bail? That is someone that does not need to be on the streets.

Comment by vaughn mitchell on February 26, 2022 at 12:36pm
Stephen Myers, please go smoke some weed, lace with dust. You say the most stupidest s***, I have ever hear. Whatever your smoking stop, u sound dumb as f***.

Comment by Sufferahsmusic Media Prod on February 26, 2022 at 9:58am
Stephen stop speculating….

Dummies smoke weed and never think they spike it with angel dust, or the CIA spiking it with some chemical made in a lab, I believe they spiked the Old English malt liquor to dumb down an entire generation to a point where they are dumb as donkeys, not to mention damage to the organs and immune system. Black people in mass are so stupid to forget Jim Jones, Charles Manson, and the enemies in the government who want to see them dead, Darwin wins again.