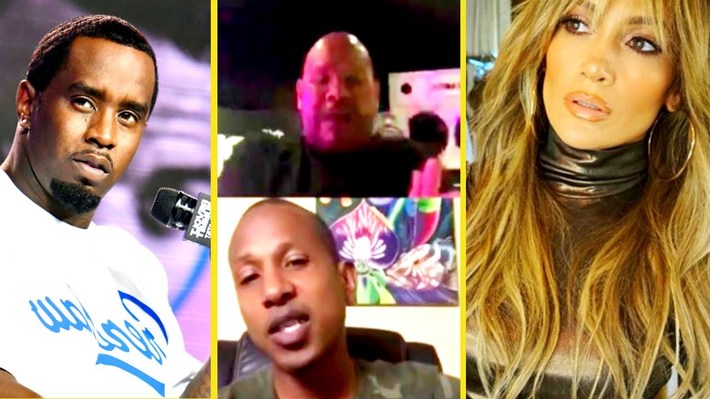 Rap legend Shyne is finally telling what happened between him and Diddy - the night he allegedly shot multiple people inside a NYC nightclub. And a News agency has learned that Shyne is claiming to have saved Diddy's life, only for Diddy to return the favor by "snitching" on him in court.

Shyne spoke with Fat Joe on his new podcast, and we can confirm that he dropped some bombshells.

According to Shyne he started shooting to protect Diddy and then girlfriend Jennifer Lopez. He claimed that he "saved their lives."

Diddy and Shyne were both arrested for the shooting and put on trial. And Diddy's dream team of lawyers - which included Johnnie Cochran - reportedly threw Shyne under the bus.

On the verge of releasing his debut album, Shine was involved in a nightclub shooting incident on December 27, 1999, and in June 2001 he was convicted of assault and sentenced to 10 years in prison. His 2000 debut album was still a success and he continued to record music while incarcerated.

While serving his prison sentence, Shyne became interested in Judaism, and later became observant, practicing Orthodox Judaism, officially changing his name to Moses Michael Levi Barrow in 2006. After being released from prison in 2009, he was deported to Belize. He has since been appointed the country's Ambassador of Music charged with the sustainable development of the music industry in Belize and has donated hundreds of thousands of dollars to develop it.

Comment by wu banga on September 7, 2020 at 1:53pm
So shyne is delusional... to say, this and not have had a self defense plea/argument in court. Not only that ...diddy’s, then head of security (now passed away) was a legend in them streets... a predator, a wolf, a killer with multiple bodies, who whomever to look in his eyes, one would certainly see death. Shyne unfortunately fell to the hype of rappers who fake a gangster’ past... to sell records. you a rapper, Suka. You rap about what real life gangsters do. You failed to realize that you had a paid gangster with you for that very reason. Stupid. Call me what you want to... I’m not going to jail, with or for your stupid AZZ.

What is the purpose of hating and gunning down  fellow rappers? How can we come together as one and be strong, when self-hate is so prevalent among us.

Comment by red bone on September 7, 2020 at 8:03am
Only man women want to see when they roll ova is Benjamin Franklin

Punk ass Diddy, Puffy Daddy, Puff.....whateva. He tried to be an Artist, but could only ride the coat tails of his true artists that paid for his craziness. I still try to understand how these chicks turned ova to see that face in the morning.......ewwwww.

Comment by mr1stroke on September 6, 2020 at 10:03pm
You are lucky you was not a blood sacrifice like Biggy, you made the right choice by leaving, that dude is pure evil and would sell any one for success, you can tell how he was fame hungry, he was on every biggy record talking about take that take that, he was on every video doing the harlem shake, of course he snitched