Shyne Shares His Thoughts On Becoming an Orthodox Jew...... 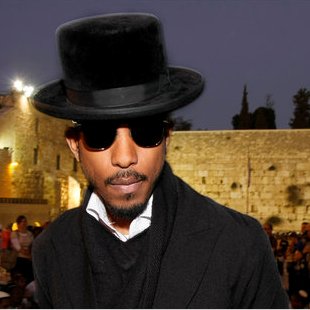 Deported Belizean emcee Shyne has opened up about his religious practices, and discussed maintaining his street credibility while walking the sanctified path.

According to Shyne, he currently resides in Israel, living as an Orthodox Jew.

“All these rules, rules, rules,” the rapper said about the strict religious requirements. “But you know what you have if you don’t have rules? You end up with a bunch of pills in your stomach.”

Even though Shyne sports a Hasidic-style hat and a black jacket that hangs to his knees, the Brooklyn-raised rapper said he hasn’t lost his street cred.

“There’s nothing in the Chumash [a Jewish book] that says I can’t drive a Lamborghini,” said Shyne, who was released from prison last year after serving nine years.

Shyne is not the first rapper from the Diddy led Bad Boy records to turn their attention to their new found faith.

“Loon is working his way out of my system,” he said in an interview. “I’m just happy to be accepting Islam and finding the peace of mind that I was always searching for in the music business and it was very difficult to find this place in my life now but thanks to Islam I’ve been able to complete my search and I’m very much at peace. Bad Boy days are over, now I’m what you would call a good boy. [laughs] Right now I’m very much focused on studying Islam…being in the position of influence, I have to be able to protect myself in ways the media sometimes tries to use these transitions that artists make and try to make an opportunity to mock Islam or whatever faith somebody might choose…With me, I very much love the music but it’s the lifestyle that’s really the bad influence. The music, sometimes, can be geared towards people to do positive things but the actual part that detours people from practicing their faith is really the lifestyle.”

Mase, another former Bad Boy artist, “retired” from rap a decade ago due to his new-found faith in Christianity.

“I think people look at me like I’ve taken the step that people are most fearful of taking,” he said in an interview January 2009. “It’s not just the giving it up; it’s the sticking with it. Like most people have seen a lot of entertainers entertain the thought, but we haven’t seen many stick with it….In order for people to understand, you have to take them from where you were, to where you are. So in taking people from where I was, it would require you to do music that exemplified where you were, then if I would have stayed in it, I was going to musically bring them to where I am. But then I started seeing that what I’m thinking and what they’re thinking is totally two different things.”

Wow I’m shock. But I hope he keep the faith.

Woh! I never saw this coming!

All these "former artists" are tunring to religion (Christianity, Islam, Judiasm...and so on) because once the discover the what signing their soul away to the devil really entails, and see the evil the "Illuminati" is capable of, spirituality, in the form of religion, becomes their last ditch attempt at salvation.

Is fame and fortune "really" worth your soul?

Comment by caribbeanrose on January 5, 2011 at 12:15pm
I wish him the best of luck. I am proud of the way he turned his life around