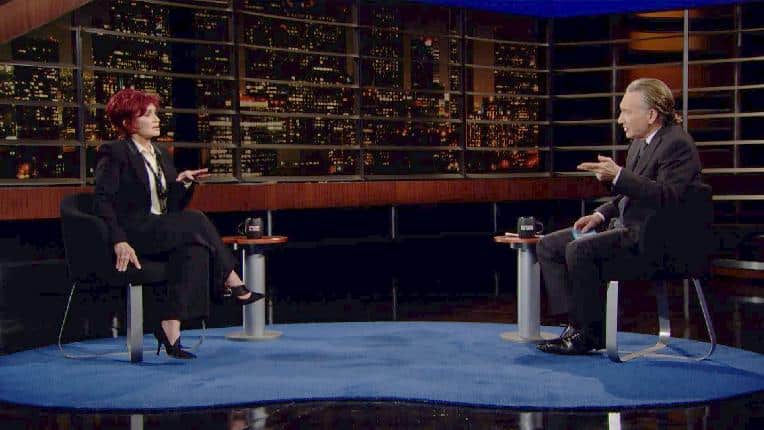 Sharon Osbourne has spoken out for the first time since her exit from CBS’ “The Talk.”

The now-former daytime talk show host departed from the show after 11 seasons last month. She made her return to the small screen, but in the form of an interview with Bill Maher for his HBO show “Real Time With Bill Maher.”

When asked how she was doing she said,

“I’ve been called so many things in my life, I am so used to being called names, but a racist is one I will not take.”

“But what about the people who are cut from the knees down and can’t afford to go get lessons on what is politically correct and how to talk to people? It’s not fair because it isn’t about being a racist, it’s about not knowing what is correct and woke for your language that day. Because it changes from day to day.” She still defended Piers Morgan’s remarks about Meghan Markle, which some deemed as racist. (Scroll down to WATCH the interview.) 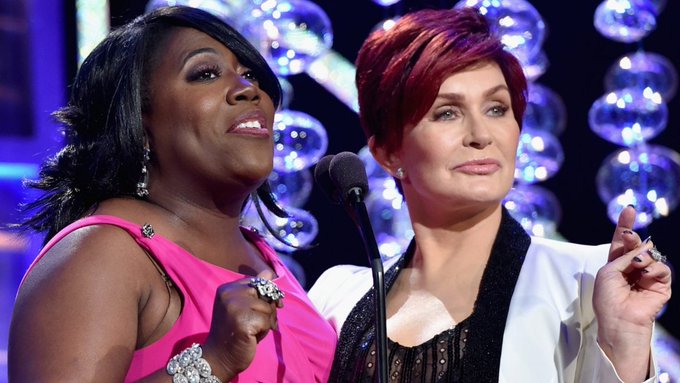 Somebody cue the Hall & Oates track “She’s Gone” cause Sharon Osbourne is gone from the CBS’ daytime TV lineup which means she is no longer on “The Talk.”

On Friday, CBS announced Sharon decided to leave the show. Her action comes on the heels of her recent on-air feud with co-host Sheryl Underwood. Things got heated on the March 10 episode when Sharon defended her friend Piers Morgan against claims his coverage of Meghan Markle was rooted in racism.

Sharon eventually posted an apology, but it apparently wasn’t enough to fix all the damage. In other words, too little. Too late.

Referring to the March 10 incident, CBS says Sharon’s behavior toward her co-hosts “did not align with our values for a respectful workplace.”

“The Talk” went on hiatus last week and CBS says it has been using the time off to have workshops and training about equity, inclusion and cultural awareness for hosts, producers and crew.

Comment by mr1stroke on April 18, 2021 at 2:42pm
Lol white people been racist all their lives but afraid to admit it, they are so scared when you call them a racist its like seeing their own demon, i dont do white friends, either its business or stay where you are, i laugh at niggers when they brag about their white friends, i usually ask my self what do they get from it, what makes that white person so great to brag about?

Comment by mr1stroke on March 31, 2021 at 1:18am
Lol she is not racist she is a good white person, negros are the only one who does not get it, all white people are racist one way or another, no exception, some knows how to hide it, some has compassion due to guilt and others just dont care, well least i am not out there defending white people and i don't do white friends, how can i be friends with some one i would not trust with my life, you cannot come to my white house and break bread and i will sure not come to your house for water, evil dont die it waits to be reborn they cant be trusted

Comment by vaughn mitchell on March 30, 2021 at 5:38pm
Once a racist always a racist. You can speak your mind, and you can have free speech but it will cost you your job. Go to your job, and say racist stuff about your boss or coworkers, then say you have free speech.

Comment by vaughn mitchell on March 30, 2021 at 5:37pm
@ jessy, read and understand what is written, she was fired not for backing piers morgan, but for the way she treat her co workers and staff. Once a racist , always a racist.

What is this?  Our freedom of speech is being taking away?

I liked Sharon because she was outspoken, she said what was on her mind.  I do not like talk show hosts who would sugarcoat things and not speak what was really on their mind.   Sharon would say things that other people were only thinking, but not say it.  At least Sharon never called anyone out of their name, all she did was stated her opinion or her point of view, nothing else.