Sex-change soldier is Britain’s first woman to fight on front line….after being born a boy {VIDEO} 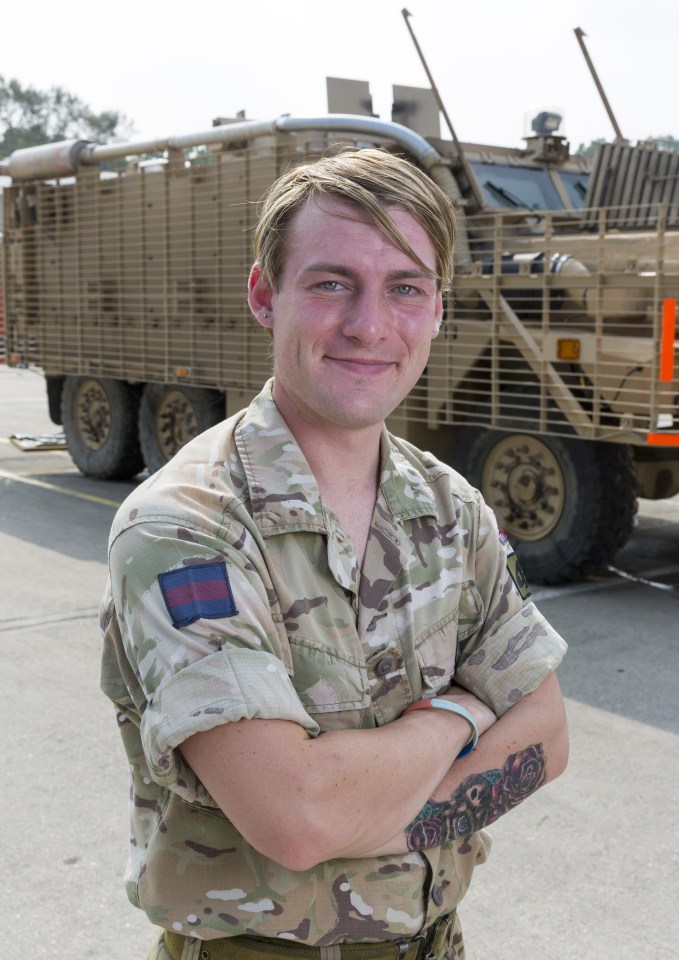 The 24-year-old joined up four years ago as a man, but changed her name officially last month.

She will be the first woman allowed to engage the enemy in hand-to-hand combat.

Sporting long polished nails and with silver studs in her ears, she said: “It’s a great honour to make history.

“I’m just looked at as a normal person.” 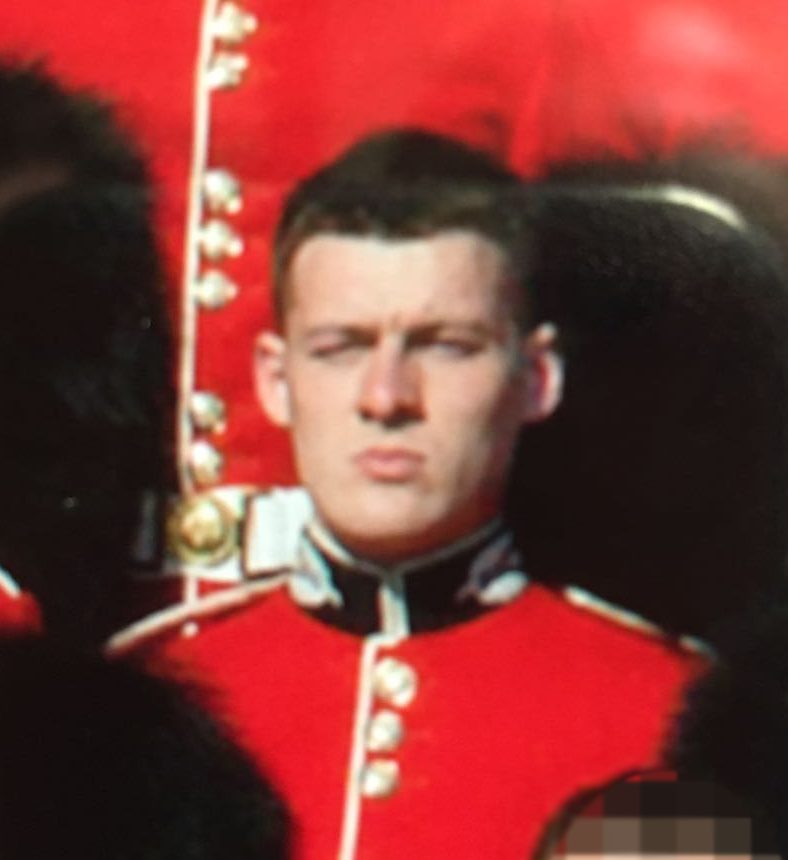 Starting out . . . as Guardsman Ben soon after joining Army

The Guardsman was still living as Ben Allen when a fellow serviceman discovered her dressed in female gear.

Chloe — who was on a deployment conducting ceremonial duties guarding royal residences in London — was overcome with worry.

But next day she went down for muster as usual and her comrade’s reaction set her nerves at ease.

Chloe, who serves with 1st Battalion, Scots Guards, said: “I went down to muster parade in the morning for PT and it was just mainly banter, just having a laugh.

“The whole sort of worry that I had, I shouldn’t have even worried.

“The entire battalion’s been brilliant. 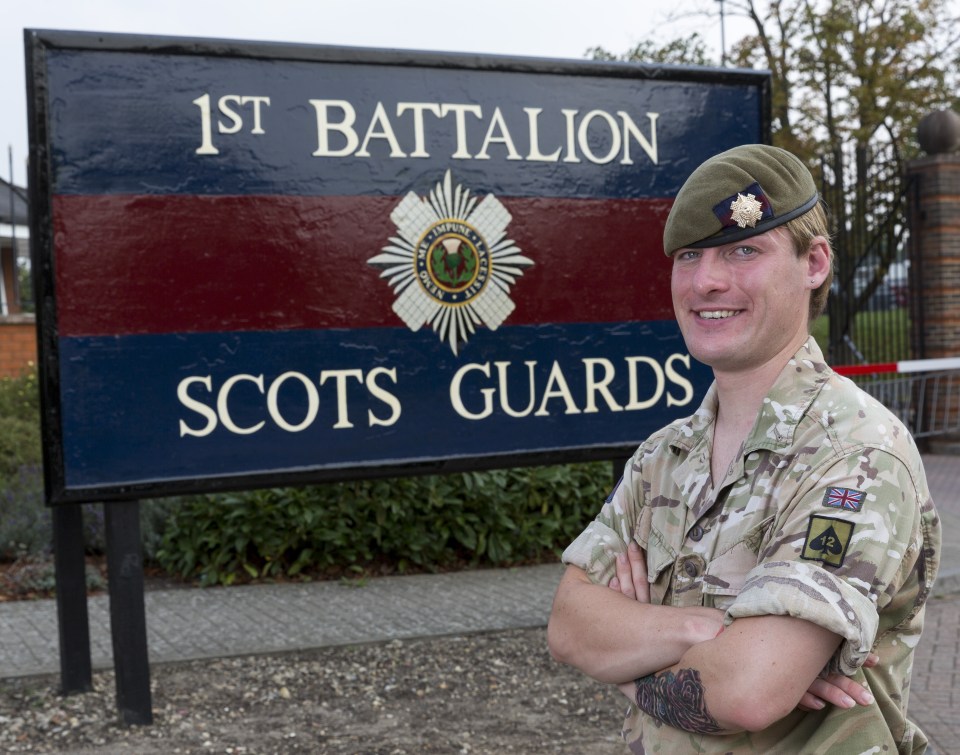 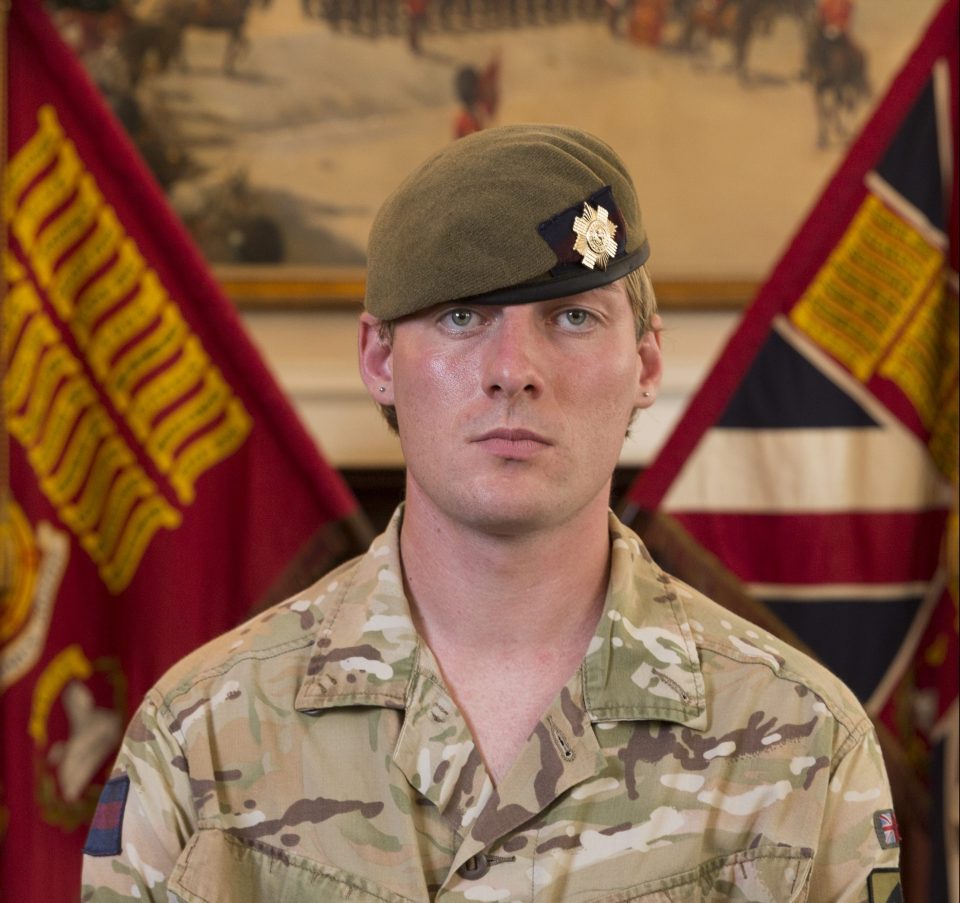 “If it hadn’t happened I’d still be living a lie now.

“It was a blessing in disguise — the kick up the a**e I needed to get on and deal with it.”

One fellow soldier heard about the incident and suggested 24-year-old Chloe talk to his wife.

She said: “It was the first time I told anyone — it was a relief.

“It felt amazing to finally tell somebody and for her to be so accepting.

SINCE the creation of the British Army more than 350 years ago, women have been banned from close combat roles.

They have previously served on the front line only in support roles, such as medics.

But the rules changed in July after studies into the job’s effects on women’s bodies. They are now allowed to enter the cavalry, infantry and armoured corps.

They can also apply to join the Royal Marines and RAF Regiment. The Royal Armoured Corps will open for recruitment to women in November 2016.

Other infantry units will follow and introduce women in a phased approach.

A standardised fitness test will also be introduced to make the process fairer.

As Chloe already meets the physiological requirements of the infantry, she will be allowed to continue serving.

“I told more of my close friends and my family.

“My family was OK with it.

“They were a bit shocked but overall they were fine with it.

“They just wanted to know what I was doing was right — that was their main worry.”

A year after coming out to her friends and family, Chloe told her boss she wanted to be a woman.

She said: “It was just like talking to my boss about work.

“It wasn’t really anything out of the ordinary really — he is a very open person. 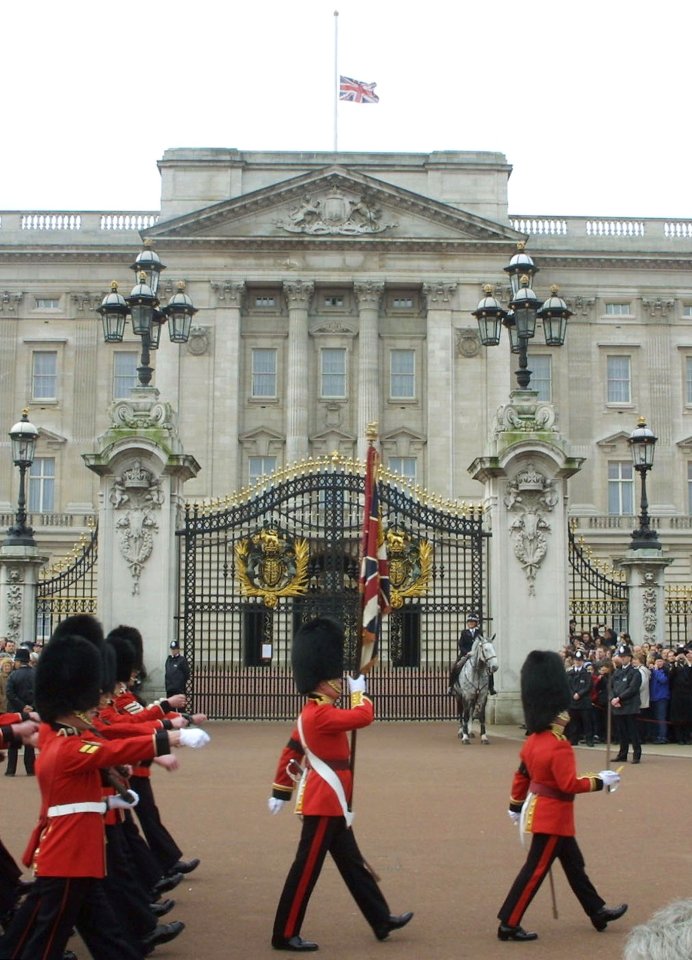 As a Guardsman in the Scots Guards she also conducts ceremonial duties, including at the Trooping the Colour 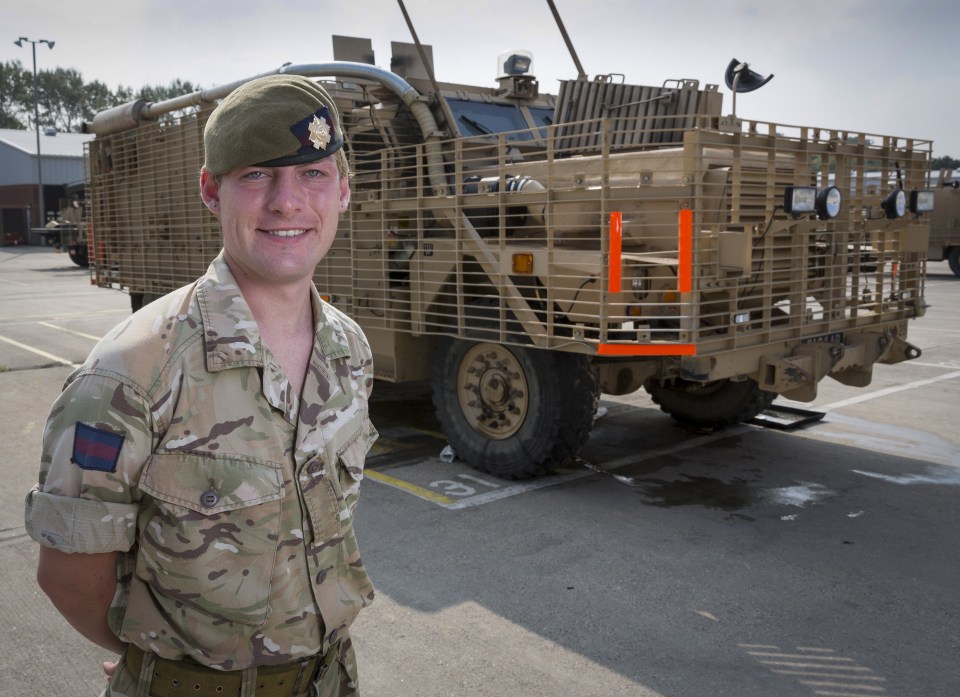 “I’ve had my deed poll done and all the paperwork within the Army, within the battalion, has been changed and sorted out.

“My passport will be done shortly.

“For that to say everything that I’ve wanted it to say and for me to still be serving as an infantryman is even better.

“I still have a few more years to go, but that doesn’t affect my job in any way whatsoever.”

Chloe, who officially changed her name last month, now sports long, polished fingernails and is growing her hair into a feminine bob.

Until July this year, historic rules banned women from Ground Close Combat units where troops had to “close with and kill” the enemy.

Comment by Shi Terrace on September 23, 2016 at 7:18pm
@ bombahdrop & @ Mary Wilson; couldn't agree more!!! This is just plain terrible. All this sex change stuff is way out of order and highly deceiving! I don't want to be with a man who was once a female. It's like folk comfortable making you do something against your will, because folk won't even be honest and say who and what they really are. Disconcerted world....

Tucked under or cut off, doesn't matter, born male die a male in my opinion.

Comment by Andrew Walker on September 18, 2016 at 8:45am
Trust me it is far from the first. "If a tree falls in the woods and no one is there did it make a sound?" Just because we do not acknowledge it does not mean it did not or does not happen. Your spouse is faithful until you catch them cheating. It is a matter of perspective.

Comment by Bombahdrop on September 18, 2016 at 3:55am
Listen to how they will address the military now, " We have the finest gay military in the world" that s*** sounds crazy.

Comment by Bombahdrop on September 17, 2016 at 8:31pm
If they wanted the men replaced by women then why not put real women to take their place. Men didnt have to go beside themselves to be a woman when God already made a woman.

lol welcome to the world we have been warned about, it will get even better, the already confuse will join in, the weak will surrender and the desperate will just give in, only the strong will survive but they will test your faith trying to break you to join their army

Comment by GospelPan on September 17, 2016 at 5:01pm
I don't care what anyone says, if you were born with balls and your chromosomes indicate that you're a man, ...that's what you are.

For more than twenty years this guy was wearing briefs and when he pull it down, there was Johnny . Now he's wearing panties and Johnny is still hanging around...something ain't right folks!

Comment by team-night-vision-surverillance on September 17, 2016 at 4:32pm
Another confused soul.people's like this need 2 realize U was born 1 way because that what the almighty wanted.U don't mess with God works these people so need the Bible in there Life.

so now he is a b****, always a white man being confuse and the rest of them will follow, they must do what white do lol b******