Sesame Street's Roscoe Orman loses palimony battle with mother of their four children!!! I do not believe I read this ladies come on really 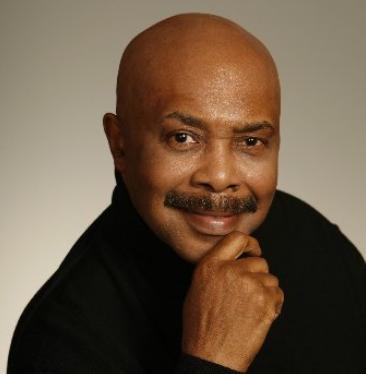 Gordon’s going to have a tough time explaining this one to Elmo.

Roscoe Orman, the tender-voiced actor best known as Gordon to generations of “Sesame Street” kids, has lost a palimony battle with the mother of his four children over what she says was an unwritten promise to provide for her the rest of her life.

Facing eviction from the Montclair home they once shared, Joiner-Orman sued Orman, citing promises she says he made to her during their 39 years together, a period when she set aside her own professional aspirations while Orman became a “Sesame Street” fixture for nearly four decades.

Last month, Superior Court Judge Ned Rosenberg in Newark, in what appears to be the first ruling of its kind, sided with Joiner-Orman. Rosenberg said Orman must continue paying palimony even though the unmarried couple had never agreed to anything in writing.

A hearing will be held next week to determine how much Orman owes.

“The court finds the plaintiff (Joiner) has fully performed her end of the bargain (to put it tersely),” Rosenberg wrote. “In addition, there is no way to qualify the value of the services plaintiff provided over the course of 39 years much less the value of foregone educational and work related opportunities. What is more, the defendant does not deny the agreement and even acknowledged the obligation by deeds and words.”

Orman dedicated his memoir "Sesame Street Dad: Evolution of an Actor," to Joiner-Orman. “To my wife, Sharon Joiner-Orman, thanks for providing this story and my life with true meaning,” the ackowledgement reads.

Orman’s attorney, Thomas McDonough, has promised an appeal of Rosenberg’s decision, which he says upends a 2010 amendment to state law requiring that palimony agreements be reduced to writing under the advice of attorneys.

“In effect he’s taking away the very amendment that was passed,” McDonough said. “To enforce this contract violates the very purpose and language of the statute.”

Rosenberg’s ruling is believed to be the first time that a state judge has recognized such an exception to the 2010 amendment to the Statute of Frauds.

“Where it is found that an oral agreement was made, and one party has performed, the contract will be enforced if to do otherwise would work an inequity on the party who has performed,” he wrote.

The New Jersey State Bar Association opposed the amendment when it was introduced because it was considered "unfair" to couples who may have spent their lives together but had not put an agreement in writing.

"To think that some amendment is going to nullify 39 years together, that does not seem fair," said Brian Schwartz, the chairman of the association's Family Law section. "It's not fair to the person who relied on that promise."

Other pending cases have challenged the 2010 amendment, but Rosenberg's ruling is apparently the first to center on the performance standard in creating an exception to the law, Schwartz said.

After moving out of their four-bedroom home in 2010, Orman continued paying Joiner-Orman $3,600 in monthly support payments, while encouraging her to move into a smaller place, Rosenberg wrote.

Orman periodically paid her other support, including $5,000 in legal fees in October 2012. But he cut off support in late December 2012 when he married, the ruling states.

“After learning about the concept of palimony and the state of the law from his attorney, defendant came to believe that his obligation to support plaintiff was a moral one, not a legal one,” Rosenberg writes.

Joiner-Orman has moved out of the Montclair home and is living with her daughter, Cohen says.