FIRST THEY CAME AFTER THE 2ND AND NOW THEY'RE COMING AFTER THE REST. THE CONSTITUTION IS NO MORE,... 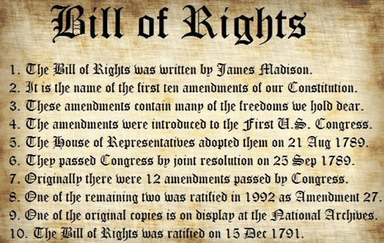 “At its core, the linchpin of it is helping Israel defend itself,” said Sen. Marco Rubio, Florida Republican, who sponsored the legislation.

After weeks of a shutdown-inspired filibuster, some Senate Democrats relented Monday and joined Republicans to advance a bill to give state and local governments a green light to penalize companies that boycott Israel.

The Senate voted 74-19 to head off an initial blockade and clear the path for the bill to reach the chamber floor later this week. The vote also signals that barring a major dust-up, the legislation likely has enough support to pass.

Democrats had been filibustering for weeks, with some objecting to the bill on policy grounds and others arguing they didn’t want to deal with any other issues as long as government was partially closed.

Now that the shutdown is over, those latter objections disappeared.

Republicans called the bill a major piece of “pro-Israel” legislation.

“At its core, the linchpin of it is helping Israel defend itself,” said Sen. Marco Rubio, Florida Republican, who sponsored the legislation.

The bill would reaffirm defense cooperation with Jordan, provide humanitarian assistance to allies in the Middle East dealing with the fallout of the Syrian civil war, and authorize military defense and loan guarantees to Israel.

“It tells our ally Israel that our commitment to its security is ironclad. It tells our partners in Jordan that we have their backs as they grapple with the flow of refugees and other ongoing effects of the Syrian crisis,” Senate Majority Leader Mitch McConnell said on the chamber floor.

“And it makes a crystal clear statement to the Syrian regime and those who abet it, your brutality needs to end,” the Kentucky Republican added.

The most controversial part, though, was a provision to give state and local governments the ability to penalize and not do business with companies boycotting Israel as a way to protest the country’s occupation of the West Bank. Some companies from various countries have engaged in economic boycotts of Israel — or Israel-linked companies — as a way to show solidarity with Palestinians.

Roughly 26 states have passed laws against companies participating in economic boycotts against Israel. The state laws have been passed by leaders from both parties.

Some liberal activists, though, are protesting the bill’s boycott provision, saying it violates the right of free speech.

The American Civil Liberties Union has challenged four state laws, winning two judgments in Arizona and Kansas so far with federal courts saying the laws run afoul of the First Amendment by trampling on Americans’ expressive conduct. There’s no Supreme Court precedent squarely on the subject.

The ACLU sent a letter to lawmakers this month urging them to vote against moving forward with the legislation.

“While I do not support the BDS movement, we must defend every American’s constitutional right to engage in political activity. It is clear to me that this bill would violate Americans’ First Amendment rights,” Mr. Sanders said.

Sen. Amy Klobuchar, Minnesota Democrat, was the only potential 2020 candidate who voted with the GOP.

THE BILL OF RIGHTS, SIMPLIFIED

Citizens do not have to house soldiers.

No unreasonable search or arrest.

No double jeopardy or no witness against yourself.

Rights of accused in criminal cases to fair trial

No excessive bail, fines, or cruel and unusual punishment

People get rights not listed in Constitution.

Any rights not given to federal government are given to the states and people.

(POSTERS COMMENT: THESE PEOPLE ARE SICK. TO THINK THEY PLACE ISRAEL OVER THE AMERICAN PEOPLE IS ABSURD! FIRST THEY CAME AFTER THE 2ND AMENDMENT AND NOW THEY'RE COMING AFTER THE REST, STARTING WITH THE FIRST AMENDMENT TO PLACATE/PROTECT(?) A VIOLENT APARTHEID COUNTRY. FCK ISRAEL AND THE "HOLO" CAUST LIE.)

lol so no matter what israel do no one can boycott them, well wait for it this is new world you better choose your group now otherwise be one of those who will be torture for their faith and believe if refuse to join in