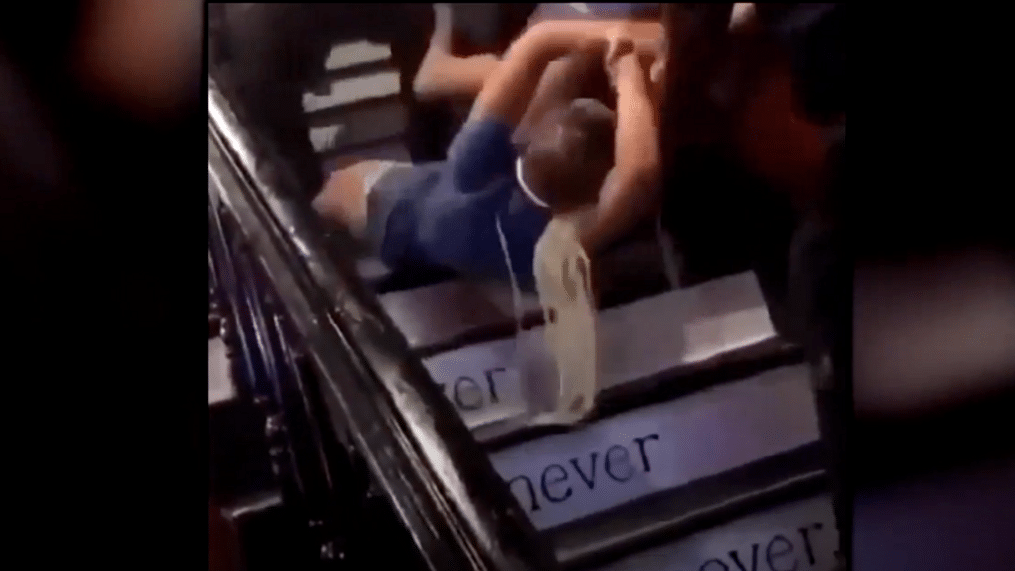 Keisha Young, 22, of Maryland, told WUSA9 that she was the woman seen being dragged out of DC’s Nellie’s Sports Bar in a viral video

A protest was held outside of Nellie’s Sports Bar in the Shaw neighborhood of Washington D.C. after a video surfaced showing the establishment’s security dragging a woman down a flight of stairs by her hair

The protest, which began around 6:30 p.m. Sunday, included dozens of people shouting and holding signs outside of Nellie’s, a popular LGBTQ+ bar within the D.C. community. It was one of many packed establishments on Saturday and benefited from an early in the day Pride parade and the stopping of most COVID-19 restrictions by District officials. Police entered the bar at around 8 p.m., but the reason was not immediately reported

Keisha Young, 22, of Maryland, told WUSA9 that she was the woman seen being dragged out of Nellie’s in that viral video on Instagram. Young said she did nothing to deserve the treatment she received, and that the incident happened shortly after she walked up the stairs to the bar.

Nellie’s did release a statement on Instagram amid the protest:

“We were incredibly upset and disturbed to see the unfortunate event that took place at Nellie’s last night. We are undergoing a full investigation of the situation. At Nellie’s, we foster an inclusive and safe environment, so events like this are completely unacceptable to us.”

And the unfortunate part about it was it was a black person that was doing it.