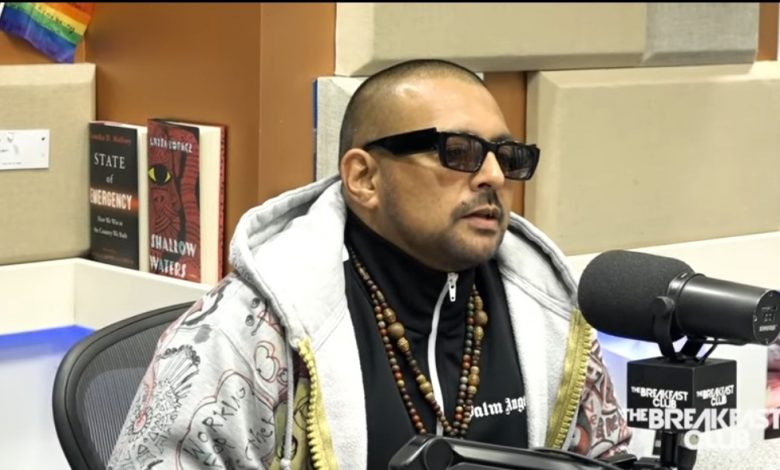 Grammy award winner and internationally acclaimed artiste, Sean Paul recently made an appearance on ‘The Breakfast Club’ where he spoke of his new album “Scorcha”, the anniversary of his second album ‘Dutty Rock’, the Grammys, and the possibility of a verzuz battle amongst others.

After taking a two-year hiatus from touring, Sean Paul updated that he is scheduled for several performances across the US and Europe. For this transition, he expressed that he anticipates the upcoming performances, however, he wants to tour the US more, seeing that this is the territory that propelled his career the most.

“Dutty Rock” as stated by Sean Paul was one of his biggest albums to date, in which he sold six million copies in the first year. This album won the Reggae Grammy in 2004 and featured some of his biggest songs such as ‘Gimme the Light’ and ‘Shake’, that is still widely streamed today.

In the pipeline, is the release of Sean Paul’s eighth studio album called “Scorcha” on May 27, 2022. But, when asked by the hosts about how he moves from one successful album to another when people are constantly looking out for something better, the ‘No Lie’ entertainer responded that it is all about maintaining oneself.

Recently, a Virginia-based band called ‘Soldiers of Jah Army’ (SOJA) won the category for Best Reggae Album at the Grammy Awards. During the interview, Sean Paul who was a fellow nominee indicated that he believed that he or Spice should’ve won. He commented that “Who God bless no man curse” and stated that even if the group got the award through some “crazy” means, then maybe it was just their time.

Despite the uproar from Jamaicans regarding a white-dominated US band winning, Sean Paul mentioned that Jamaicans do not vote and even so, the Jamaican population is small compared to the mass. He added that a Jamaican bringing home the esteemed Reggae award would have been more ideal, however, music is a universal language, and asserted that he will be fighting for the next one.

Fast-rising Dancehall artistes Skeng and Jahshii were both mentioned by Sean Paul, who implored listeners to check out their music. He shared that Skeng is more of a Trap Dancehall entertainer and hinted at the possibility of an upcoming collaboration with Jahshii.

As it relates to a verzuz battle with another veteran in the music industry, for example, Shaggy as suggested by the hosts, the “Temperature” entertainer advised that though this is a part of the Jamaican culture, he does not wish to partake in such. He further advised that while clashing is technical and highlights artistes musical capabilities, it does not always have a positive effect.

A word of advice that Sean Paul gave to Shenseea regarding the release of her Dancehall/Pop debut album “ALPHA”, was that he believes it was too early for her to make the transition and that she should continue to make an impact in the genre. He used the words “a bit disappointing” to describe her album, however, stated that Shenseea is unquestionably a good artiste.

Watch the full interview below:

Comment by vaughn mitchell on April 29, 2022 at 9:38pm
Someone forget to tell Sean Paul, that white people own and run the Grammys

he is an interesting person