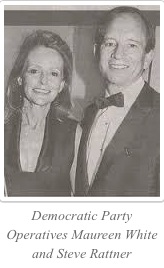 Two individuals cited among Clinton’s inner fundraising circle are Maureen White and Steve Rattner, who oversaw one of the money soirees on May 12 at their Manhattan residence. (A second fundraiser was hosted that day by Lynn Forester de Rothschild.)

“Mr Rattner was a prominent businessman and served in the Obama administration,” the Journal notes. Yet the brief report doesn’t elaborate on the couple’s very close ties to the Obama administration, where Clinton served as Secretary of State.
As MHB observed in 2013, Sandy Hook parent and actor Francine Wheeler was previously employed as personal assistant to chief Democratic National Committee fundraiser White. In fact, White was the DNC’s star campaigner, raising $51 million in 2005 alone. She then served as senior advisor on humanitarian issues in Afghanistan and Pakistan in under Secretary of State Hillary Clinton. 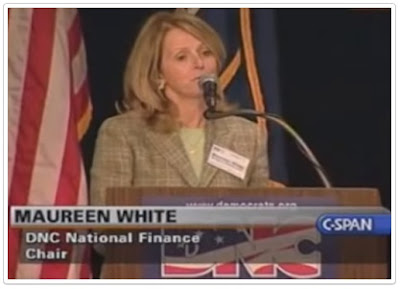 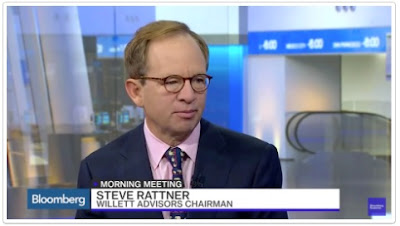 Rattner previously worked for the New York Times as an assistant to famed Times’ columnist James Reston. There Rattner befriended Timespublisher Arthur Ochs Sulzberger Jr. The Times has played a central role in propagating the Sandy Hook narrative, editorializing for heightened gun control measures, and misrepresenting the issues surrounding Professor James Tracy’s termination by Florida Atlantic University in January 2016.
Readers of this blog may also recall that Francine Wheeler is also a musician member of “The Dream Jam Band,” a group of “from the Northeast who,” according to their website, “write and play an eclectic collection of original music for children of all ages young and old [sic].” Here are Francine and the Dream Jam Band performing a lip-sync performance of the song, “Brush Your Teeth.”

Dream Jam teaches you to Brush your teeth for 2min2x a week
In 2001, Francine married David Cole Wheeler, another professional actor who starred in an obscure short film, Faithful, also produced that year. The macabre production centers around the theme of suicide that eerily reemerges in the Sandy Hook shooting narrative. David is nowon the speaking circuit as a bereaved Sandy Hook parent.

I
One Sandy Hook researcher has recently located photographic and video evidence strongly suggesting that David also clumsily played an FBI sniper in Newtown on December 14, 2012.
Sandy Hook SMOKING NUKE (ACTOR David Wheeler) Fake Newtown Sniper!!
Since this possible appearance as an inept militarized policeman David and Francine, with a little help of folks like Francine’s former boss Maureen White, have made virtual careers out of their identity as mourning Sandy Hook parents turned gun control activists.
For example, in April 2013 the Wheelers collaborated in their presentation of the White House Weekly Address for the Obama administration, pointing to their apparent loss and calling on the US Congress to enact “common sense gun responsibility reforms [sic].”
Weekly Address: Sandy Hook Victim's Mother Calls for Commonsense Gu...
Here David Wheeler performs at the Brady Center to Prevent Gun Violence’s Brady Bear Awards for its campaign, “Imagine a Future Where No Child Is Killed With a Parent’s Gun.”
David Wheeler speech at the 2014 Brady Bear Awards
The ties between the Democracy Party establishment, Wall Street and the most significant event seized upon to further gun control measures in this country couldn’t be more clear. Yet this is something that major media outlets such as The New York Times are not investigating, and with good reason, as they are integral components of this finely-tuned passion play.