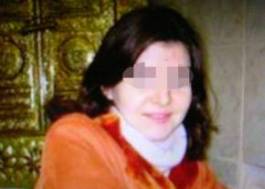 The police of Russia’s Tambov region arrested a female rapist, who committed perverse crimes against at least ten males. The woman would slip a Mickey Finn into their strong drinks and expose them to brutal sexual abuse. One of the woman’s victims refused to file a report against her.

Valeria K., a 32-year-old woman, was nicknamed as ‘Female Spider.’ The woman was collecting spiders and was a big fan of thrillers. She would lure men into her abode, give them strong drinks with a narcotic substance in them and then use them to realize her hideous sexual fantasies, Life.ru website said.

Valeria used to be a student of the Tambov University and never tried to attract public attention to herself. However, she turned out to be a nightmare to her men: she treated her victims as a female spider that sucks her males dry after copulation.

Her friends said that Valeria was a big fan of sophisticated horror films and spidery creatures. She was greatly attracted to the stories about the so-called Black Widow. All her male acquaintances would become hospital patients, one after another.

The men would be hospitalized after their romantic meeting with Valeria. All of them were diagnosed with clonidine poisoning and indications of sexual abuse.

The men’s stories of their acquaintance with Valeria were identical. All that they could remember was their meeting with the woman and her invitation to come and visit her place to have some wine. The rapist would then strap the men’s genitals with a rubber binder and do whatever she wanted to do with them.

Denis F., a 29-year-old man suffered a severe injury of the penis. The young man subsequently broke up with her fiancée. “He found a whore for himself. Let him do whatever he likes with her. I’m breaking up with him,” his former fiancée said at a hospital.

Artyom Z., 32, was more precautious in his experience with Female Spider. When he came to visit the woman at her apartment, he called his friend and told him that he had met a lovely woman. The man also told his friend that she would probably not mind a love triangle in bed.

Artyom woke up at a hospital the next morning. His genitals were all swollen.

The police say that Valeria abused at least ten men. However, none of them wants to file a police report against the woman.

“It was wonderful, - one of the victims said. – I like this hot stuff. If it wasn’t for Mickey Finn…”

WE NEVER GET IT DO WE?

REVERSE THE ROLES OF THE VICTIM AND THE PERPETRATOR AND THEN ONE CAN SEE HOW HIDEOUS THIS WAS.

Comment by chevon on June 2, 2010 at 8:24pm
finally, a women with guts to do a man like they (rapist) been doing to women. i wish she was closely to home.

Comment by jasmine james on June 2, 2010 at 12:43pm
ALL U MEN OUT THERE BETTER WATCH OUT NOW THE TABLES ARE TURNING SO TREAT A WOMAN RIGHT. JUST SAYING.

Comment by Michael on June 2, 2010 at 10:00am
A real Headline grabber... I would have love to hear that she ride a dick & break it many women think they can do that.