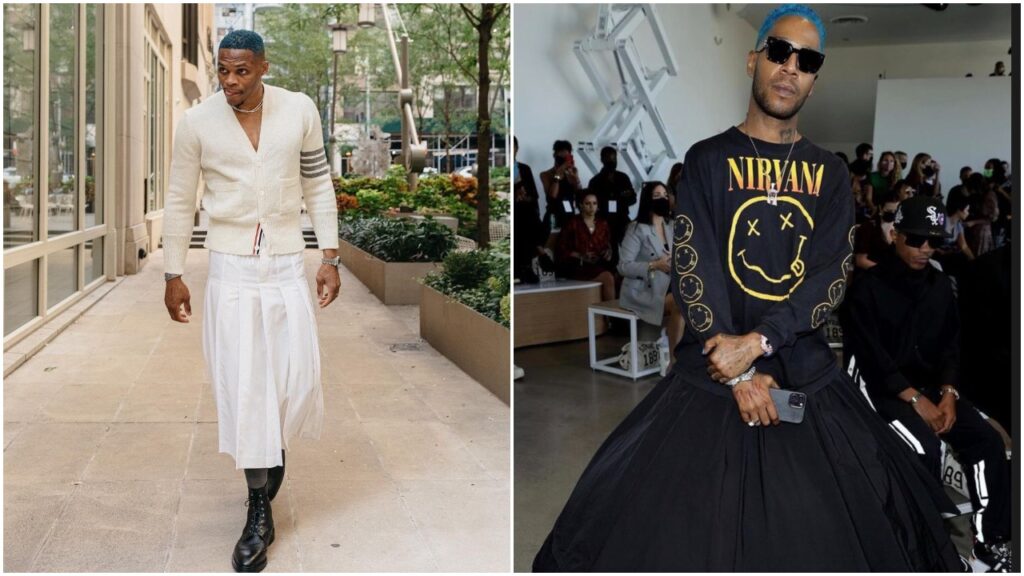 Beta males who are allegedly gay and bisexual, such Kid Cudi and Russell Westbrook, have decided to proudly serve as the new poster boys for America’s never-ending #BuckBreaking agenda.

Both Cudi and Westbrook, who are not Scottish-born, are making headlines for rocking skits and blue hair–with TMZ noting that it could be a “new trend” emerging only among effeminized males. Check out Russell’s post below, file this under: You Go Girl!

No word yet if the matching men were on a date together.

Russell Westbrook posted photos this weekend of himself in the Big Apple for NYFW — and he was wearing none other than a skirt (or a kilt, perhaps) underneath a cardigan sweater. He also had some black boots to offset the cream color scheme … not to mention blue hair.

RW is wearing Thom Browne here — which is definitely all about the Scottish kilt look.

In any case … Cudi wore something similar himself for the fashion event of the week — rocking what appeared to be way more of a traditional skirt under a Nirvana long-sleeve T-shirt. He, too, was sporting blue hair … makes ya wonder if they were in on this together.

You recall when Kid Cudi opted to appear less threatening to white supremacy by wearing a dress on ‘SNL’ earlier this year to honor the late singer Kurt Cobain.

Meanwhile, folks across social media have expressed their disapproval of the emasculation of Black men. The mainstream media and their puppets have decided that anyone who does not support this is “homophonic”… (insert eye roll). 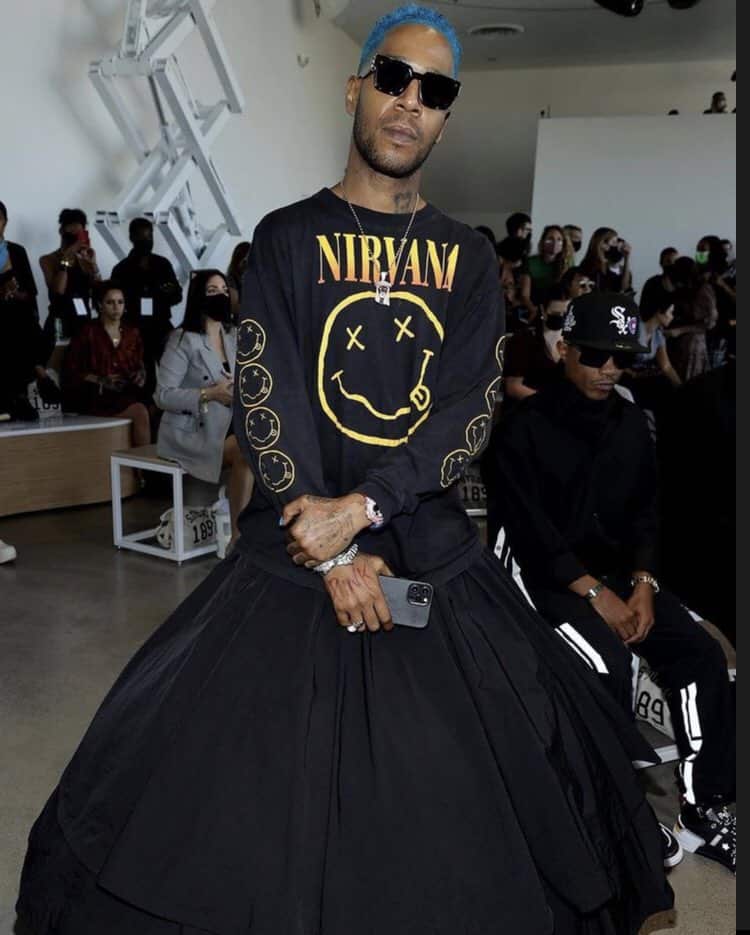 Not sure it fits..

AmeriKKKa is a prison rape culture, Black people are just part of the culture, Jim Jones did a fine job at his CIA mind control experiment on them, go watch the documentary on the civil war in Liberia and see if you think if you are different than whites when it comes to savagery, see if you think you are fit to run a government when you can't even run Harlem, Watts, and other so called Black communities, look at those places now, run by whites because Black people in mass were weak and gave into the dope dealers, gang bangers, religion, meanwhile races from other cultures come here and prosper, go figure cry babies, you will cry till you are six feet under.

Comment by vaughn mitchell on September 13, 2021 at 5:05pm
These are men suppose to be role models. They are not real men, real men don't wear skirts, b******, color hair, and wearing skirts, all for fashion week.

I guess this the new "black man" and we supposed to accept this.  This is ridiculous.  These are men that are supposed to lead a woman and family.  Wow.