Rotting of the Big Apple: World famous monument of George Washington is defaced as NYC city slides billions into the red, its police face $1bn in cuts and de Blasio is accused of 'surrendering 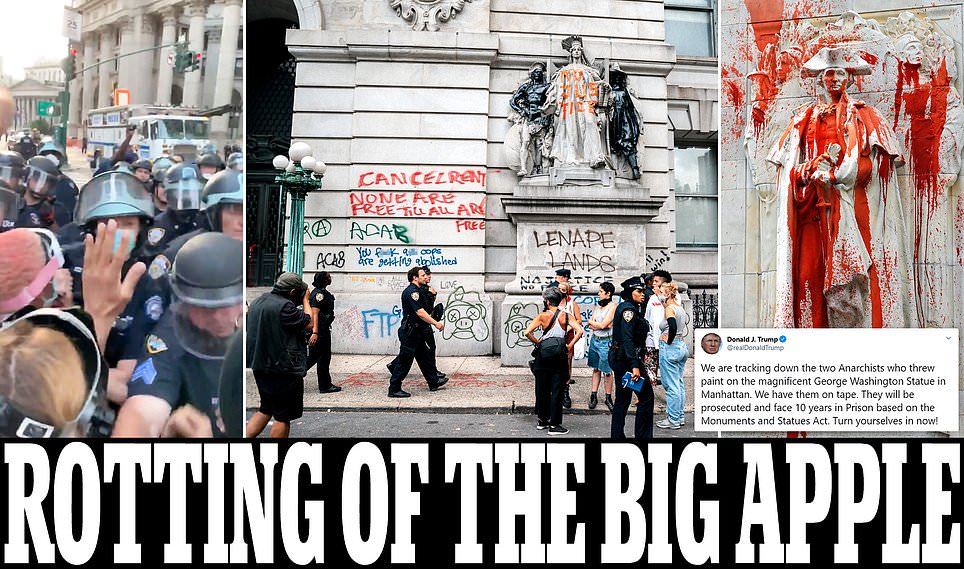 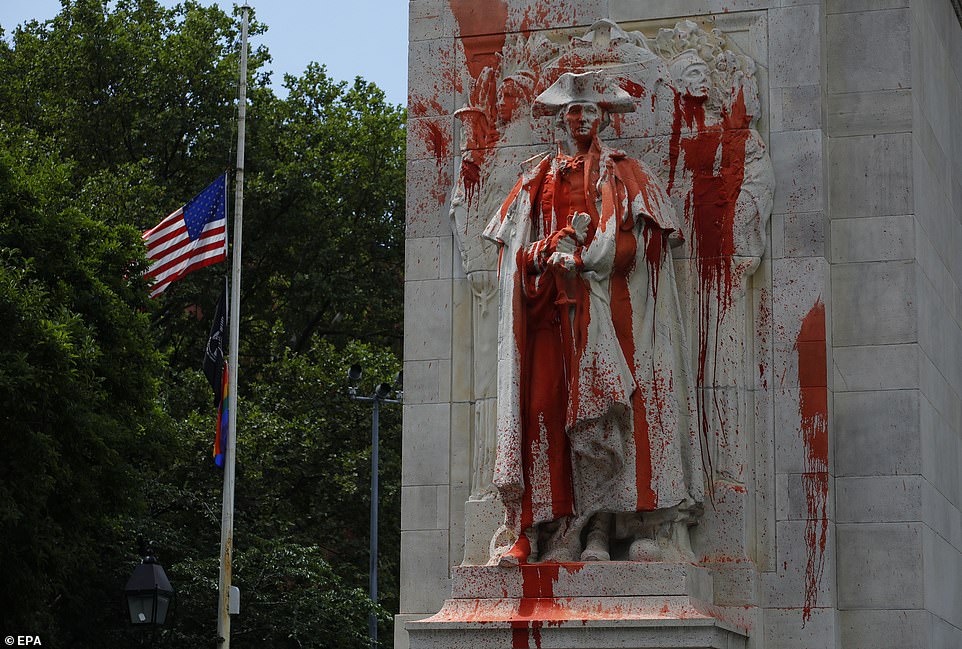 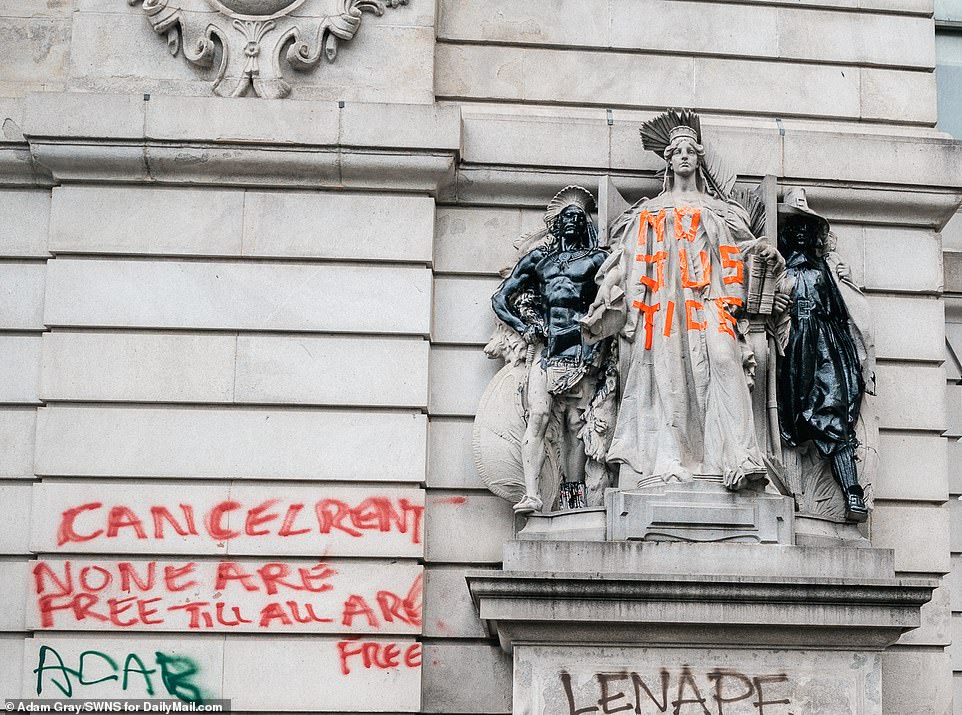 However others say it's not enough of a hit to the mammoth force which enjoys a $6billion yearly budget. They want more money to be taken away, and say that much of De Blasio's plan amounts to 'gimmicks'. School safety officers, for example, will receive the same amount of money but will no longer be considered part of the police budget. Instead, they'll be moved to the Department of Education.


But others - namely the NYPD Commissioner and Police Benevolent Association, one of the city's major police unions - say the need for a strong and bolstered police force is greater now then ever before, amid bubbling tensions across the city and nation in the wake of George Floyd's death.

Combined with de Blasio's lenient bail reform that puts more criminals on the street than before and a court system that has been back-logged for months because of the COVID-19 pandemic, they say crime is inevitably on the rise and that slashing the budget is not necessarily the right move.

There are also ongoing complaints that the NYPD is not cracking down on low-level crime like people breaching social distancing rules while dining outdoors, drinking in the street or being generally anti-social.

In Brooklyn, residents have been terrorized for nights on end by illegal fireworks being set off through the night, seemingly with little intervention from the cops.

The city's income took a $9billion hit when businesses shuttered at the start of the pandemic and now many remain closed.

Defaced: A statue of George Washington is covered in red paint after being vandalized in Washington Square Park in the early hours of Monday. America's first president owned more than 100 slaves, making him a target of recent anti-racism protests

Comment by vaughn mitchell on June 30, 2020 at 11:49pm
I bet they blame it on black people. The protesting got out of hand, you have racist vandalizing property and black people get the blame.