Rihanna's Bathtub Pic - Is it sweet or inappropriate?

An awkward photo of Rihanna and Sarah Paulson is going viral and quickly becoming a meme.
The photo shows Paulson touching one of Rihanna’s fake locs, and the look on Rihanna’s face alone makes the picture. But the captions being added to the image are just golden.
“I just think that all lives matter and it’s not a race thing. Btw love the corn roads,” one caption reads.
“I saw so many people with these cornrows during my trip to the Bahamas it’s so exotic,” says another.
“You are from Barbados? Where is that, in Jamaica?” another caption says.

To be clear, it’s unclear when the picture was taken and if it was part of filming for Ocean’s Eight, in which both women are starring. But in the meantime, we’re just going to sit back and enjoy the memes coming out of this situation. 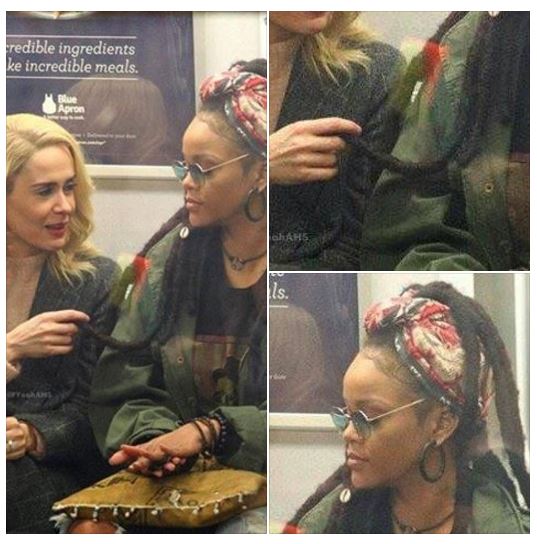 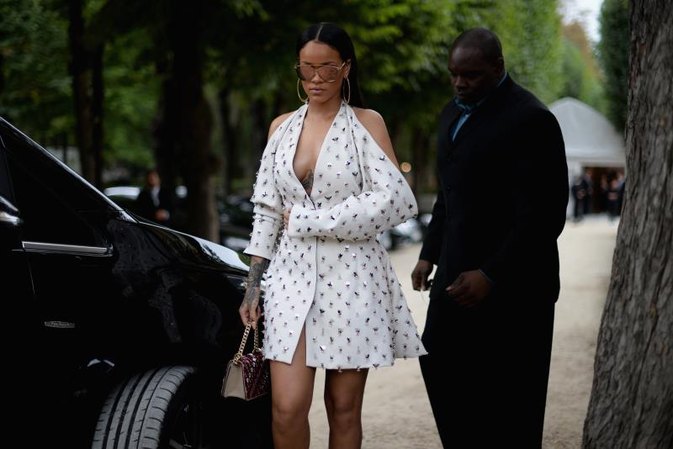 As a celebrity in the public eye, Rihanna has never been shy about sharing her intimate moments to the world via social media. But her recent Instagram photo has garnered some pretty negative attention. Why? Because it features the singer nude — with her young niece.

The photo, which was posted to Instagram this past Tuesday, shows the nude singer bathing her toddler niece Majesty and sharing a kiss. The picture’s caption reads: “unconditional.”

While many of her followers saw the post as a sweet moment — a child enjoying bath time with her aunt — some on the internet saw the photo as inappropriate. Others have even gone as far as calling the picture child pornography.

But while the internet has been divided over the issue of the appropriateness of this picture, it has raises the question: “Could such open behavior affect a child’s development?” Turns out, the actual effects are quite positive for the child’s mental health.

According to what clinical psychologist John Mayer, Ph.D., author of “Family Fit: Find Your Balance in Life," told Yahoo, it’s pretty normal for young children to be naked in front of family members they are close to. “In fact, it has many benefits,” he told Yahoo. “It helps children accept their bodies and who they are. It helps them accept differences between people.”

Mayer explains that it can also actually keep a child from being bullied in the future: “If a child is raised in a home where body acceptance is taught, then you protect your child from future bullying.” But he also points out that as children get older (around preschool age) you should stop being naked around them so they learn that being clothed is the social norm.

He goes on to explain that, to a child a kiss on the lips isn’t viewed as anything beyond a simple sign of affection and that for some families it's the norm. So there’s really nothing to write home about there.

But while it turns out that the situation depicted in Rihanna’s picture is actually pretty normal and healthy behavior between family members, the issue becomes that the moment is open to the public for criticism by being uploaded to social media. Not to mention that there are predators that lurk on social media.

So if you do decide to allow your child to grow up in a body-positive family, it may be wise to keep those moments offline — just to be on the safe side.

What Do YOU Think?

How do you decide what family moments to post to social media? Do you find Rihanna’s photo sweet or inappropriate? Let us know in the comments section below.

Comment by Big Woman on December 24, 2016 at 11:51am
Awwww its a cute picture. However you didn't need to post it! Keep some things private because some people are evil and see evil with everything which is a reflection of themselves.

What Americans see as dirty or pornography might be the norm in other cultures like in the Caribbean or Europe.  Who are we to judge?  I think the photo is adorable.

Much ado about nothing.

Comment by red bone on December 14, 2016 at 5:19pm
Her hair is like that for a movie role. Male actors walk around in beards and dye hair for the role they are doing. After the work is done you go back to yourself. This is about work you stupid a******* who is bashing the girl. Anyway RiRi always get the laugh laugh when she cash her check and you still talking.

Lmbo Rihanna is so extra but thats my girl, sexy ass

Comment by Willie Ward on December 12, 2016 at 3:48pm
We have to protect our children from pediphiles, perverts and child sex offenders fa-real. Just be mindful that they do exist...more than we can image I believe.